How many times have you gotten that surprise last minute email or call requesting that the most important PowerPoint file in the world be sent by EOD?

We’ve all experienced it at least five to ten times and 90% of the time, it happens: A) when you’re away from home or the office, and B) without your laptop, or c) stuck without wiFi access. While there is no real solution for being without your computer when you need to take care of things like detail-heavy TPS reports, there is a solution for being out in the world, away from home, and without WiFi. No, I’m not talking about hanging in the local McDonalds parking lot, or spending the day listening to the high-pitched whir of lattes being made at your local Starbucks.

I stumbled across Karma last year after seeing one of those little promoted posts that our friends at Facebook squeeze in to our feeds. At any rate, I was intrigued and decided that being able to, “Take WiFi with you anywhere, without contract or expiration” was compelling enough to warrant a deeper look into things. In October, after a year of waiting,I got my Karma Go, and I’m loving it. 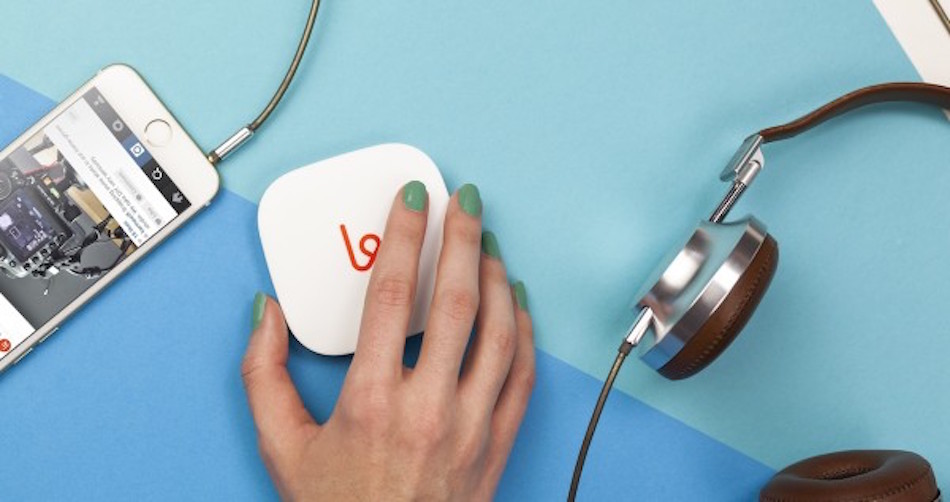 One of the things that sold me on Karma was that I didn’t have to have a contract or purchase bandwidth that was going to expire at the end of the month. The other thing that had me really interested was that unlike the other options out there Karma would actually reward me for being cool and sharing my hotspot.

When my Karma Go hotspot arrived, it came in a cool minimalist foil bag and included the Karma Go, a low profile USB cable for charging, and cool little gray wool pocket to keep track of the device itself.

Set up was actually quite easy and I was up and running in a minute or two. Basically you power up the Karma Go hotspot, wait for it to pull a cellular signal (Karma runs on a LTE, but in areas with low signal, it will defer to 3g); and then set my wifi connection on my laptop to “Karma WiFi”. Once you connect to the network, a window will appear on your screen. Then all you have to do is log in with the email and password you originally used to order your Karma Go with. If you haven’t created an account yet, you can do that within the same window, at which point you will also be able to purchase data or sign up for the Karma Neverstop monthly subscription.

As I was putting my Karma Go through the paces, I was present to having a really quick connection compared to past experience when I used to tether my laptop and tablet with a previously jailbroken phone. Karma boasts about data speed of about 6–8 Mbps with highs of up to 25Mbps for the pay as you go service that I purchased, and speeds up to 5Mbps for their monthly subscription service that they offer.

I tested the Karma Go hotspot at home, at work, in an airport and on a 12 hour road trip to a farm in Northern California. At home and in the office I had fantastic success and as stated in Karma’s marketing material, I was able to achieve up to 25Mbps speeds. However, we all know that those are not the normal conditions that you would be using a hotspot, so I took the opportunity to do some more testing during during a recent business trip to New York and a family trip to a Farm near Near Northern California.

For my airport test, I got to try out Karma’s raison d’être. Karma’s goal is to redefine hotspots and connectivity by rewarding users who share their connections with additional data. It works like this: I share my connection and Karma will give the person that connects 100MB of data to use and will give me 100MB extra for sharing my hotspot. (And for you security buffs, straight from Karma themselves “Each person connecting only uses your Karma Go to get internet from us, not from you. Their connection is isolated from yours and they use their own data only.” As a general rule SnapMunk recommends secure SSL connections when connecting to any site with valuable information. )

This test was a double bonus, as I did not have to pay a crazy rate for Boingo hotspot access, and I had a couple of people share my connection which scored me some extra data. Thought what I might start doing is just start carrying it and leaving it on to see how many data rewards I can rack up.

My last test was during the almost 6 hour drive up from LA to a farm in Northern California. Karma’s hotspot performed pretty well on the drive. (I was the passenger on this trip, so don’t start getting alarmed about paying attention to the road). Throughout the trip I managed to maintain reasonable data speeds with a fair amount of consistency. The difficult times presented themselves in cellular dead zones that characteristically impact phone service anyway, so I couldn’t really be upset with that.

When we got to the farm I soon realized why it’s important to check coverage maps before you set expectations for your cellular devices. The Farm was about 5 miles out from a usable LTE or 3G signal so for the time while I was there, I needed to rely on the house wifi.

As with any cellular device, The Karma Go is only as good as the infrastructure that supports it in a given area. It is worth checking out their coverage map to see what coverage looks like in your area.

I’d definitely say that my purchase of the Karma Go hotspot was a complete win. It was a total life saver and gave me the ability to reclaim almost 20 hours of productivity that before would have been spent by me being stressed that I was going to miss deadlines or deliverables.

Depending on your data needs, you can opt for the pay as you go option or the monthly subscription if you really require always on tethering with unlimited data. Either way, the Karma Go hotspot is certainly worth exploring. 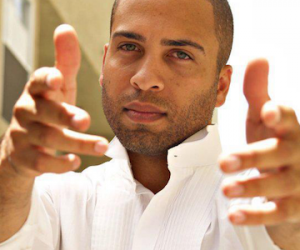 Eric is an LA based writer, actor and photographer who happens to be clinically obsessed with startups, tech, advertising and new media. In his waking hours he spends his time making the impossible possible for the world at large, finding new tech solutions to make life easier, and generally sharing somewhat helpful information on Twitter.

Follow Me
Latest posts by Eric Hargrove (see all)