It’s a product everyone wishes they had when they were kids: a light switch that turns into a night light. How many times have you run up the stairs after turning off the light to avoid being dragged down to the basement by a monster? Maybe your fear of monsters has faded since reaching adulthood, but that doesn’t mean you don’t need help with not stubbing your toe on every piece of furniture in the middle of the night.

Enter the SnapPower SwitchLight. While its creators had an original goal of raising $25,000 to fund the product, it raised $332,114 thanks to the 7,364 backers that supported it. Sean Watkins, the Founder of SnapPower, and his team didn’t know what to expect when they launched their product on Kickstarter — but it had a great turn out. “Any time a new product is released the reaction varies, so we were very pleased with the response to say the least,” said Watkins.

It’s pretty easy to install as well. All you have to do is unscrew your existing light switch cover plate, and replace it with a SwitchLight plate. No wiring and batteries needed.
“Each SnapPower cover plate is equipped with power prongs,” said Watkins. “As the new covers are slid over the existing outlet they automatically pick up electricity from the sides of the receptacle and begin delivering power to the cover plate. The light switch covers work the same way.”

This product is energy efficient and uses less than 10 cents of energy per year, so you don’t have to worry about your electric bill. The SnapPower SwitchLight has high quality, soft white LEDs that glow at 4,000 Kelvins, and can last up to 25 years. When the lights are switched off and the night light is activated, the light shines downwards and towards the floor. At the bottom left of the unit is a switch allowing the user to dim the light or turn it off completely. No extra power is needed, opening up more space in your wall outlet for more important things.

Watkins’s partner Jeremy Smith is the electrician who came up with the SnapPower SwitchLight idea 16 years ago. He worked on the idea for many years and, finally, settled on the current design. “Jeremy has always considered himself an inventor and as an electrician it was natural for him to invent an electrical product,” said Watkins. 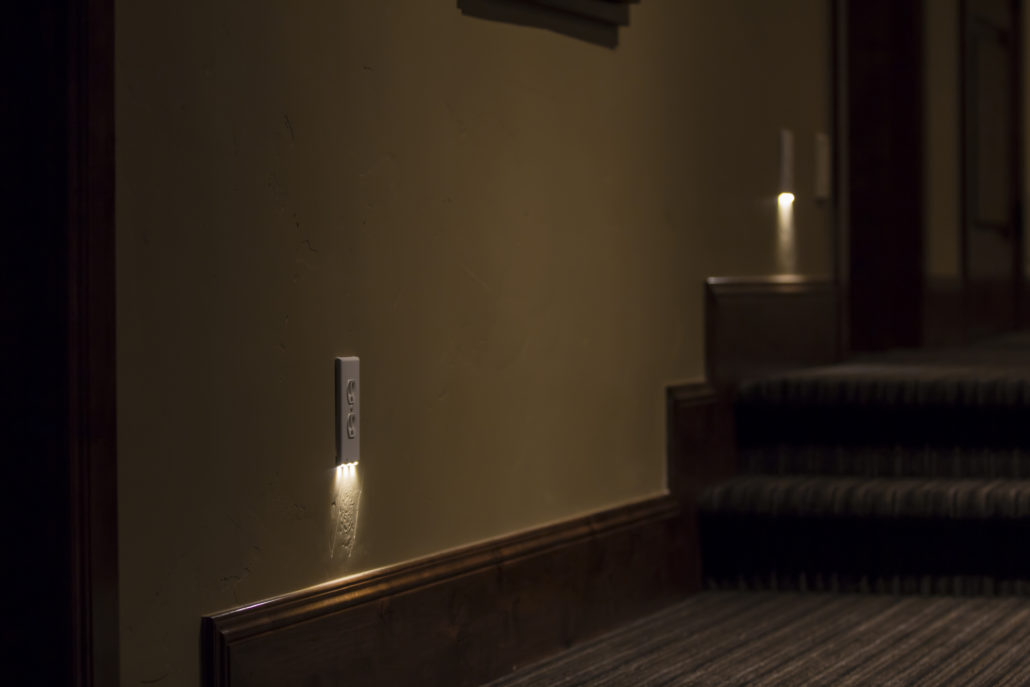 “We have around 25 employees and are growing fast,” Watkins said about The SnapPower company. His goal is to create a product line of powered cover plates that is recognized and used by every household in America.

With the money the company has raised, it will be using it to order additional inventory. Currently, SnapPower only ships to Canada and the United Stat. It comes in three colors: white, light almond and ivory. Early bird pricing for a single unit starts at $10 US on Kickstarter along with additional unit bundles offered.