Everyone needs a Sensei — without Mr. Miyagi, Daniel-san would have gotten his ass kicked well past puberty. But while preparing for standardized tests and a life of opportunity through education may not be as exciting as being transformed  into a crane-crouched bully-beater, it’s probably twice as important.

Varsity Tutors is a platform that helps students find the most elite level tutors to instruct them in a variety of subjects (e.g., Biology, Chemistry, Spanish, Geometry) and standardized tests including SAT, ACT, and GRE. Founded in 2007 by then investment banker Chuck Cohn, the startup raised $50 million in a Series B this past week. Technology Crossover Ventures, Stuart Udell, and Maroon 5 frontman Adam Levine led the funding round.

Dedicated to maintaining the quality of the product, Varsity Tutors holds rigorous screenings for applicants hoping to join the platform as tutors. This includes tests to assess the depth of their knowledge in various subjects and their ability to impart that knowledge to students in one-on-one sessions. Only a small fraction of applicants make it past this step. The Varsity Tutors roster includes graduates from colleges like Harvard, Penn State, and Stanford.

The company offers a hybrid service approach: besides having a tutor drop by their home or school for sessions, students can also choose to take classes via Varsity Tutors’ online platform, complete with a virtual whiteboard, native document editing capabilities, and of course, live video streaming.

Students who use Varsity Tutors have received over a million hours of instruction through the service and its network of 15,000+ tutors is spread throughout most major cities in the United States. In case students aren’t prepared to commit to the classes, there’s also a repository of over  100,000 practice questions along with answers and explanations available for free.

In 2013 the startup launched  Varsity Learning Tools, an initiative to make educational content available to students across the world. In 2014, Varsity Tutorial landed $7 million from David Karandish and Chris Sims of Answers Corp. With the infusion of $50 million to its kitty more recently, the St. Louis-based startup plans on improving the capabilities of its online tutoring service and ramping up its operations on mobile platforms. 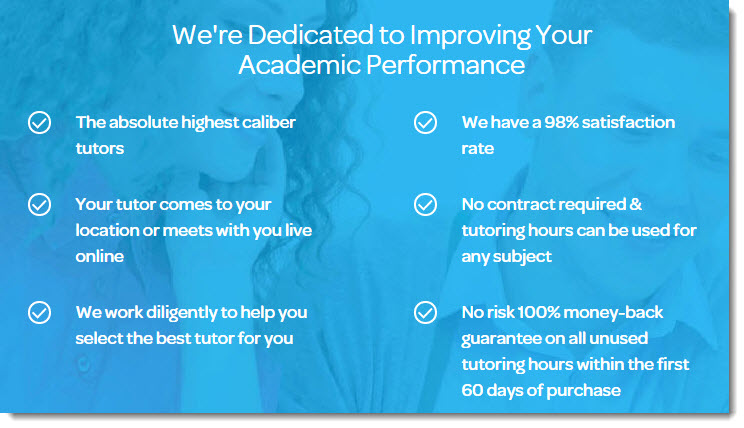 Of course, Varsity Tutors isn’t the first to offer either in-person academic coaching or its online equivalent. There’s definitely enough competition out there to keep the startup on its toes; this includes both Massive Open Online Courses (MOOC) services like Coursera and Udemy, along with websites that focus particularly on test prep, such as Khan Academy and Shmoop.

Operating in such a saturated industry, the team behind Varsity Tutors is sure to be spending a lot of its time and resources finding ways to position itself as unique. Where its focus lies currently is the caliber of its tutors, which is sure to continue attracting students hoping to make it into Ivy League colleges and other highly respected institutions. And with certificates from online courses being more widely recognized, there’s certainly going to be takers for the online tutoring platform it offers.