When you take the fact that automation has found solid footing in most industries at this point, it’s hard not to wonder what the next steps will be. Aside from utilizing 100% fully automated systems or workforces, what else can be accomplished with automation that hasn’t already been done? VR producer Voysys believes that live VR video systems are that next evolutionary step.

The original idea for Voysys came about at the end of 2013 when co-founders Torkel Danielsson and Jonathan Nilsson were working on developing a system for flying drones that would be operated by a VR headset. It was when Magnus Persson entered the equation that Voysys discovered its true purpose: to bring virtual reality to video conferencing. And on February 7, 2014, they officially launched their new company.

The path to success wasn’t always well-paved or easy to navigate. Despite the proliferation of automated systems throughout the professional landscape, VR hadn’t really made much of a splash outside of people’s homes—especially not in 2014 when the Voysys co-founders originally planned on launching their product.

According to Persson, “Upon first starting up, we thought that the underlying infrastructure, the Oculus VR headsets, would be ready to launch that spring. It wasn’t until the spring of 2016 that they ended up being released.”

Despite those original setbacks, the Voysys VR Producer 3.0 appears to have made a huge impact on live video presentations with companies like BBC, Red Bull, National Geographic, Disney, and Intel all using their technology with varying degrees of success.

For example, Supersphere hosted a live Facebook broadcast in 360-degrees of the world premiere of the film Beauty and the Beast.

As you can see, you can drag and scroll around the video, left and right, top and bottom, to experience the event as if you were there in real time. In addition, the live broadcast introduced a mix of both traditional 2D broadcast with the 3D, 360-degree format. According to Persson, it’s this new approach to VR video that’s bringing real value to producers:

“The main problem live VR producers have is that viewers of plain 360 video tend to leave their broadcasts after a few minutes. Our approach is to allow producers to position their 2D broadcast inside the 360 experience as the main attraction, and to add other elements to their broadcast in order to make it more valuable to users than traditional 2D broadcasts.”

Exploring the Future Possibilities of Video with VR

The folks at Voysys aren’t just content with taking their VR live video broadcasts to the next level, they want to create a better experience for their customers (the producers), too.

“We are the only Live VR video system that gives live producers possibilities to add user values like PiP-videos and overlay graphics on the fly during a multi-camera production,” said Persson.

There is a lot that goes into Voysys’s multi-camera production software, but it can be best summed up by the following features:

In addition, Voysys is dedicated to supporting their customers during the broadcast, which is why they try to be in attendance during all high-profile events. This enables them to help their customers as they get used to this new live production software while also giving Voysys the opportunity to learn more about what their customers need. 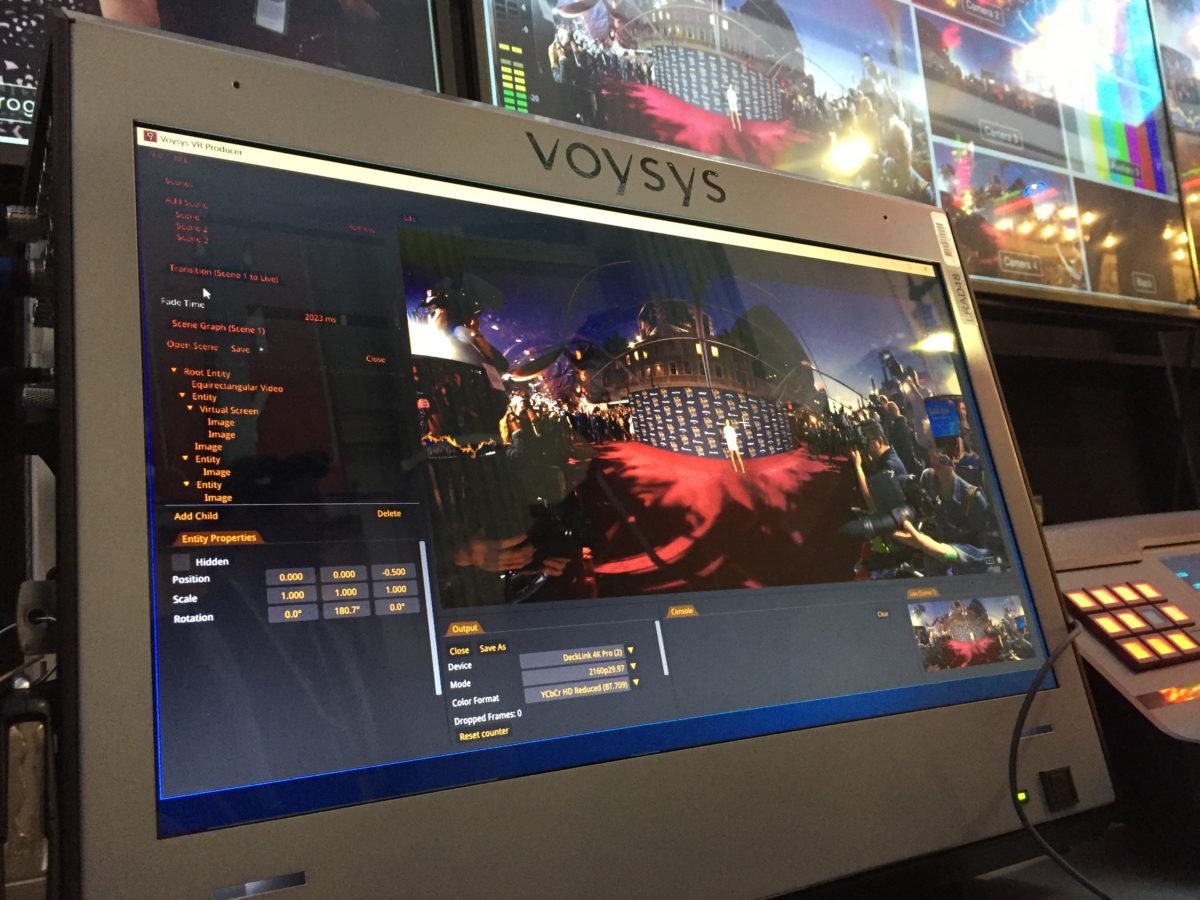 As for what the future holds for Voysys? Well, according to Persson, it’s hard to say. As they’ve entered a bit of unchartered territory here, their focus isn’t so much on what the next iteration of their product will be. Instead, they’re trying to focus on educating producers and broadcasters on the huge opportunity now presented to them by the growing adoption of VR headsets.

“The VR headset market is still not a mass market, which is something we cannot have an impact on,” lamented Persson. “360 live producers need to realize that a well-produced 2D production is still the main attraction for their viewers. But using our system, the 360 broadcast may deliver values much higher than any 2D broadcast can.”