How many chargers have you gone through? Yes, I am talking about the ones that don’t connect to your phone because the wiring on the inside has been damaged for the fifth time. What about the ones you get from the convenience store? You know, the ones that sometimes just won’t connect to your phone for no reason? Do you ever find yourself cursing at Apple for not making durable chargers? (Guilty!) VOLTA who recently raised $149,862 AU ($114,958 US) on Kickstarter might help you with your problems.

Think of tangle-free military grade material and strong magnets, that’s what this charger is made out of, and it is compatible with Apple, Android, and USB-C devices. They have used N52 neodymium magnets, three layers of military grade PVC protection, anti-oxidative, anti-corrosive nickel plating for maximum protection and 18k gold plate copper core plug and needles for fast charging. USB-A head for it to plug the head in a different orientation. 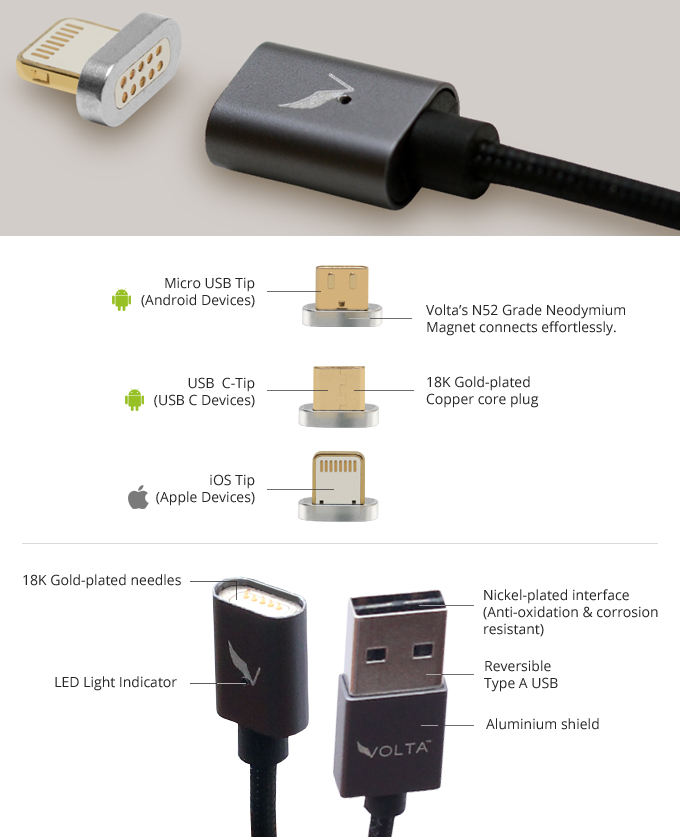 “We thought wow, wouldn’t it be better if Apple can make a magnetic cable for iPhones?” said Adedayo Charis, Project Manager of VOLTA. “Apple wouldn’t listen to their customers, as they were interested in making their customers keep coming back to them.”

This device also supports data transfer and can protect your phone from dust. You can simply leave the plug in the charging area of your phone and when you need to charge it you can use the cord to and let the magnets attach itself together then voilà your phone is being charged without the hassle. 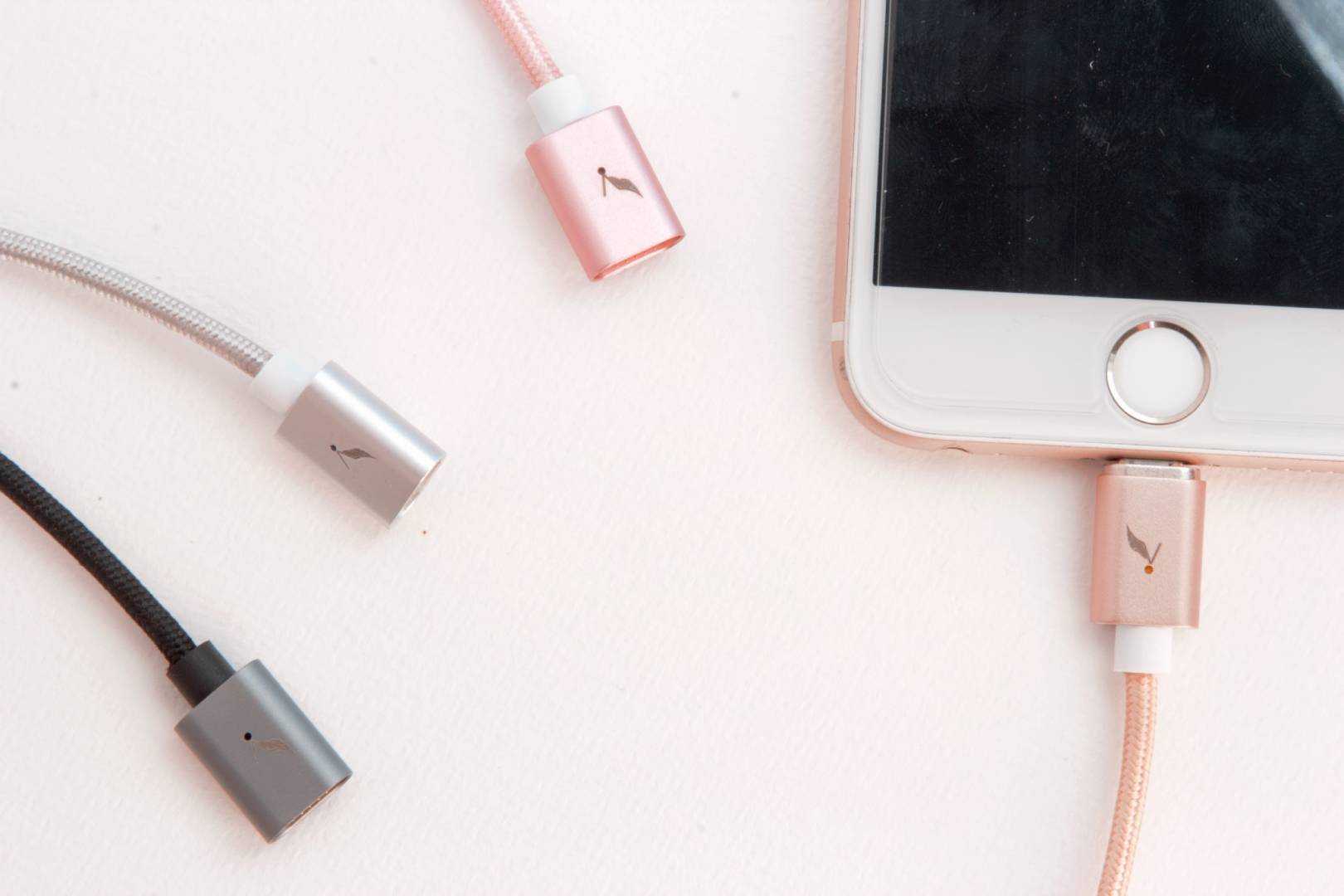 The idea was born in 2015. Just like everyone else Charis also felt the concern and pain of the struggles of Apple’s charging cable. “I have changed my MacBook charger up to three times and iPhone countless time. If Apple could make a phone that requested for our fingerprint as an ID, how difficult can it be for them to make a cable that can truly last and endure pressure,” said Charis.

“I’m a lover of technology,” said Charis who was born and raised in Africa where he started repairing mobile phones back in 2005. He ended up making some good money from it and reinvested the money in bank fixed deposits and spent it to sponsor himself to study Civil Engineering at Griffith University in Australia. “I chose civil engineering as I wanted to impact Africa and to help build infrastructure, power transportation, etc.” 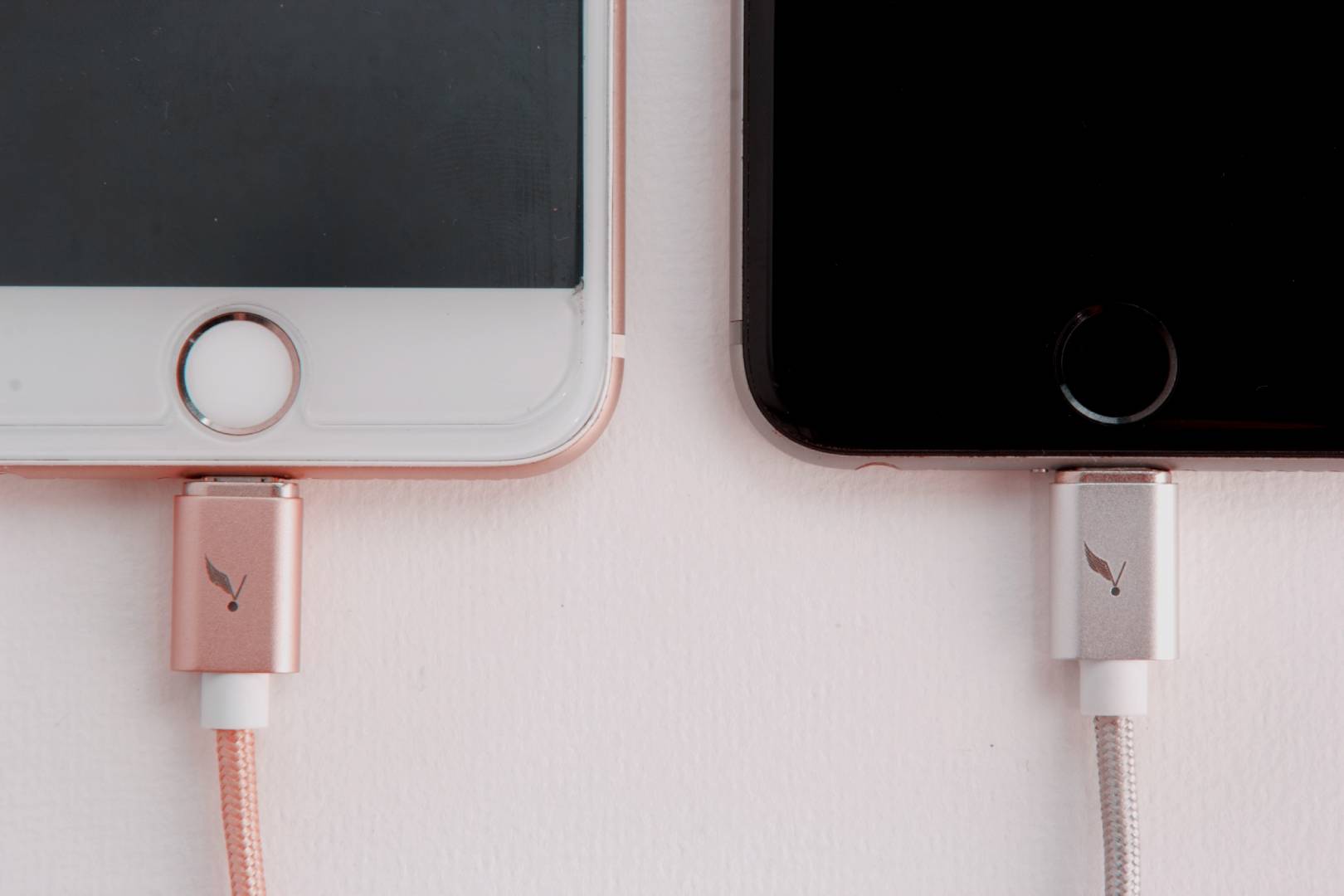 After raising the $149,862 AU on Kickstarter sadly, they got suspended on the website. “We were suspended, because couple of competitions got jealous of us, as no one could believe what happened, with no PR, no major advertisement, first project on Kickstarter etc. and we raised almost $150k in less than 17 days. Not just that, but we also won the love of the community and our backers,” said Charis.

The reason for being suspended is they were reported to Kickstarter for sending out product to backers to test as Kickstarter doesn’t allow project creators to send out samples to the backers. “I personally didn’t know this,” said Charis. “I just wanted the people to know they can trust us and that our honest and integrity are our capital. You can feel the level of the trust our backers have for us from the comment section of our campaign, they are still rooting for us.”

Not to worry, though, this project will be re-launching on Indiegogo on February 21st. You can see the project on this link when it’s launched.