To businesses, it’s an opportunity to make their outdoor advertising campaigns smarter and easier to track. For the rest of us, it’s free car rides. Not to mention, the cars are also fully electric and 100 percent emission free. LA-based WaiveCar may have just found a way to keep everyone happy.

WaiveCar was founded by Isaac Deutsch with the aim of providing low-cost transportation options to city-dwellers. In order to translate that aim into a viable business model, cars in the WaiveCar fleet display ads on digital screens mounted on their roofs. This makes the startup the first car-sharing service that directly foots operational costs with advertising dollars.

The process of getting to a WaiveCar is slightly more complicated than the average Uber or Lyft ride, but it’s also considerably cheaper. 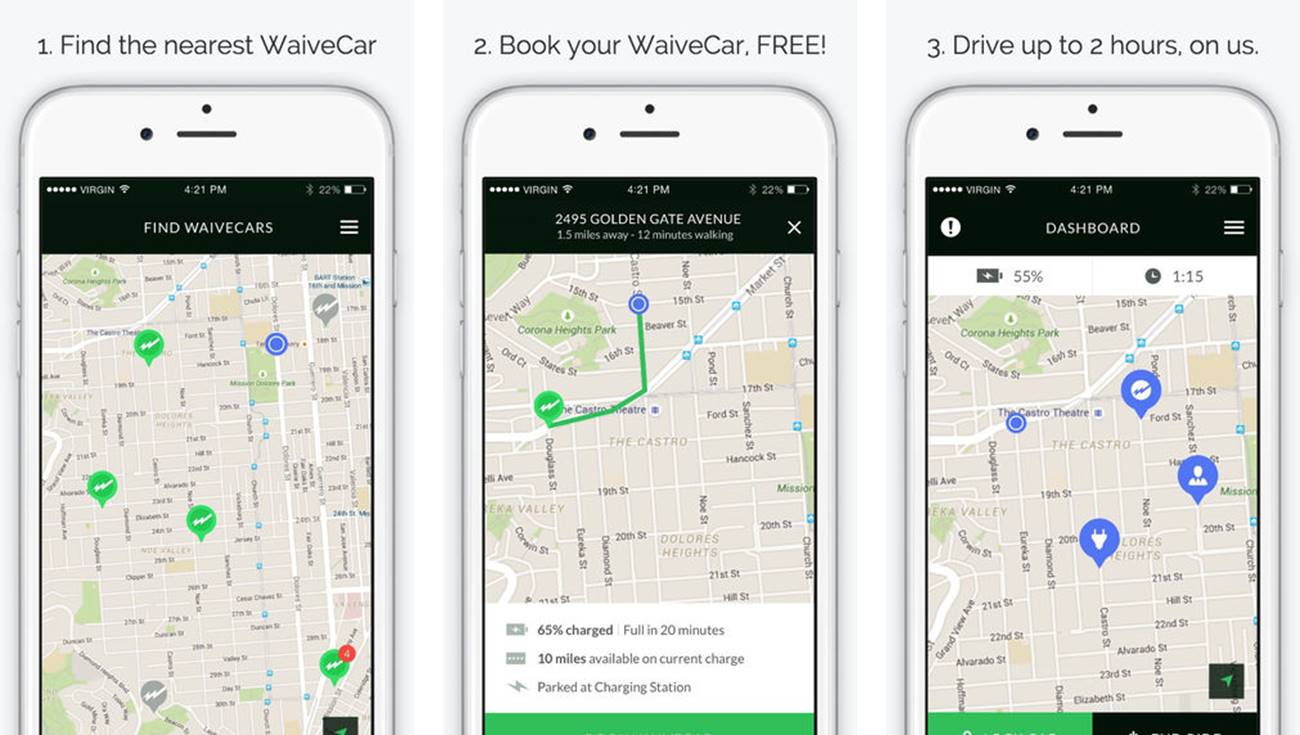 In order to get approved, a valid driver’s license and credit card must be submitted. Once that’s done, you can  pick a WaiveCar through a smartphone application available on Android and iOS. The app leads you to where an available car is parked, and conveniently unlocks the car with the press of a button inside the app. Once you’re done, you can park the car at a spot you’re led to by the app and be on your way. In the future, the company plans to set up valet stations so that drop offs are even easier.

WaiveCar currently rents out units of the all-electric Chevy Spark EV (4 doors, 4 seats, 141hp). As the fleet expands, users will have a wider range of makes and models to choose from.

The best thing about WaiveCar, of course, is its pricing model. Renting a car is free for the first two hours, after which it costs $6 an hour. The pricing ensures that rides are kept short and that a large group of people is able to make use of the service.

There’s also a clever rewards system by which users are given points for dropping the cars off at popular locations in the city, since that means greater visibility for advertisers. The points can be redeemed for additional free ride time. 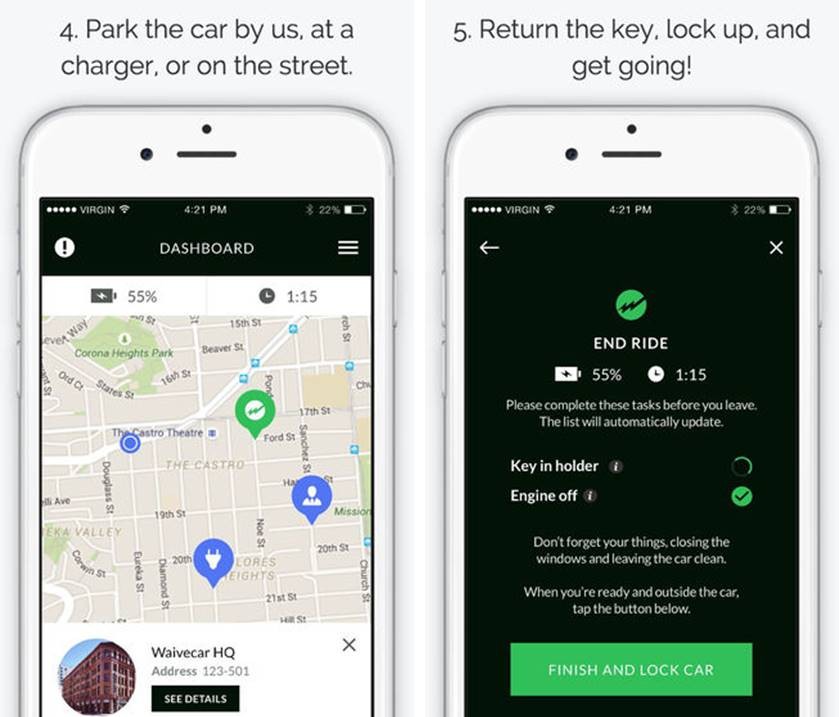 What makes WaiveCar’s very affordable pricing model possible are the military-grade digital displays mounted atop every car in the fleet. These displays are smart in that they can dynamically display geo-targeted ads, which is something that should interest brands carrying out hyper-local ad campaigns.

There are other startups vying for the attention of companies looking to invest in unconventional advertising media. Wrapify pays people to let them cover their cars in a laminate wrap with an advertising message. It’s not for everybody, but the drivers who do sign up can make around $400 a month for average commuting distances.

The key to WaiveCar’s success lies in the volume of its fleet, since that would mean greater reach for advertisers and the thus the ability to keep rides cheap as a result. The startup is currently testing the waters with a 20-car fleet in Santa Monica and Venice Beach. They plan on expanding the service to other parts of LA with 200 cars.