If you’re like most people, you probably don’t like getting out of bed in the morning. Fortunately, there’s now an app which provides a little extra motivation to get you pumped for the day ahead. It’s Rock Clock, an Android and iOS app created by professional wrestler Dwayne “The Rock” Johnson. The app is part of  Project Rock, a program Johnson created to help the general public reach their hopes and aspirations.

The app is more than an alarm. It’s almost like having a drill instructor keeping you on track. It’s also a goal progress tracker. The app enables users to choose from pre-defined goals (clean the garage, eat healthier, lose weight, etc.) or create their own.

As far as the alarm clock goes, there’s no snooze button and the alarms are designed to get the user pumped up each morning.  For example, setting the clock is having The Rock “Wake [your] ass up” at the time you choose. There are also 25 other wake-up tones which sound as tough as Johnson himself; heavy metal, a harp smash, and a roaring stadium to name a few.

Of course there’s the classic beeping sound, which is simply Johnson saying “beep, beep, beep… I could do this all morning…” 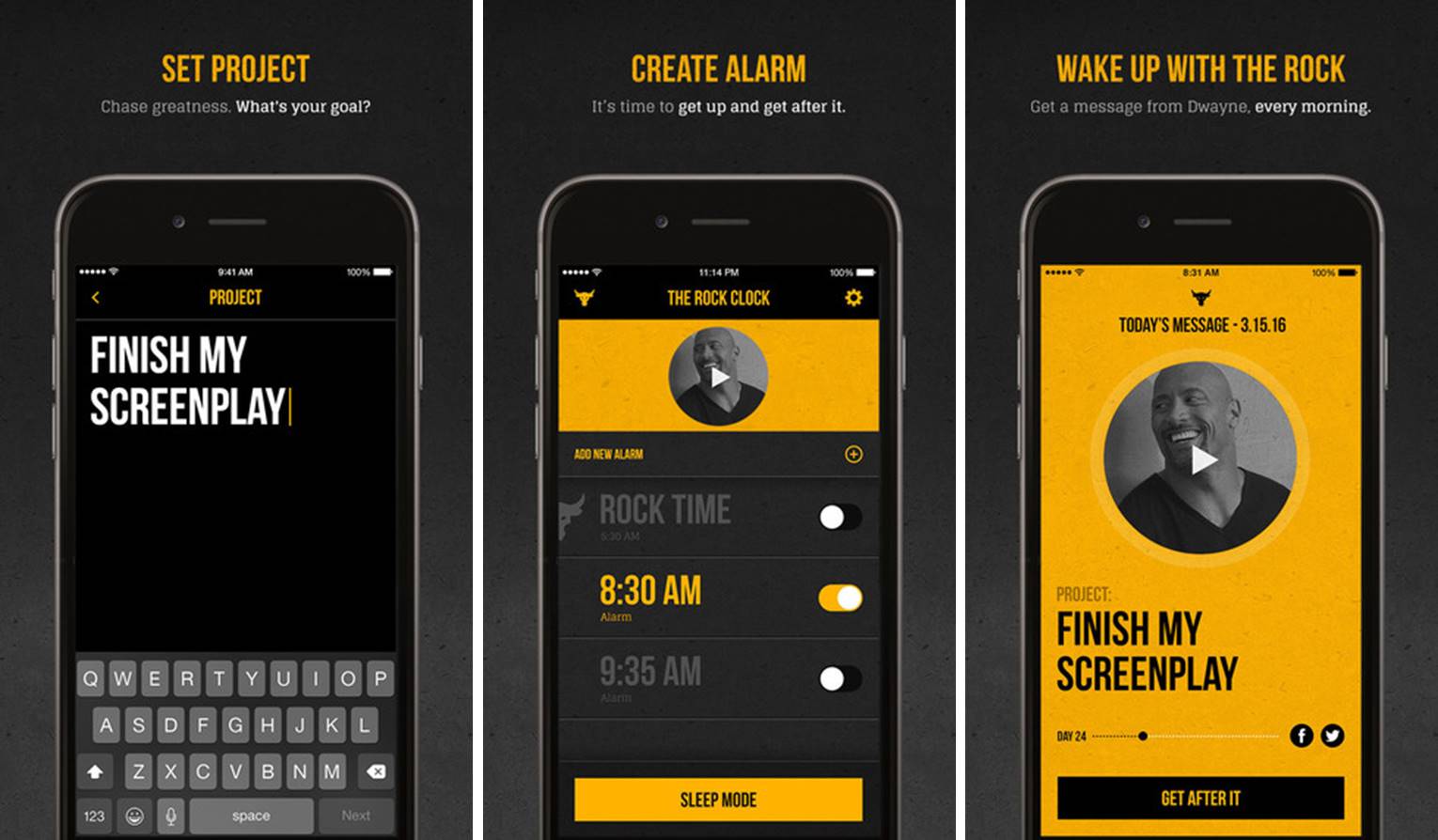 If you’re really ambitious, you can use the built in Rock Time feature within the app – it gets you up and at ’em at 5am each morning with the sound of, “Rock Time” spoken in Johnson’s voice.

Each day Johnson broadcasts a brand new video (filmed like a Snapchat story) to help keep users on track. Rather than just focusing on himself, he encourages users to send in screenshots for his shootouts each day.

7 Bucks Entertainment, the company behind Rock Clock, is the Rock’s media production company. According to a tweet, the company is named after the time in 1995 when he literally had only seven bucks in his pocket.

Aside from Rock Clock, Project Rock is involved in three other projects. The first project is the #GBOAT (greatest bags of all time) which quickly sold out after launch. Those bags are limited edition and aren’t going to be made or sold again. The other two projects have yet to be announced.

In addition to the motivational offerings, 7 Bucks Entertainment also owns Ballers, a television show centered around a group of football players and their families, friends, and handlers. 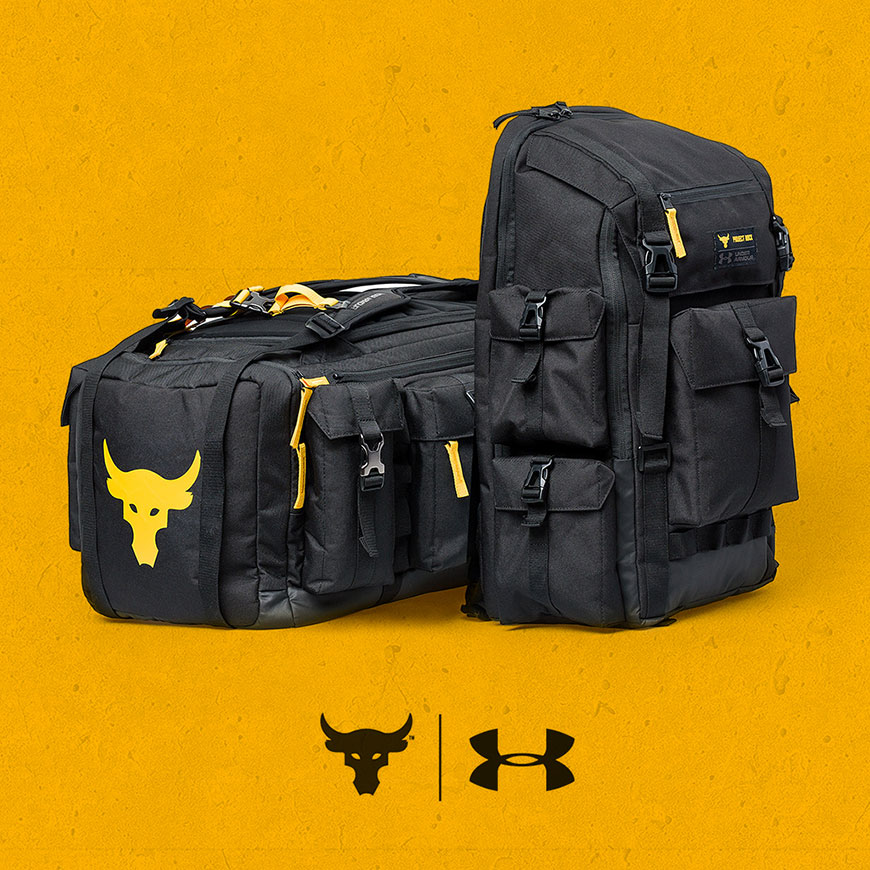