Facebook is boring. Twitter is in turmoil. It’s times like these that a newcomer traditionally rises from the ashes of the incumbents. Right on cue, one has emerged: Peach.

Founded by Vine co-founder Dom Hofmann, Peach, by its own definition, “is a fun, simple way to keep up with friends and be yourself.”

Peach initially repelled me. “It feels like someone tried to stuff all of Facebook into Facebook messenger,” I told my girlfriend. Upon first glace, it looked like a chat app, but it felt like a traditional social network, with a feed, adding friends and updating a status. But there was no newsfeed and updating my status looked like I was talking to myself.

As I peered around the community looking for similar impressions, what I found instead was glowing reviews and guides on how to use Peach – specifically, the “magic words” that allow Peach to be so much more than just images and text. 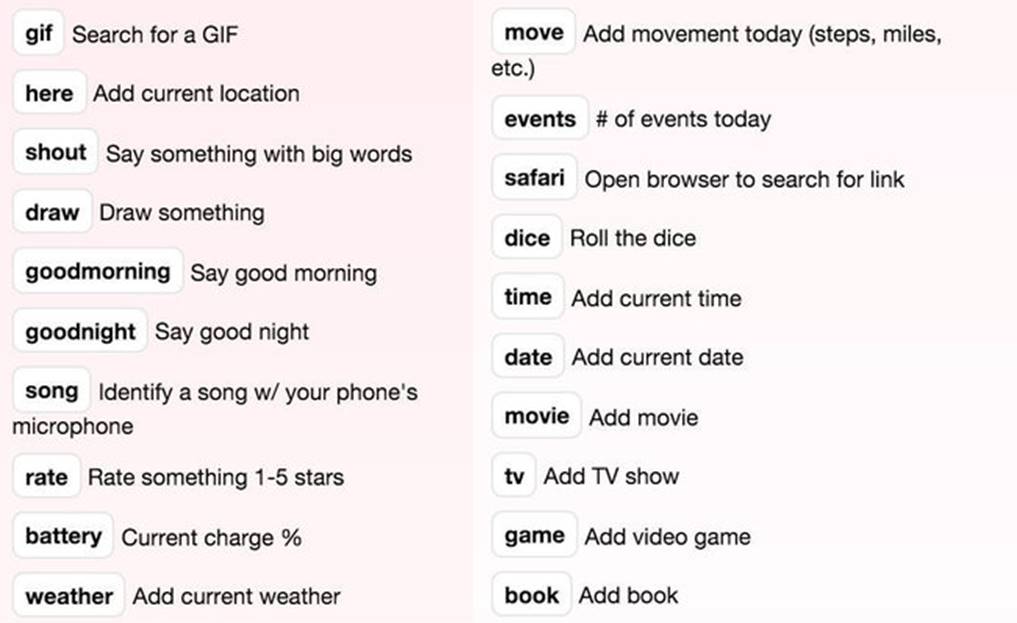 “Magic words” allow users to do a wide variety of cool things, from adding the weather to a post or telling everyone the time, to posting a song or free-hand drawing something. The newest magic word is “play,” which starts a game called PeachBall for users. I have to admit, the magic words are catchy. My favorite one is “gif,” which allows users to easily search for and add GIFs to posts. While Facebook and Twitter allow for GIFs to be posted, Peach makes it simple to find the perfect GIF within seconds.

Peach grew on me.

Another fun aspect of the app is getting to “wave” at your friends, a more modern version of a Facebook “Poke” (remember those??), but involving emojis. Waving isn’t the only option, though – you can also “boop,” “blow a kiss,” “hiss,” “praise” and “cake” (whatever that means) your friends. It’s a nice way to let friends know you’re thinking about them without having to find the right words. Peach took a concept that is well past ripe – Facebook pokes – and recycled it to make it, well, fresh.

Really, that’s the whole concept behind Peach: recycling. Take what we expect out of a social network – things we’re already doing to communicate across the Internet – and give them all one compact home. Everyone uses GIFs, so Peach made it easy to include them in a post. Everyone needs a quick game to play while waiting for something, so Peach has PeachBall. Everyone likes to overshare their lives, so Peach made it very easy to share everything in a way that doesn’t clutter up “newsfeeds”. 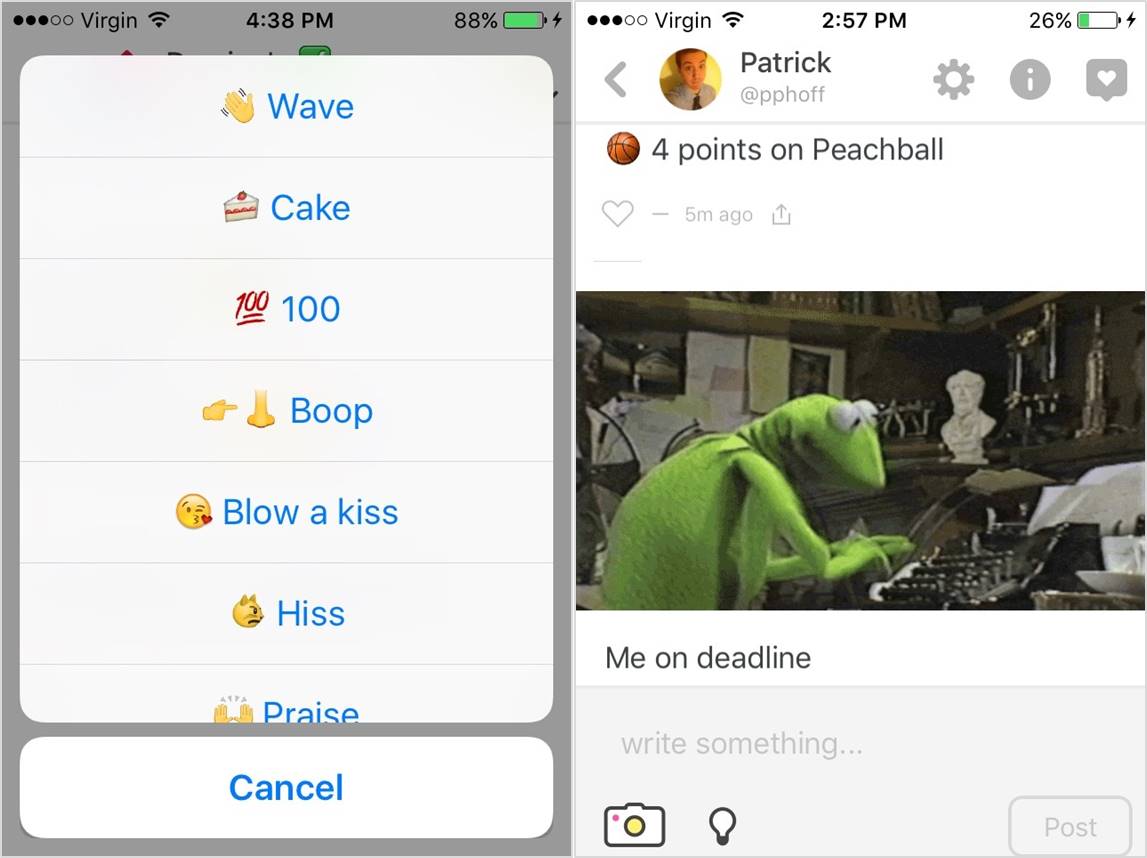 Mashable called Peach, “a mix between Twitter and Slack,” but I see it as more of a bite-sized Tumblr. Unlike Tumblr, though, you can only see posts from your friends, meaning that if your friends aren’t using Peach, it’s a wasteland. This makes Peach more personal and intimate, but also means that you can’t arbitrarily follow celebrities unless they are set up to “auto-accept followers” – assuming the rich and famous ever join Peach.

One frustrating aspect of Peach is that the only way to find friends is to sync your address book with the app or know their username off the top of your head – no synchronization with Facebook or Twitter. Perhaps this is to distinguish the newcomer from its predecessors, but in trying to connect with people you know, it’s a major downfall.

Peach will never replace Twitter, Facebook or Instagram, but it’s certainly (once you give it a chance) a surprisingly unique way to look at messaging and social media. On the surface it’s “new”, but really Peach has just done a good job framing the same, popular post, play and patty cake features in a slightly different context. And that’s not a bad thing at all. It may not be a small thing either…