A famous problem in theoretical computer science is the Traveling Salesman problem. In it, a salesman is given a list of cities to visit and distances between each of them. He’s tasked with visiting each city just once, but has to return to his home city using the shortest possible route.

As an actual human pouncing around the globe to make sure bottom lines don’t go bottoms up, things aren’t as cut-and-dry. There’s no concrete theory to follow and nowadays business travel is infinitely more complex than just planning a few stops. But don’t you worry. While there may not be math for that, there is definitely an app for that.

Travel can be a pretty taxing activity in and of itself. What makes it tougher is keeping pace with the barrage of information that accompanies the process.

An app that is indispensable in this regard is TripIt. You simply forward booking confirmation messages to an email address and the magic takes over. After scanning the email it then presents all the relevant information in easy-to-read, chronological order so your master itinerary is created automatically and available across devices – even offline. This works for all flight, hotel, and rental service confirmation emails. 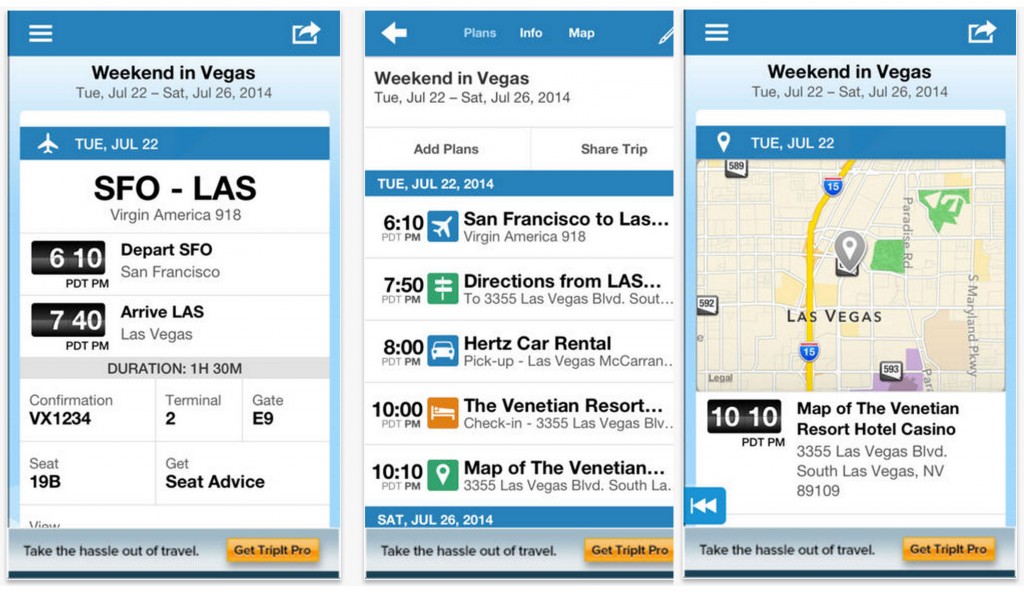 If you’ve ever arrived at an airport – for a first departure or a connection – and haven’t had the first clue what to expect, you were probably hoping for an app like Gateguru. It keeps users updated on information such as wait times, delays, and layover durations. Additionally, the app compiles an amenity list personalized based on the nature of the trip. That will help with scoring free WiFi, which is the first thing business travelers are known to seek out at airports.

AroundMe is great for visiting or passing through any city. The app pulls together information on all the local services you’ll need, such as hospitals, gas stations, banks, and bars. It accesses the GPS on your device to supply location-specific suggestions and directions. Contact details of establishments are also provided. So if you like working from coffee shops between meetings, AroundMe would be the way to find one.

If you aren’t familiar with the local language, you have two options. If you’re really ambitious – as you should be – you should learn the basics of the language using Duolingo.

But if that suggestion made you think, “ain’t nobody got time for that,” there’s the option of translating phrases as you need them. Google Translate has always been good to travelers in foreign lands. However, translating text isn’t always sufficient, so Google bought Word Lens last year to supercharge its visual translation technology. Now you can use Google Translate to interpret text on a menu or a sign by pointing your camera at it. Another app that does the same thing is WayGo. It works offline, and more importantly, supports Japanese, Chinese, and Korean, which Google Translate doesn’t yet.

If you’re working on the move, a basic requirement is often a mobile-friendly word processor. Google Docs is great for individual users and those who need to be able to collaborate with colleagues on the move. It gives you access to your files from wherever you have internet access, but also offline. The equivalent app on iOS is Pages, which can be used to produce files that are more visually appealing than the average text document. A newer participant in the space is Quip, a cross-platform word processor with advanced collaboration functions. The app is especially useful if you’re working with a team. 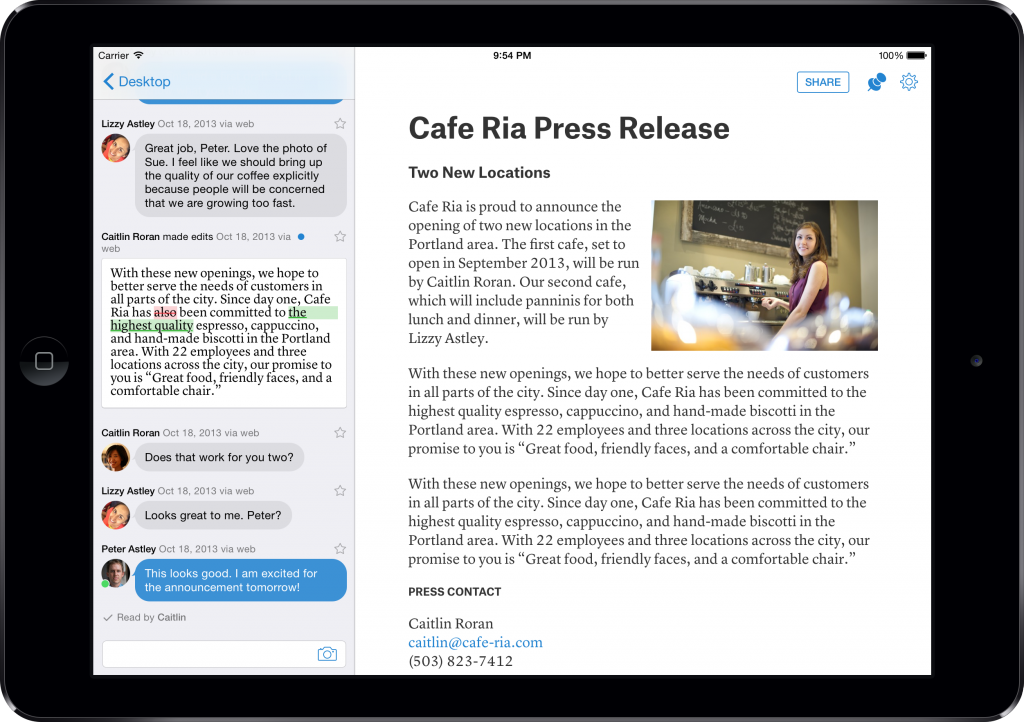 You can also get access to word processing and much more with Office Mobile which can be used to put together Powerpoint presentations, make edits to existing documents and access any files part of the core MS Office suite. MightyMeeting even takes things a step further allowing users to set up virtual meetings during which you can present slides, discuss things on a virtual whiteboard, and mail the final draft to participants in PDF format.