Pavegen provides tiles that turn kinetic energy into electricity. “I found a way to use energy from a footstep to rotate a flywheel,” says Laurence Kemball-Cook, the 30-year-old founder and now CEO of the London startup. “The more people walk on it, the more it spins.”

Pavegen can be used in both indoor and outdoor locations, working best where there is a high footfall concentration, like retail and transport hubs. The technology is discreetly integrated underfoot into the existing environment.

Ever since a Forbes article referred to Pavegen as the “Tesla of walking”, the company has hit a serious sprint. “Things have gone pretty nuts,” says Laurence. “Installations of our new product – V3, which we launched on 11th May 2016 – will be coming to Bird Street (London), Westfield Stratford (London) and Dupont Circle (DC) in the next few months.”

The triangular design of the V3 has generating flywheels at each point. “This means the module system can be interlaced to form large areas that do not lose potential energy generation through the creation of dead-spots,” says Laurence. “The V3 can generate five watts from each person in motion. This is 200 times more energy from a person walking than its initial prototype – due to a better designed floor tile and an improved flywheel mechanism that turns at 1500 RPMs compared to a previous speed of 80.”

In addition to improved efficiency, the launch of V3 represents a pivot for Pavegen technology from a kinetic-only vision to Floor, Energy and Data. Their updated portfolio includes smart floors and the business of data. For example, they are developing products that allow comprehensive analysis of consumer patterns by continuous footfall tracking and heat mapping.

The stats on food waste are mind-boggling in a world where so many go hungry. One third of the food the world produces ultimately goes uneaten. That’s a billion tons of food loss and waste every single year. Local London eco-heroes Tessa Cook and Saasha Celestial-One co-founded OLIO in hopes that their app will foster a “food sharing revolution” by connecting neighbors and local businesses wanting to exchange or sell surplus edible food. 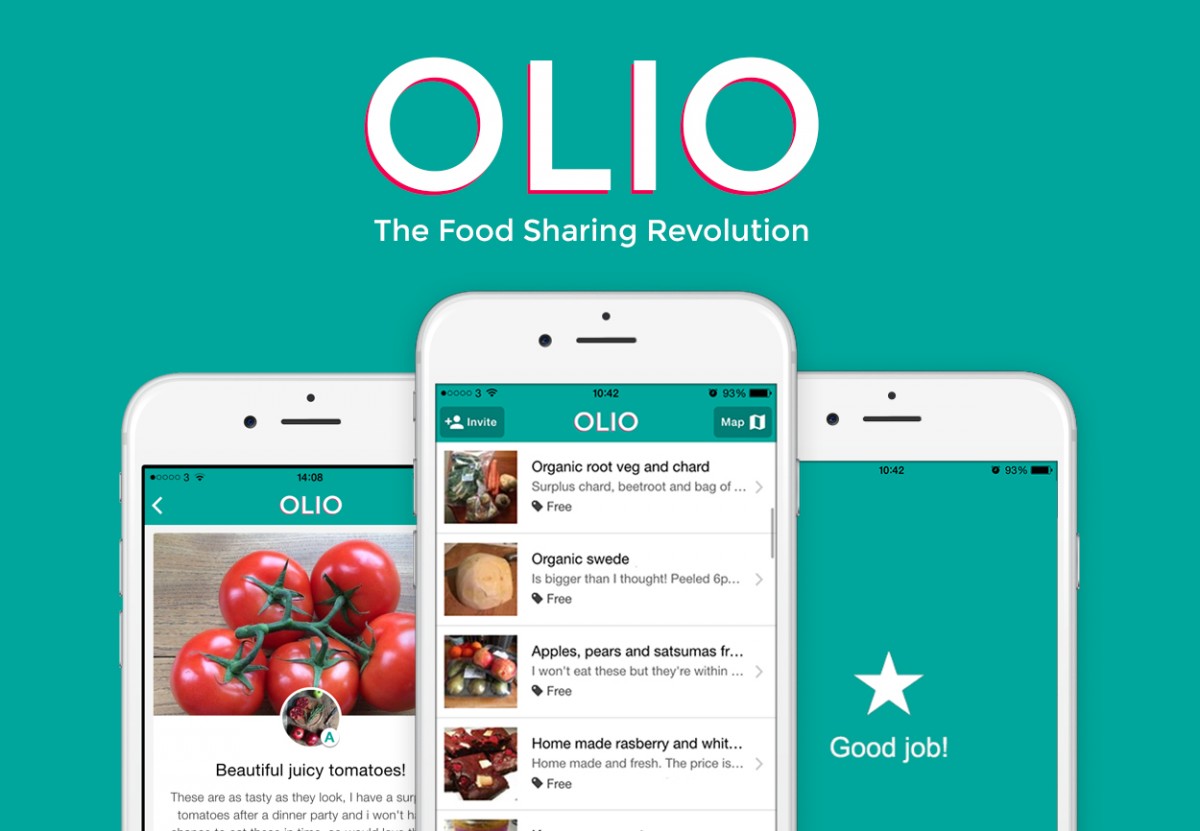 Users open the app, add a photo, description, price, and details of when and where leftover / surplus food is available for pick-up. On the other side, food hunters can look for items nearest to them, and arrange pick-up via private messaging.

“As a farmer’s daughter, I’ve always hated throwing away good food, because I know first-hand just how much hard work goes into producing it,” says Tessa. “The inspiration for OLIO came when I was moving countries and found myself on moving day with some good food that we hadn’t managed to eat, but that I couldn’t bring myself to throw away.”

Since OLIO’s UK launch in January 2016, the app has been downloaded over 50,000 times and used over 250,000 times. Earlier this month OLIO expanded into another 35 countries.

“OLIO became available for use in the U.S. just under two weeks ago,” says Tessa, “And we’re absolutely delighted to have seen food sharing already happening in Seattle, Mountain View and Portland amongst others. Using OLIO is not only a great way to stop good food from going to waste, it’s also a really fun and easy way to connect with your neighbors.”

“That’s produce that would otherwise be thrown away for being too big, too small, too ugly, or simply too abundant. Tons of perfectly good fruit and vegetables get rejected before reaching shop shelves in the UK. We turn that surplus into healthy snacks that contribute to one of your five-a-day.”

The two partners who started Snact, Ilana Taub and Michael Minch-Dixon, began by collecting surplus fruit at London’s wholesale markets, making snacks in a kitchen in Hackney, and then selling them at markets and events across London. With the support of a growing crowd of what they call ‘Snactivists,’ they then raised £13,516 on Crowdfunder to take Snact to the next level.

“Millions of tons of fresh produce get wasted before ever reaching shop shelves,” says Ilana. “We want to keep growing so we can tackle more food waste and have a bigger impact. Waste occurs at many different stages of the supply chain, and across all sorts of products and categories. We hope we can eventually expand into those, creating tastier snacks out of different types of surplus.”

IIana concludes, “Snactivism is about seeing the best in things and believing that lots of little acts can add up to something meaningful. By using surplus produce, we tackle the causes of food waste so that with every snack you make a positive act toward a better food system.”

Where Snact uses surplus food to create delicious munchies, London startup Toast Ale does the same for drinks; they produce pale ale from fresh, surplus bread. Tristram Stuart, international award-winning author, speaker, campaigner, and expert on the environmental and social impacts of food production, created Toast Ale in 2015. All profits go to the food waste charity FEEDBACK, founded by Tristram, which aims to put a stop to food waste.

Tristram was inspired by the Brussels Beer Project, who created Babylone with bread (based on an ancient Babylonian recipe) that would otherwise be wasted  – making beer out of bread is an “innovation” that may be as old as bread itself. 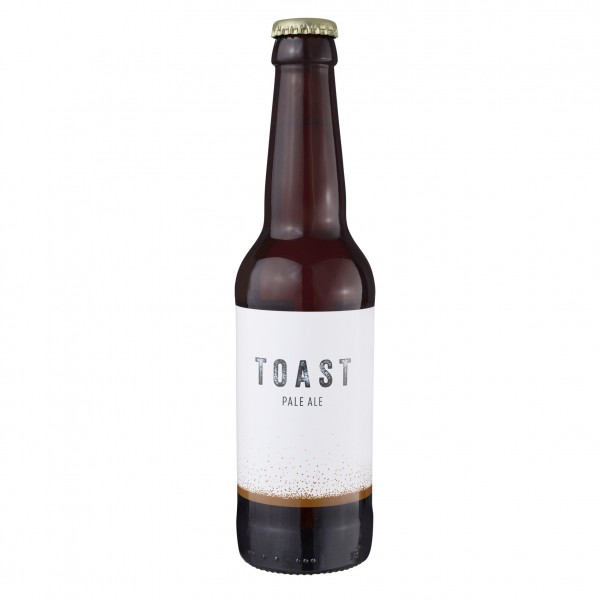 “We want to partner with food waste activists, craft brewers and local sources of bread waste around the world to make Toast ale,” says Julie Prebble, head toaster. “We hope to reduce waste, raise awareness and raise funds for local food waste activism and Feedback. Contact us if you want to be part of a global brewing food waste rev-ale-ution!”

Growing Underground – Feeding The City From Below

An agricultural revolution is underway. Not in the broad light of day, but 100ft beneath London in the unused WW2 air raid tunnels of Clapham. That’s where commercial urban farm startup, Growing Underground, is growing sustainable micro greens and salads. Perhaps surprisingly, it’s in an environment that is water-efficient, energy-efficient and pesticide-free. Of serious foodie interest is that Michel Roux Jr – chef patron of London’s Le Gavroche – is a non-executive director. 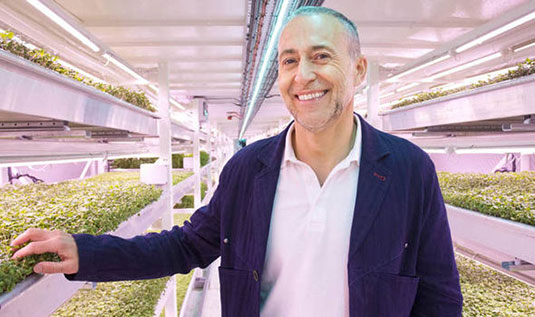 Entrepreneur Richard Ballard and his business partners haven’t only gone deep and reconfigured the value chain in terms of location. With the help of Microsoft, through a series of tablets and the power of the cloud, they have done the same with communications, growing environment and supply chain. The result is that their super-fresh products can be delivered to markets, restaurants and food retailers around London within 4 hours of being picked and packed – from production to plate in the same day. 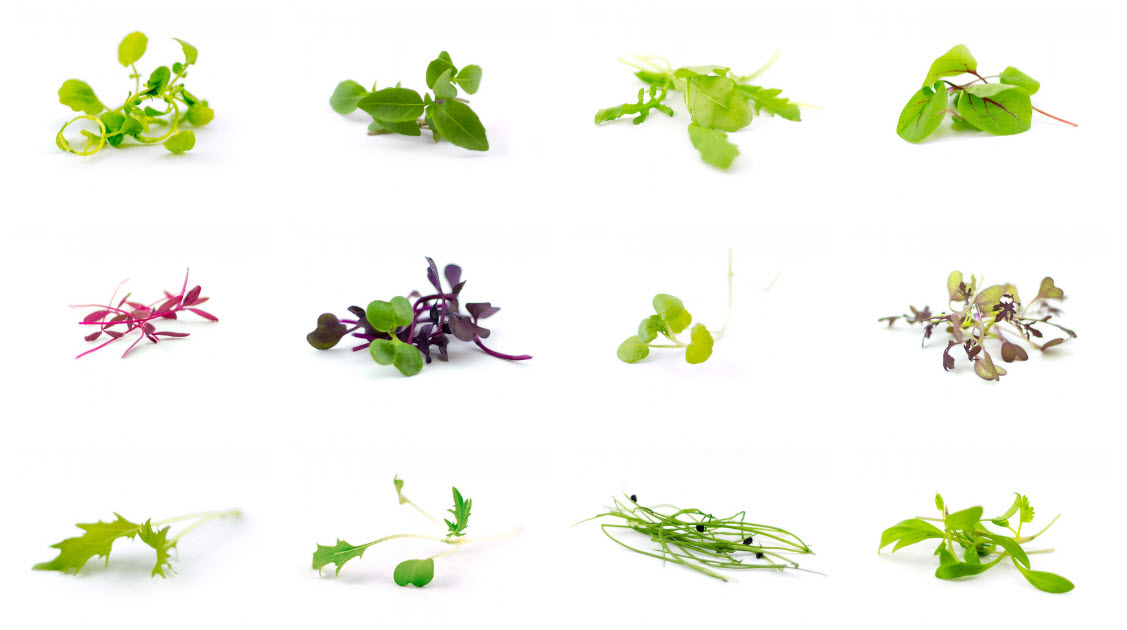 The seedlings are grown using LED lights and hydroponics which allows the company to control every aspect of the plant’s growth, from size and maturation, to the strength of the flavor. Growing Underground can produce up to 2,000 herb packs a day. While they currently only supply to hotel and food service industries, their farm, like those of Spread in Japan, is a good example of how fresh produce can be grown in an urban environment.