A recently released report by the U.S. Department of Agriculture (USDA) shows that total farmland in the United States has decreased by 1 million acres since 2014, a loss of 18,000 farms in only one year. Along with U.S. farms and farmlands decreasing, the American farmer appears to be headed for the endangered species list as most are over 57, white males, who often have no succession plans.

There does not seem to be much hope of replenishing the farmer pool with younger genes. According to another report commissioned by the USDA, there will be 20,000 fewer university graduates in the fields of agriculture and the environment than will be needed in just the next five years.

There is growing concern and consensus that the U.S. and indeed the world’s current food production paradigm is unsustainable. The U.N. estimates that by 2050 we’ll need to sustainably produce 70 percent more food than we do today – as measured by calories – just to keep up with global population growth which is expected to have reached 9 billion people by then.

There is a growing problem with growing food. Robot farms might offer one solution.

When it comes to robot farms, Japan appears to be leading the way, with Spread, a Kyoto-based company that recently announced it will be opening the first farm run almost entirely by robots in 2017.

Spread is a sustainable vegetable producer and plans to allocate almost all of the labor involved in growing thousands of heads of lettuce at its new facility – called the Vegetable Factory™ – to robots. The only cultivation process that will still be performed by humans is planting the seeds.

“The seeds will still be planted by humans, but every other step, from the transplanting of young seedlings to larger spaces as they grow, to harvesting the lettuces, will be done automatically,” said JJ Price, Spread’s global marketing manager.

The move comes amid rising concerns in Japan that an aging population will soon result in a potentially crippling labor shortage. As a result, government and tech industries are pushing the development of robots to take over a significant portion of work currently done by humans.

The majority of Spread’s robots will be articulated arms that work around a conveyor belt system, which will run throughout the 4,400 square meter farm. The installation will look more like a high tech manufacturing center – think microchips – than a traditional farm, with floor-to-ceiling shelves growing pesticide-free lettuce.

The Spread website claims that the new farm – an extension of Spread’s existing Kameoka farm technology – will improve efficiency and reduce labor costs by about half. The smart farm will automatically optimize temperature, humidity, and CO2 levels, as well as recycle 98% of water and control the specialized LED lighting for optimal growth. 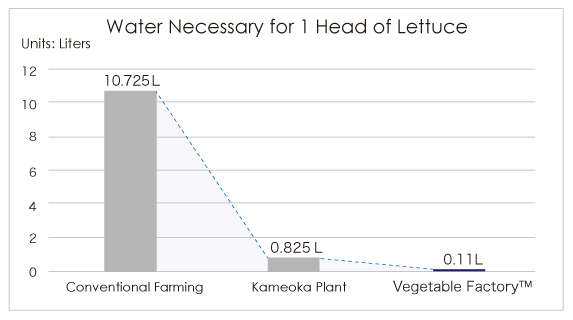 “Our new farm could become a model for other farms, but our aim is not to replace human farmers, but to develop a system where humans and machines work together,” Price said. “We want to generate interest in farming, particularly among young people.”

Price said the introduction of robotics will enable the firm to increase production by an additional 30,000 heads of lettuce a day to 51,000 a day between its two farms.

From a food safety, health and sustainability perspective, and important for the growing organic consumer category, Spread’s Vegetable Factory™ offers the advantage that there is no need to use pesticides for the production of their premium Vegetus lettuce products since they have been cultivated in a completely closed hydroponic environment.

Vegetus lettuce is available as Frilly, Pleats, Mediterranean, and Green & Red variants. Each lettuce is packaged and sealed immediately in a flexible film package after harvest, and then stored in a refrigerator until it is shipped by cold chain delivery vehicles that manage and measure the temperature throughout transportation. 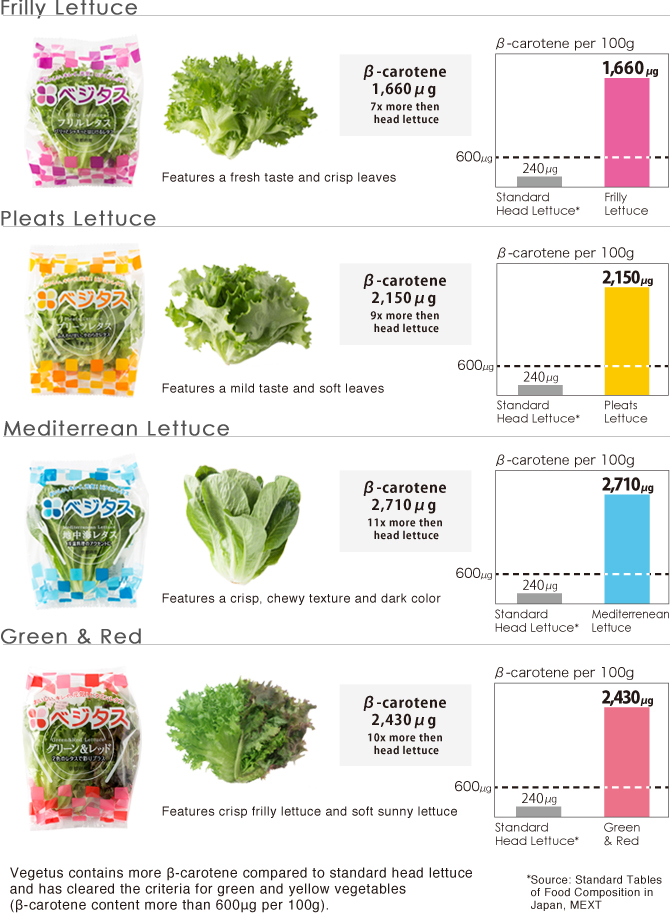 While the Spread flexible packaging currently used is not compostable, if it was, it would allow for the packaging to be disposed of along with food waste, a more sustainable end-of-life solution than landfill. Since Vegetable Factories™ can be built where consumers are, they allow for effective sustainable farming and local production for local consumption.

This is very likely the future of farming – at least in Japan where the shrinking agricultural sector is a reflection of a wider demographic crisis, with the average age of the country’s farmers rising to 65.9 in 2011.

In a scenario where the future of food itself is at stake, companies that can develop a strong portfolio of technologies that make the growing process more efficient would have a competitive advantage in the decades ahead. This may explain why a number of well-known Japanese electronics companies are investing in agriculture technology, turning old semiconductor factories into indoor farms.

Technology firms like Panasonic, Toshiba, Sharp and Fujitsu are all experimenting with robotic farming solutions. According to the Wall Street Journal, Fujitsu began selling lettuce from the company’s Aizu-Wakamatsu plant in 2014 and Toshiba said it would begin growing vegetables inside an ex-floppy disk factory near Tokyo. 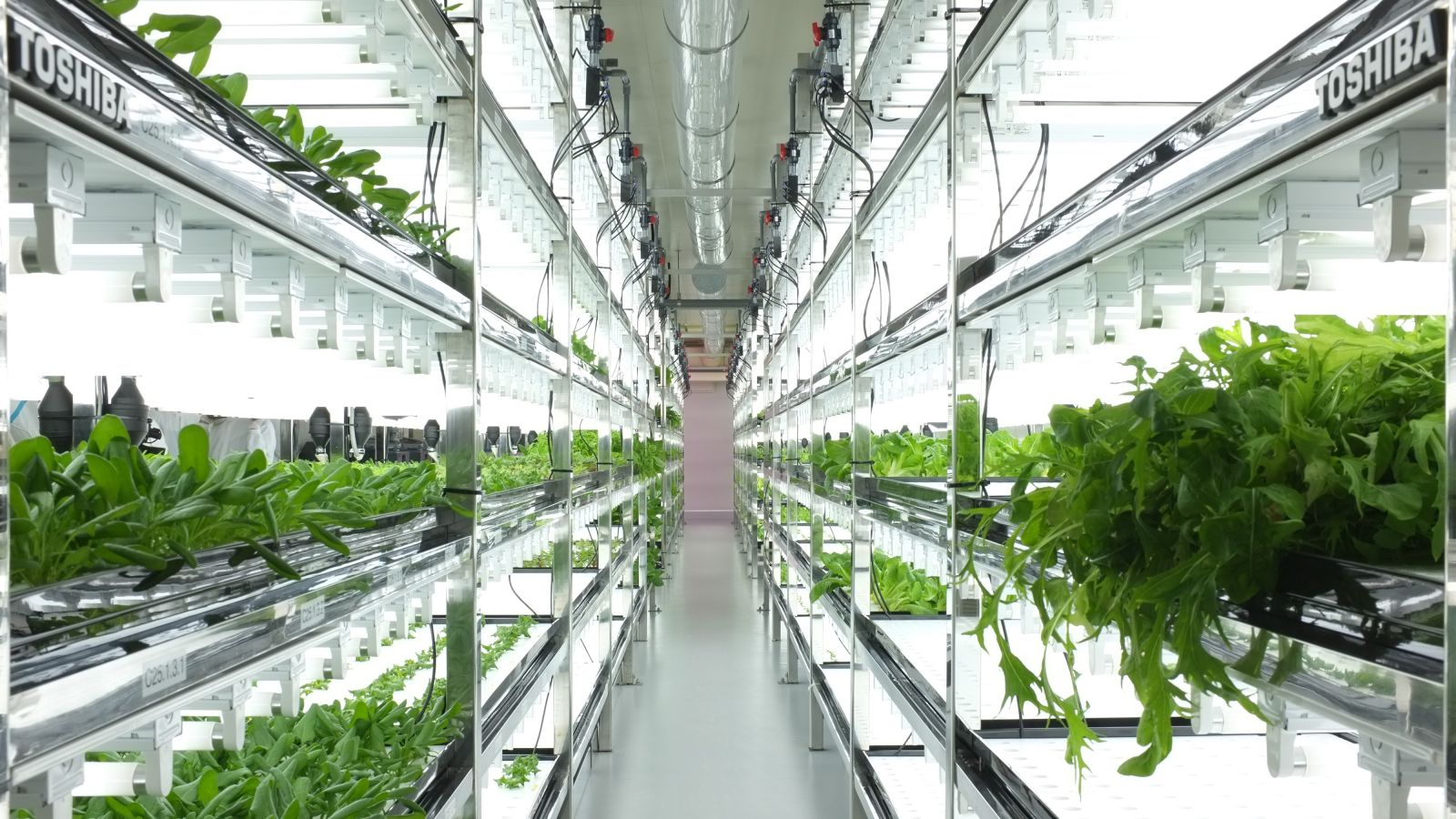 Panasonic is selling greenhouses controlled by computer programs to grow spinach and other vegetables and is also working on automated pickers for easily-bruised fruits and vegetables. In the past, robots haven’t been up to the task of picking soft fruits and vegetables, but that has changed thanks to advances in machine vision and tactile sensors.

The Panasonic tomato picker is a networked robot that would harvest tomatoes in the field based on an accurate assessment of the color, shape, and location of each tomato, at a rate of about one every 20 seconds. The final version will apparently be able to automatically move around the ridges in a field and transport tomatoes or other fruit to baskets and transport vehicles, thus taking over every step of the harvesting process.

Robots may not inherit the Earth, but they will soon be farming it.