A while back, Mark Zuckerberg showed off Jarvis, an AI personal assistant he had built to help around the home–his home. Unfortunately, the technology has yet to go into production. For those of us hoping for something similar, there’s Duo, an AI-powered computer with a mirror-based interface that’s meant to serve as mission control for your soon-to-be smart home. It won’t shoot your clothes at you or speak in Mandarin like Jarvis (yet), but Duo has its very own bag o’ tricks.

Duo looks like a mirror, but its creators insist it’s not a smart mirror; they’d much rather call it a computer that happens to have a reflective screen. The reason it does have a reflective screen is that the device is a pretty substantial 27 inches in height. Getting such a large piece of additional equipment to blend in with the interiors in a room would be a tall order unless you just made it reflective, so it takes on the features of whatever it is around. It helps that reflective screens look pretty cool and have that futuristic vibe to them.

To cover the rest of the hardware details, Duo has a full HD display that supports 5-point touch. It is just 1.9 mm in thickness and weighs eight pounds. As you can see in the promo video below, the build and UI are in line with what you’d expect from a device that hopes to become the interface between you and your home.

Now to get to what Duo actually does. Everything the device can perform is delivered through an artificially intelligent personal assistant called Albert. If you don’t like Albert’s accent or name or gender or sassiness, you can tweak it–all of that stuff is customizable. What you will probably like, is that Albert can understand what you’re saying in conversation, much like Alexa or Siri. He can then execute on commands you give, such as playing a specific Spotify playlist, browsing the Web based on oral searches, streaming video, reading the news, and a lot more.

The more home-specific features include the ability control lights or set the temperature in the room just by talking to Albert. The feature list isn’t limited to that, since the makers offer developers access to the HomeOS SDK. The apps that are made by developers will be available on Duo’s very own App Store.

Duo is accepting pre-orders for units of its AI-powered mirror computer home controller device thing, priced at $399 for the first 1000 people who book it. Crossing that number, the price will be upped to $500. The first batch is expected to start shipping October 2017, but the makers admit on the website that they could encounter shipping delays. 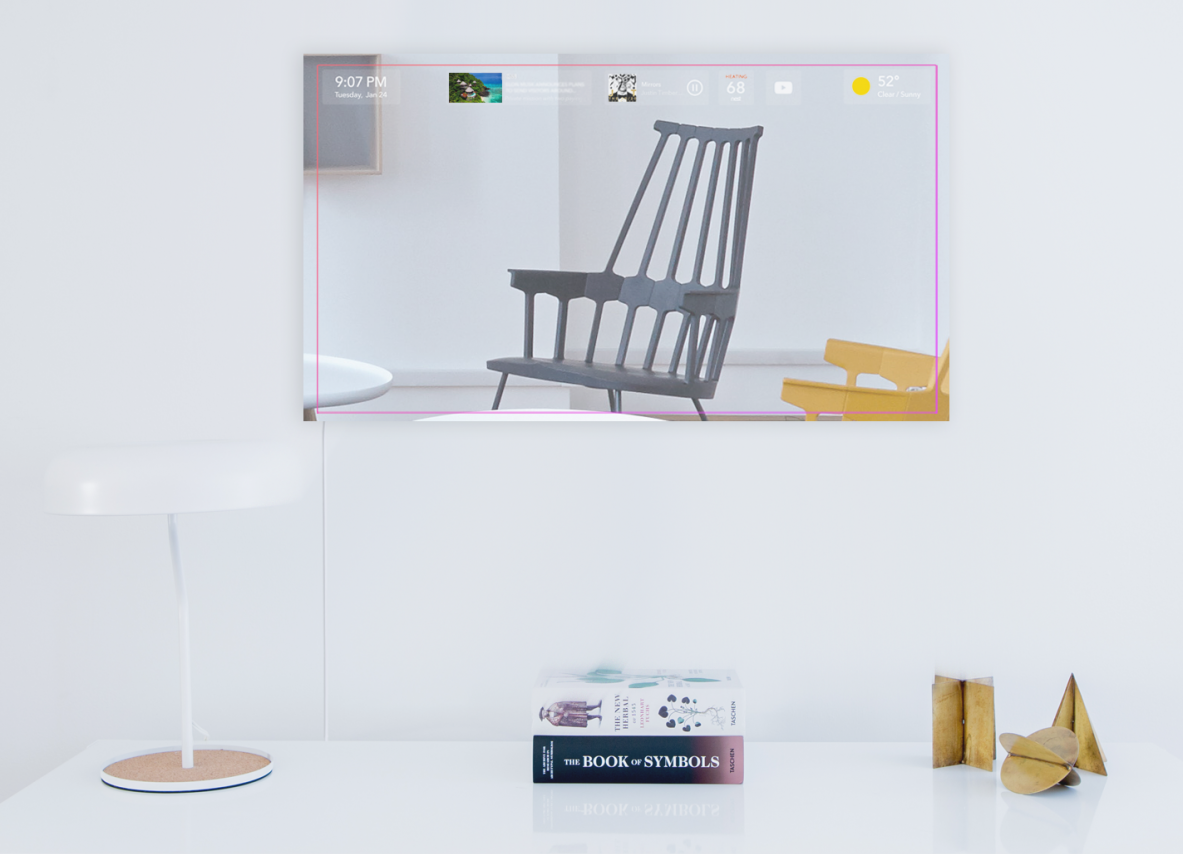 “Albert, hurry up on delivering those Duos.”