If you were one of those folks gawking at the growing trend of AI-based wireless home assistants like Amazon Alexa, while simultaneously crying about Skynet, I have bad news for you: it isn’t stopping. Amazon will be putting precisely its Alexa service in upcoming Ford and Volkswagen cars, and the AI-stocked units are planned to roll out this month.

The good news is that investigations found that the security startup, harvest.ai was poised to be purchased by this year. As it is, several former members of the original startup’s staff are now listed as employees of Amazon Web Service (the division of Amazon that oversees all of the cloud functions on which Alexa and Echo depend). These positions seemed to have opened up shortly following the company being listed in AWS’s own startup spotlight. The dots don’t seem hard to connect on this one. 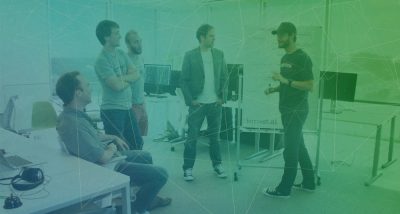 The original goal behind harvest.ai was actually one focused around security; their software was designed to use actual procedural AI to monitor attacks on cloud-based platforms. The company, founded by former NSA staff, was prompted into existence after the now-infamous Sony and Anthem leaks and then again during the massive Apple Cloud debacle. You know the one.

Since their launch in December of 2015, harvest.ai proudly announced achievement after achievement. Their trail of success led to securing $2.3 million from Trinity Ventures back in March of 2016. And then, with all of that capital and high business attention, everything went quiet. Since then, Amazon is in cars, harvest.ai employees are ending up in Amazon, and Trinity Ventures lists harvest.ai as acquired.

This is actually wonderful news for most of us, especially those of us concerned with possible security holes in a vehicle implementation like this. Wireless home assistants such as the Amazon Echo were remarkably profitable in 2016, and with Amazon’s own Alexa proving not only beneficial for enjoying the arts, new car models will also prove quite productive for drivers, tracking information on the vehicles themselves. This includes things like oil changes, fuel consumption, and parts replacements–that even includes ordering replacement parts for the vehicle itself.

The newest models of Ford Focus Electric and Fusion Energy will have Alexa units built in and they will be integrating with home networks for all users. These cars will be hitting the road this month with Alexa installed. With that, it’s a damn good thing Amazon is taking all the steps necessary to protect this feature as it goes out on the road.