In urban areas there are plenty of quality life issues that exist but go ignored; potholes, litter, trees in need of trimming, and much more. While plenty of municipalities utilize the 311 area code for local non-emergency services, it’s often a pain to file reports, response to reports is often hampered by limited resources and clunky technology, and there is zero feedback loop for the people reporting the issues.

Some cities offer official mobile apps to try to address the issue of offering an efficient voice to the concerned citizen, but a standard solution is far from ubiquitous. This is where a concept like Ctzen could come into play. The service enables users to mark trouble spots in their city with a few taps, and with a dash of gamification, earn points and recognition based on their reports. 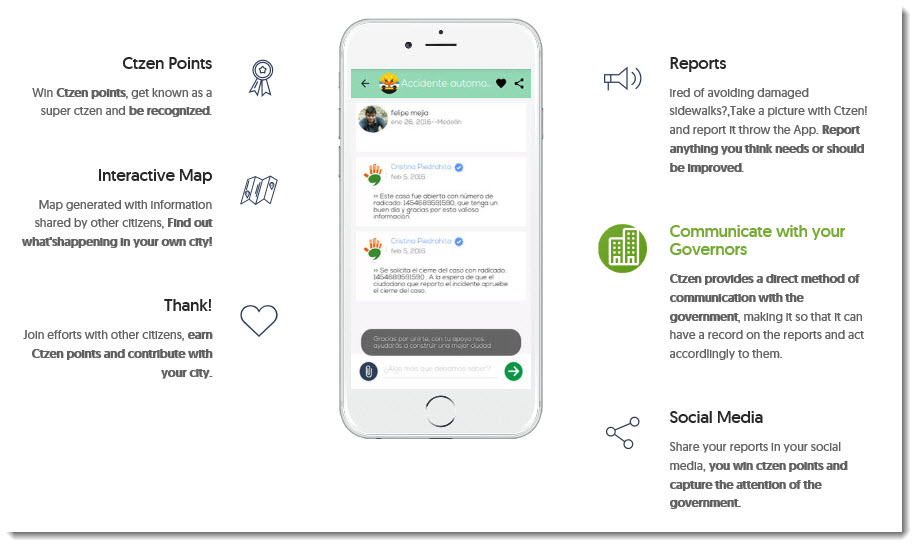 A few of the reports supported by the service include rock slide areas near roads, litter overflows, missing manhole covers, potholes in roads, broken pipes, crime concerns, wheelchair accessibility, traffic and illegally parked cars. At a high level, it’s similar to the 311 system in many cities, however the Ctzen implementation takes the interaction to a new level with its gamification and feedback components, along with a centralized platform that openly tracks all submissions and enables social media broadcast.

Using the iOS/Android app is extremely easy. When getting started, the user is prompted to create an account via email/password, Google, or Facebook integrations. Ctzen locates where the user is and once they are situated, they are immediately able to report issues. Rather than using long lists, the option set of issues from which to choose is shown on a clever slidable quarter circle.

Once an issue is selected, the user then can choose whether to make a report public or keep it private. Similar to Uber, the location is automatically pinned based on the current location (or selected location of the user). “Super Ctzens”, as the company calls their users, are also able to attach photos and leave comments to better explain the situation. After being entered, the report appears on the map, indicated with a pin. 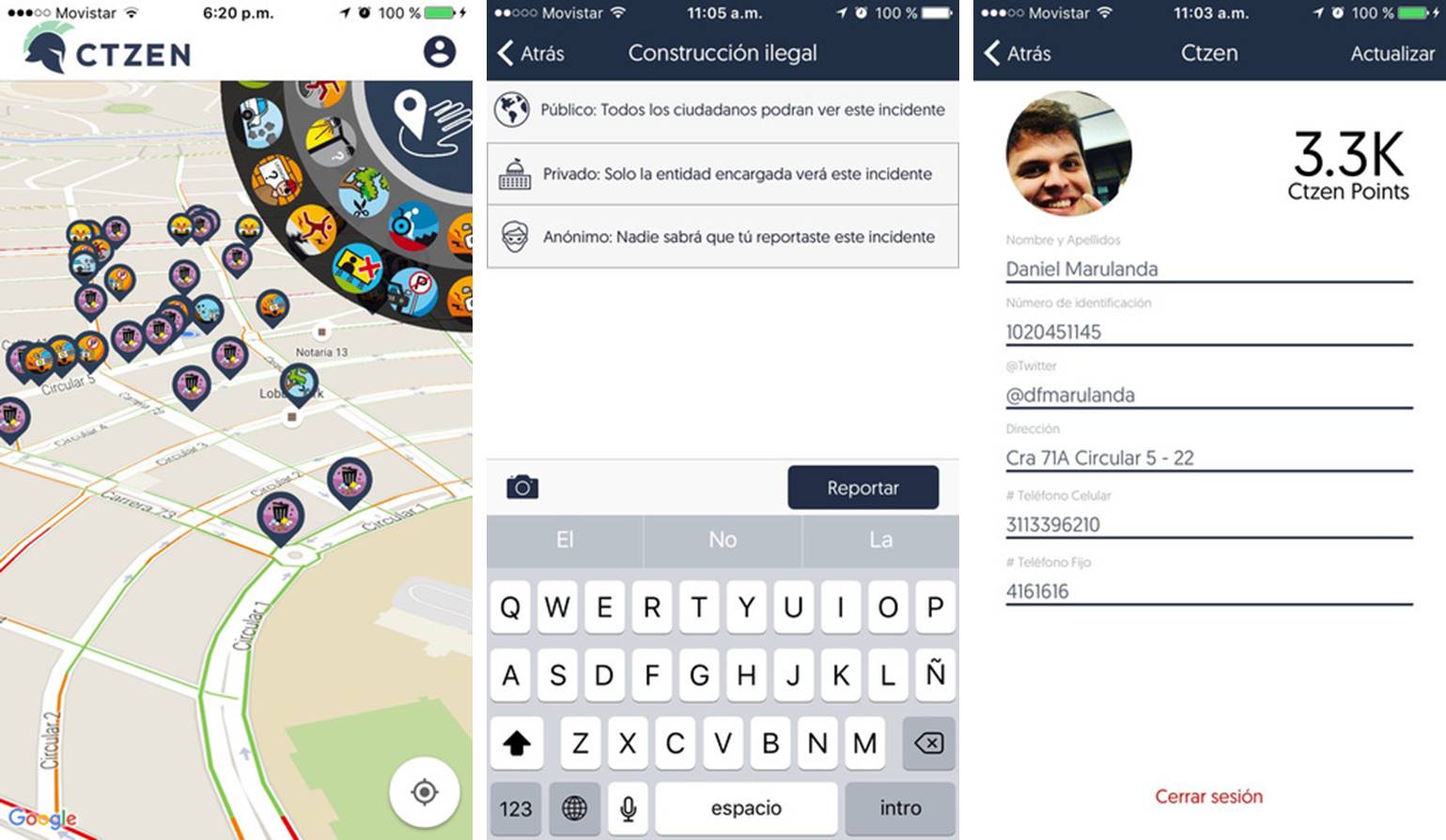 Similar to other community apps such as Waze, users can thank each other for helpful reports, earn points, and also share their posts on social media. Ctzen also serves as a direct communication channel with the government (assuming the adequate adoption can be achieved), serving as a record for future actionable steps. The idea with the gamification is that when users are thanked, or when the government confirms reports, points are granted. When users accrue enough points, they’re able to exchange them for prizes.

Right now the app appears to be in very early stages; according to CrunchBase, the company was founded in January of this year, and based on available news reports, only seems to have been “activated” in Colombia – one of the app’s slogans is “311 for the developing world“. Ignoring the actual traction of this particular app, the founders and designers are onto something in which a lot of people would likely find value, “developing” context or not. In a world encouraging the emergence of Smart Cities, something like this seems like a pretty bright idea.