It’s 2017. We almost have flying cars. You could be controlling your smart home with a chip under your skin soon. Heck, there’s even technology to control turtles’ movement with your mind. Travis Kalanick now knows what women are. So much progress. So much advancement. Amidst this accelerated march towards the future, did you really just spend an hour manually entering data into an HTML table into a spreadsheet? If so, you’re doing it wrong. Instead of spending valuable time on boring, low-returns grunt work, you should probably be using Automate That Shit to build API to do it.

Automate That Shit (ATS) is a newly launched web service that automates the tedious administrative work that is sometimes a necessity for completing a job. We all know of such a task, whether it’s extracting email addresses from a bunch of documents or even something as simple as taking a screenshot of a website. The web app automates a variety of such shallow work tasks. “This will free users up to do the deep work that will allow them to continue improving their craft, whether that be spending more time designing, interacting with customers, or working to achieve product-market fit,” says founder Craig Miller.

At the moment, there are nine different kinds of tasks you can get done using ATS. That includes comparing the data in spreadsheets, finding the frequency of most commonly used words in a document, converting HTML to Markdown, and rendering AutoCAD files in PDF format. These are all jobs that you would either have to find individual tools to carry out or do yourself manually. Having a central location on the Internet to which you can turn to get all of them done is handy. 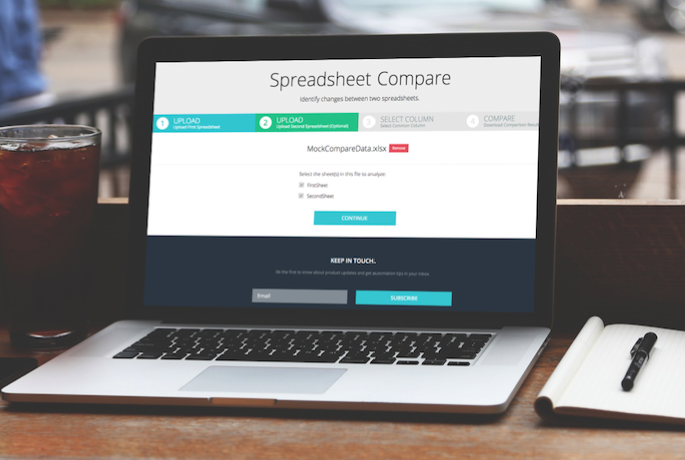 The ATS development team is currently composed of two developer-engineers with expertise in API development, scientific programming, and system automation. Tasks are put on autopilot using the Python programming language, which is a popular choice for people looking to execute such a function. There are courses online such as this one dealing specifically with using Python to get repetitive or simple tasks done.

Thankfully for those of us who don’t want to get our hands messy with code, the makers of ATS plan on steadily expanding its capabilities. “Tentative ideas for new services include Automated Web Scraping Reports, 3D Model conversion, and a Spreadsheet to Database Converter,” Miller reveals. There’s a ‘Custom Solutions’ tab on the website using which anyone can request a particular automation feature. Miller tells me the team is eager to hear suggestions from this first wave of users.

There are a few other things that ATS is working on internally. The first is an API using which developers can integrate ATS’s tools into existing business processes. “Additionally, we’re developing scheduling and pipelining functionality so that users can take the output of one of our services and use it as the input for another,” Miller says. A premium suite of applications will be offered as a subscription service to users.