Airplanes exist. Based on the many hours I spend in traffic every morning, cars definitely exist. So it’s only natural to wonder why a future envisioned by The Jetsons or Blade Runner – in which a cross between planes and cars populates the skies – has yet to materialize. We seem to be getting closer to that much-awaited hybrid, as shown in a new video released by a Larry Page-backed venture called Kitty Hawk.

The video in question starts with a woman telling her friend she has something better than a boat to get her to a party. It turns out she isn’t kidding when she takes off across a lake in what is best described as a flat platform undergirded by two floats similar to a seaplane. The reason it has floats is because the ultralight aircraft, called the Flyer, is only meant to be flown over water. It is classified under the FAA’s Part 103 categorization, which makes operating it recreation flight that does not require a pilot’s license.

Kitty Hawk explains on its website that the Flyer is an “all-electric aircraft” legal to operate in uncongested areas across the United States. The unit depicted in the video is a prototype, and the final production version could differ significantly from it. They claim anyone will be able to learn to fly it in minutes, but that’s probably best gauged first hand.

Flying cars and personal flight, in general, seem to be something of an obsession for Larry Page. Kitty Hawk is associated with a company called Zee Aero, which claims to be working on a revolutionary transportation medium with research interests spanning electric propulsion, aerodynamics, and advanced manufacturing. The Google co-founder is going to have plenty of competition to stave off on his way to realizing a true flying car, with the emergence of players such as Lilium and Uber’s Elevate Project. 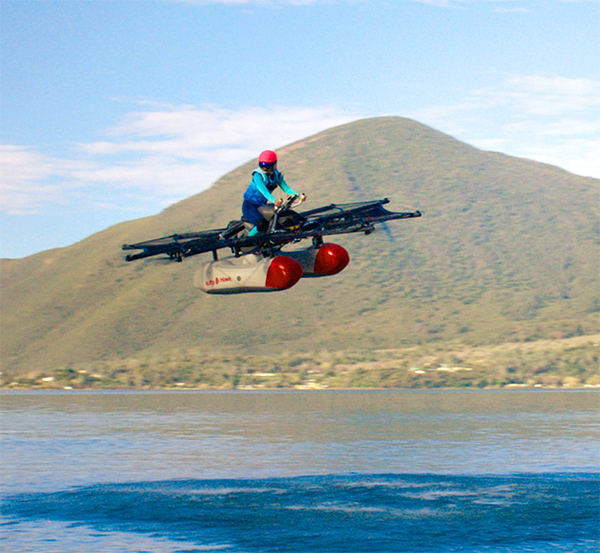 At the moment, though, Kitty Hawk seems to have a robust prototype and the interest of the public. They also have a vague launch timeline–sometime towards the end of 2017. Those interested in purchasing the Kitty Hawk Flyer can do so by becoming a member for a one-time $100 fee. Members get a $2,000 discount on the Flyer. One can only imagine what the final price of a product is going to be if the amount you save as part of an early bird offer is $2,000. But for humanity’s first taste of its most eagerly anticipated sci-fi fantasy, that price tag might just be justified.