I’ve been to a fair number of live concerts where the sound quality was absolutely awful. Seriously, it was like a tone-deaf robot was sitting behind the mixer board. Too much bass, not enough lead vocals, too little guitar – the colossal mix fail completely ruined my concert experience. And when you’re shelling out $50 (or more) for a concert ticket, a mix fail is a serious downer.

Doppler Labs wants to completely revolutionize the concert experience – and in fact, your everyday hearing experience – with its new “Here Active Listening” wireless earbuds. After earning $635,189 on Kickstarter last summer (250% of their goal) they just took home the “Music & Audio Innovation Award” at SXSW Interactive 2016.

What they’re offering is augmented reality…for your ears. Or as they call it, “Augmented Audio Reality”.

The earbuds connect via Bluetooth to a smartphone app which allows users to customize, on the fly, exactly what they’re hearing. The active processors within the ear pieces automatically adjust the inbound noise, allowing the user to augment any listening experience (concert, speech, traffic, etc.).

Latency in the sound is imperceptible to the human brain, at only 30 microseconds.

Users can adjust the decibel levels, removing up to 22 decibels or adding 6 decibels. This could be particularly useful if a concert is too loud or if a public speaker is too quiet. 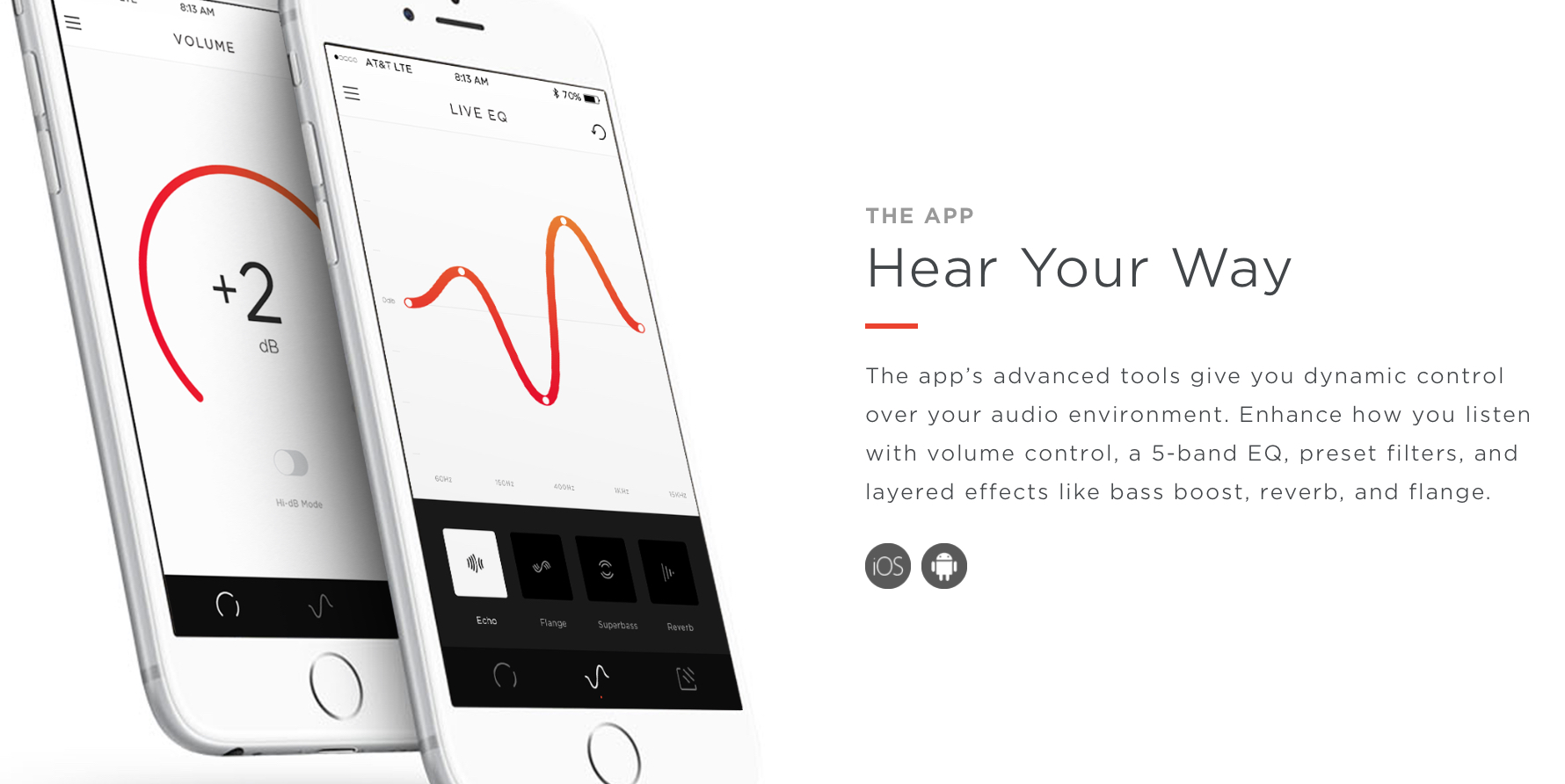 Users can also equalize the sound across a 5 band EQ to optimize their listening experience at a more granular level. For example, if there’s too much bass or the vocals aren’t loud enough, the EQ levels can be adjusted to improve overall sound balance, or just to match your personal preferences.

If desired – and here’s where the real “augmented reality” part comes in – users can also add effects on top of sounds, such as echo and flange. The system can also simulate specific environments, such as the Abbey Road recording studios or Carnegie Hall.

Then extending beyond music, Doppler Labs is getting into the business of making your city experience a bit more bearable; a beta feature allows certain sounds to be tuned out, like car noise, train noise and general city buzz.

The case for the earbuds also serves as the charging station, and each charge lasts for approximately 6 hours. 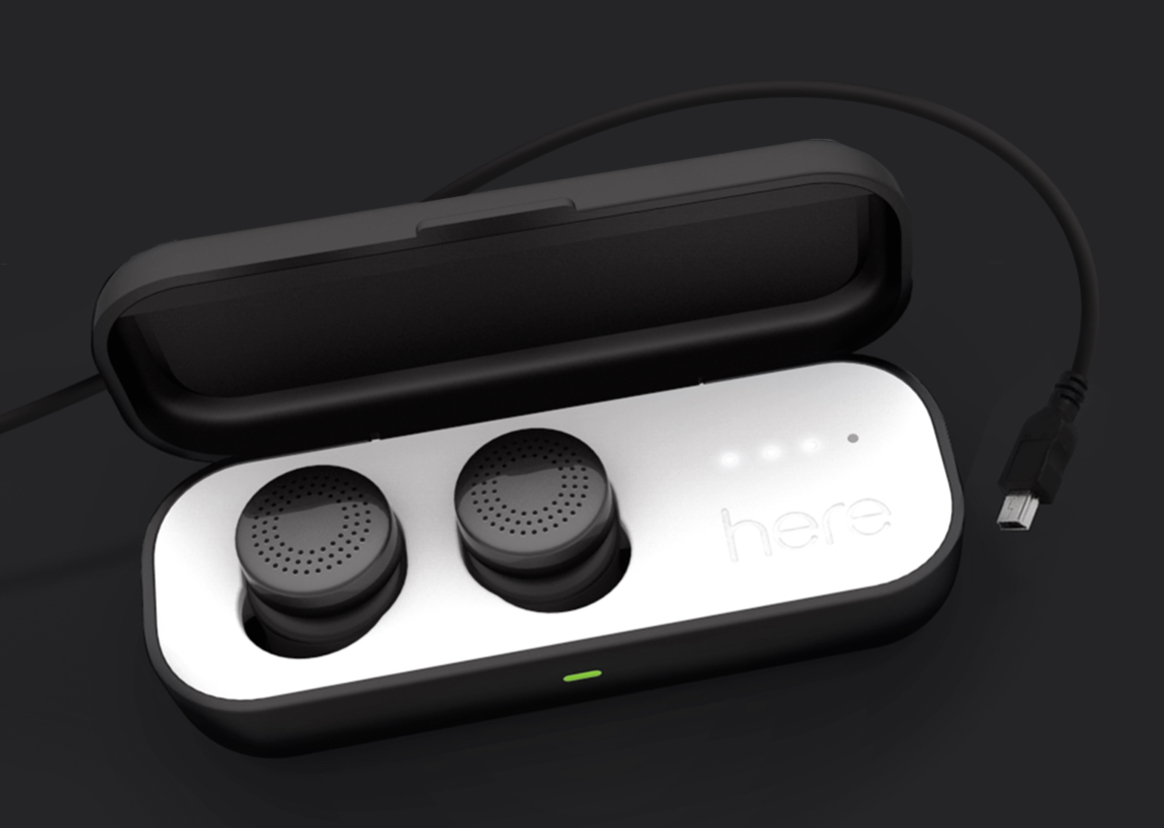 The startup has just starting shipping out earbuds to select backers on their wait list.

Doppler Labs has partnered with a variety musicians and artists to promote their earbuds. They are also partnering with the Coachella Music Festival to give all attendees the special opportunity to purchase the product since it might be some time before they are available at stores.

Moving forward it will be fascinating to see who embraces this kind of product, and who admonishes it. The technology certainly has some appealing uses, from tuning out annoying noise at the office to enhancing concert experiences. But I also can’t help but think that many true audiophiles, those who treasure sound in its original, pristine condition – no matter how “imbalanced” – may shy away from any sort of augmented audio reality.

Regardless, Here Active Listening represents a truly fascinating step forward for our senses, and ultimately, the world around us.