There are some very interesting things happening in the skies right now, and we’re not referring to the latest news from United Airlines. Nope. The latest story that should be shaking up the air travel news waves is the one about startup company Lilium and its mission to create a fleet of on-demand air taxi services. Think of it like Uber, but with wings.

“Imagine reducing your one-hour commute from home to work down to 15 minutes. Imagine never being stuck in traffic again, and paying not more than the cost of a train fare. Depending on your commute, you could save as much as 2 hours every day, time better spent with your friends and family, or pursuing other interests. All you would need to do is call your Lilium air taxi to meet you at the nearby landing pad.”

Lilium has created “the world’s first electric vertical take-off and landing jet”? What does that mean exactly? You take the space-saving vertical takeoff and landing of a helicopter, merge it with speeds that rival those of a Formula One racecar (about 300 km/h), and throw in some energy and environmentally efficient power. That is what Lilium has created with their VTOL aircraft.

Do We Need More Aircraft in the Skies?

For those wondering why we’d need any more aircraft in the skies, it’s important to point out the main differentiating factor between Lilium and traditional commercial airlines. Lilium has a 300 km range, meaning this flight technology was created specifically to close the gap for short distances. The most common use case they refer to is for the person who works in a downtown metropolitan area but wants an easier and quicker commute home to the suburbs or countryside. 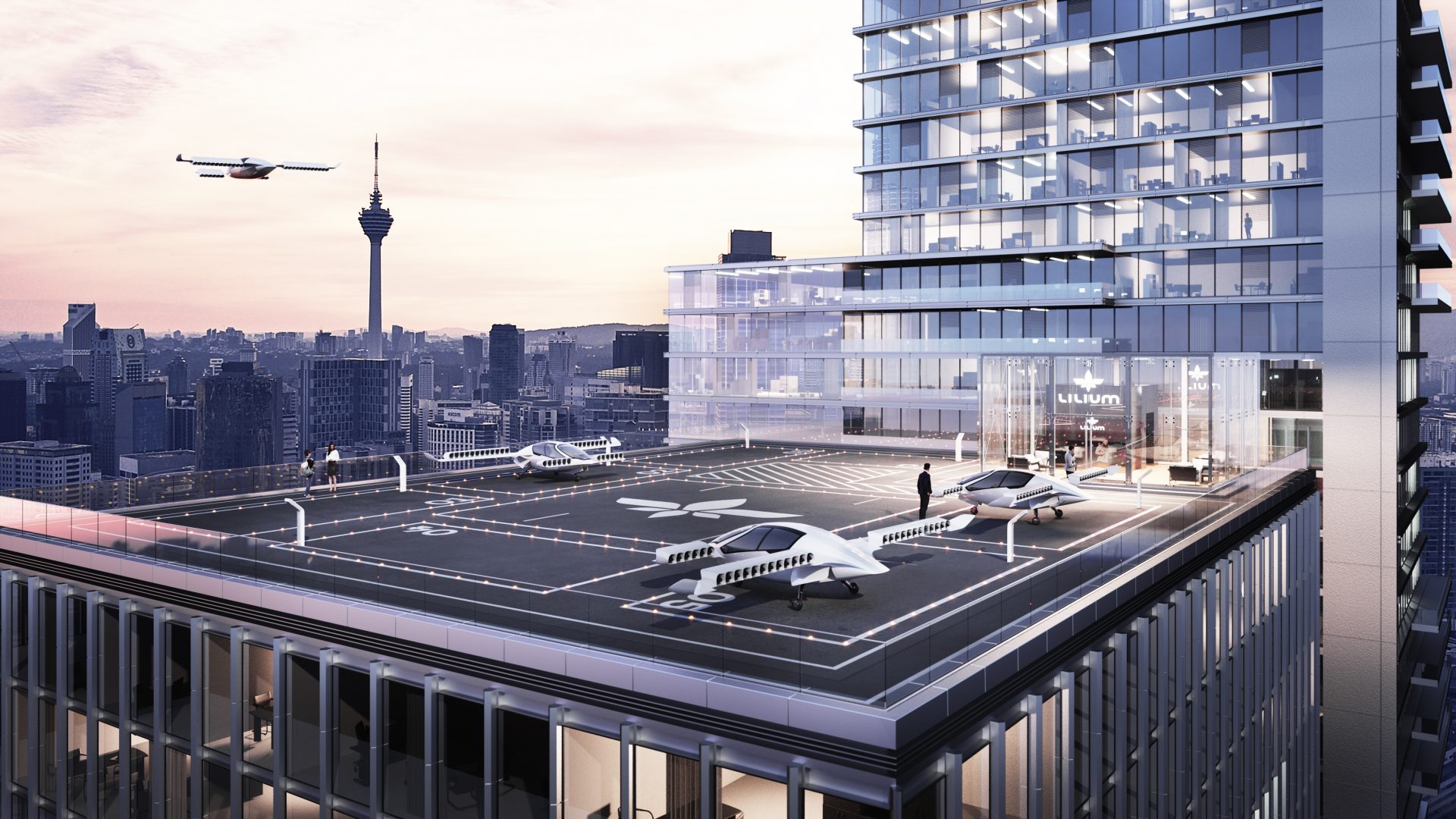 “We want to build and establish a new means of transportation,” said CEO and co-founder of Lilium, Daniel Wiegand. Although Lilium is not the first to patent or create this sort of drone-like air technology, their plan is to do it different and better than everyone else.

Once Lilium has moved past the prototype testing phase (the first full-scale test was conducted this year), they intend to build a fleet of 5-seater jets that work similarly to Uber. Payment per ride will be comparable to what one might pay for a train ride in and out of a major city, and it can be ordered on demand with a mobile app.

Here are just some of the features Lilium has plans to incorporate into their on-demand air fleet once it’s fully functional:

A Look into the (Somewhat) Distant Future of Air Travel

Although Lilium’s making waves now for their first successful maiden test flight, this is only a prototype.

Wiegand originally devised this concept back in 2013 and the company itself was founded in 2015, so all of this is practically brand new. With their prototype test flight in 2017, they next have their sights set on the first manned flight taking place in 2019 and their on-demand air services up and running in 2025. So although this is all exciting news for the industry, we’ve still got some time before it ever becomes a reality.

For now, people interested in on-demand air travel can watch out for Airbus’s proposed self-driving, ride-share flying car or for Boeing’s long-distance, high-capacity take on the VTOL aircraft.