Yes, friends, you heard it correct. It’s not enough that we can now 3D print life (technically it was a process to restore ovaries to working order for female patients) so why don’t we just straight up bring the dead back to life? And why not? We march forward with different medical advances all the time, why not cure the last great barrier of humanity and reanimate life? We’re already working on new ways to make replacement organs.

The company’s name is Bioquark; they are a Philadelphia-based biomedical startup. Founded in 2007 the team has additional laboratories in Tampa Florida, maybe to get those bodies fresh from the source.

All joking aside, Bioquark’s goal with their research is, ultimately, to reanimate life by curing brain death.  Brain death is what happens when the brain suffers more trauma or injury then it can handle and loses function in the brain, stem, and base of the brain. This “condition” is entirely different from a coma or vegetative state; wherein there are signs of life. It is also not a symptom of old age, so in case you were worried they were trying to revive your elderly grandmother, you’re okay.

“It’s our contention that there’s no single magic bullet for this, so to start with a single magic bullet makes no sense. Hence why we have to take a different approach,” Bioquark CEO, Ira Pastor said in an interview with Stat News. Their plan is to initiate a study that will see if a particular combination of stem cell and protein blend injections combined with electrical nerve stimulation and laser therapy can reverse the effects of recent brain death. 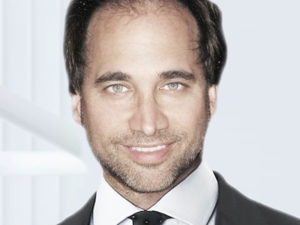 Pastor’s company has been the subject of several controversies as you can well imagine. Previously the team lead by Himanshu Bansal attempted a study in Rudrapur, India in April 2016. The Indian Council of Medical Research or ICMR blocked the experiment on the grounds that there were several regulatory lapses during the trial, including but not limited to, their failure to get permission to proceed from the Drug Controller General of India which is a requirement for all trials. Nevermind all of the ethical concerns raised during its brief run, including questions over what the team considered brain death, and what they were actually going to do if the process worked but the patient remained in a vegetative state after (answer: they had no plan until someone asked that question). Let alone the fact that they did not conduct trials on animals at any time as Bansal stated in a press statement that there were no good animal models comparable to a human brain.

Bansal himself was the subject of intense controversy as several of his studies from 2011 were put under intense scrutiny including one case where he cured five people of blindness.

Bioquark itself announced this week that it intends to resume trials later this year. They’ve claimed that they are in the final stages of determining a location in Latin America. There is no word yet as to the changes from the previous halted trial in India or who will be leading it.