Coloring books have seen an odd surge in popularity in recent years. Some people use them to find their inner zen, while others use them as an outlet for cursing, adult humor, and outrage at Donald Trump. But we may be coming to the end of this classic form of children’s books, at least in traditional paper and crayon sense. As an example of where we’re headed (though you likely guessed it), you need look no further than Coco Color. The new digital stylus and coloring book app may be finally dragging the coloring industry into the digital world.

A Digital Solution For An Analog Mess

Hugh Bell, the creator of Coco Color, stumbled upon the idea for Coco Color through his children.

“I have 3 children, 10, 8 and 5. A few years ago I gave my youngest daughter Coco a pink capacitive stylus,” Bell recalls. “When she tried to use it, she told me it was broken. What she meant was, it didn’t color in pink on her iPad. It suddenly dawned on me to make a stylus that worked in color.” 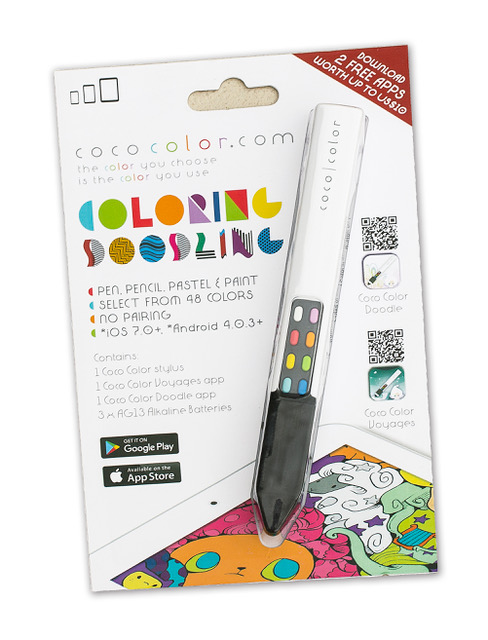 Coco Color is both a stylus and two coloring apps. The digital pen, which only works within the app, provides a combination of 768 different colors, stroke styles, and stroke widths. The styles and colors can be changed by pressing the various buttons on the stylus.

Most digital styluses connect to phones or tablets via Bluetooth, but Bell knew this wasn’t a viable option because it would be both too expensive and difficult for children. He eventually settled on an audio technology that, “…sends sophisticated signal packets from the ICU on our PCBA, via the speaker inside the Coco Color, which are in turn received by the touchscreen device’s microphone. Our SDK acts as a Babel Fish for the signal functions.”

You get all that? And you thought coloring was just for kids…

This audio tech means absolutely no pairing is required, which greatly simplifies adoption and ongoing use of Coco Color. According to Bell, developing this tech for Android was much more challenging than for iOS devices because of the large variety of audio hardware in the different devices. The stylus works with two iOS and Android apps: The “Voyages” coloring book which contains various pictures and “Doodle” which is a blank doodling page.

Setting The Stage With A Stylus

While there are other big players in the game–names you certainly recognize if you have ever been or had a child–nobody has approached the experience and the technology in quite the same way. “Coco Color is the world’s 1st coloring stylus,” said Bell, explaining why someone should choose Coco Color over a competitor. “What’s more amazing is that even the Crayola and Disney Styli out there don’t color. Coco Color took the tools off the app and put the control back in your hand.” 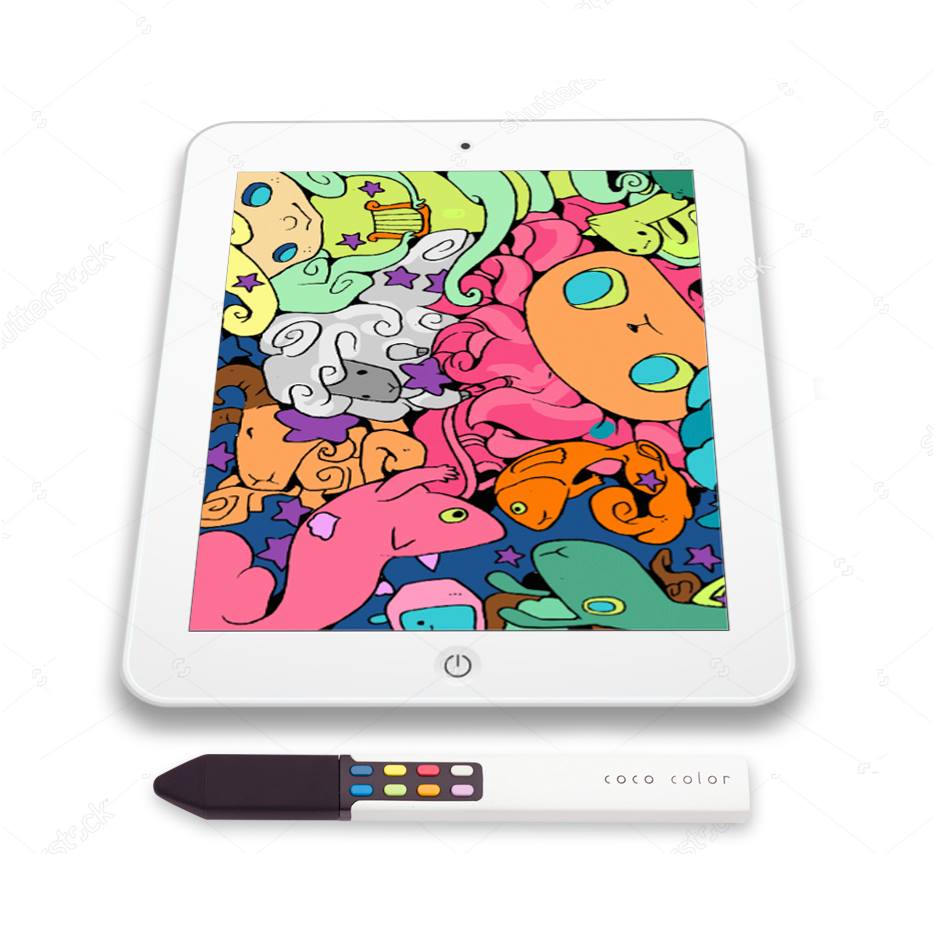 Whether the incumbents missed this angle or deliberately avoided it will likely be reflected in Coco’s adoption numbers. Either way, given the recent coloring book craze, it may not be long before other companies launch similar stylus solutions. There are already a number of iPad coloring book apps out there; the technology is contained within the app itself, and interestingly enough, they are largely targeted at adults, but there is no doubt that a few players are trying to trace out a large digital market. Down the road, other hardware options may not be hard to find. Until then though, Coco Color is enjoying a pretty cozy corner of innovation.

The monetization options for Coco Color are numerous. Bell said the company plans on giving away their SDK to other app developers who will then promote the product to their own customers. The company will pay a commission for every stylus sold and will also drop-ship them directly to the customers on behalf of the partners.

The company also has almost unlimited options when it comes to additional in-app purchases–like more coloring books, perhaps even more colors, and depending on reach, branded placements–which could also generate a significant amount of pretty passive revenue.

As a dad of kids who like to color, I can’t imagine Coco Color completely replacing coloring books, but this is certainly where the industry is headed. Now that almost every adult and child has a smartphone or tablet, the market for this only has upside. I wonder how long it will be before Coco Color launches their own Donald Trump coloring book.