Imagine a children’s book raising more than 1.2 million dollars from the general public, capturing the imagination of nearly 20,000 backers in more than 70 different countries. Well it exists, and it is said to be the most funded original book ever in the history of crowdfunding. Good Night Stories for Rebel Girls not only crushed its crowdfunding campaign; it shattered worldwide crowdfunding records.

The success so far is a tribute to the passion and preparation of Elena Favilli and Francesca Cavallo, co-founders of Timbuktu Labs, a company that develops educational apps, games, and magazines for children. Timbuktu Labs created Good Night Stories for Rebel Girls and worked for an entire year on the crowdfunding campaign before finally launching it to the public.

Good Night Stories for Rebel Girls will be the company’s seventh book. It features 100 stories written by Elena and Francesca about the lives of 100 extraordinary women, from Elizabeth I to Serena Williams. The book also contains original artwork from 60 different female artists. The stories are truly intended to reinvent the fairy tale for modern day inspiration of our youth, both girls and boys. The path to their popularity, however, has not been the quintessential yellow brick road.

The Backstory To The Book Stories

Francesca Cavallo and Elena Favilli are both from Italy. Francesca studied in Milan at the Academy of Dramatic Art where she graduated as a Theater Director. She and Elena met through a common friend when Elena came to see one of Francesca’s plays.

When the two women started working on Timbuktu, Francesca was a director, playwright, and producer who had founded her own theater company. When Elena came up with the idea of creating an iPad magazine, they decided to become business partners.  Their first product was Timbuktu Magazine which became the first iPad magazine for children. The publication won awards for its design and was named “2013 Best Children’s Magazine of the Year” at the London Digital Magazines Awards.

They also came having done a tremendous amount of homework. It paid off: incubator 500 Startups became their first investor, and during the incubation period, they raised more than $600,000.

Despite their funding success, they were in for a surprise. “The gender gap in tech is something that we did not expect,” recalls Francesca. “Because when you think of Silicon Valley you think of the future and you think of meritocracy. I mean we were not expecting to find that kind of inequality and the gender stereotypes that you usually know are present in normal traditional corporate environments.”

Not surprisingly, the desire to help the next generation avoid the same problems would eventually lead to the creation of Good Night Stories For Rebel Girls. Before that happened, however, Francesca and Elena’s personal experience with tech trolls was about to hit an all-time high.

Elena was asked by The Guardian to write an op-ed about gender issues in Silicon Valley. So she did; it was called, Silicon valley is more Flintstones than Jetsons when it comes to women.

In the article, Elena describes how success cannot shield you from sexism. As she said, “I managed to raise over $600,000 for my start-up in Silicon Valley and yet I’ve found myself in many sexist situations. I’ve been repeatedly told that my idea was “nice but too small”, my attitude “too weak” or “too assertive” and that “two girls alone” (meaning my co-founder and I) could never raise money from Silicon Valley’s investors.”

The article made a lot of sense. It also unleashed an outpouring of invective direct from the dark underbelly of the beast.

“The article was widely commented by a lot of women who would go and analyze experiences, like their experience resonated with ours,” says Francesca, recalling the days and weeks following the article’s publication. “But also by a lot of very angry men who started doing that kind of thing that’s the textbook of online gender discrimination.”

Some of the trolls, as they often do, took to Twitter, finding Elena’s account and peppering it with insults and abuse—one even posted a death threat. The violence and hatred of the trolls’ responses confirmed something the two founders already suspected: many people falsely believe gender discrimination is a thing of the past.

“We found that this was incredibly violent, and we said, ‘What can we do to help create a different mindset in people?’”, explains Francesca. “And particularly since we are in children’s media, in children growing up?” 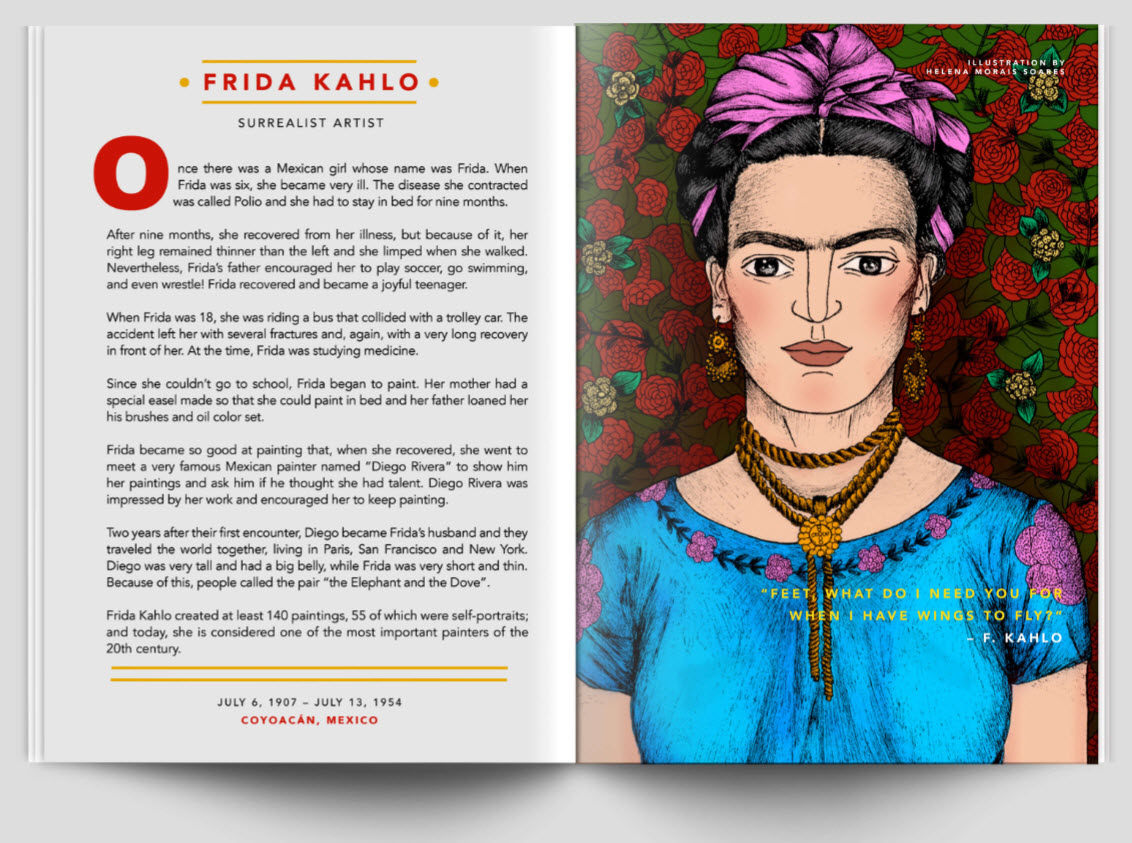 They began to look for books with strong female protagonists, hoping to find more than they remembered from the 80’s literature of their youths. They didn’t. Even their favorite movie, “Finding Nemo” had only two female characters, one of whom (the mother) did not make it past the first few minutes of the movie before fading into the big blue beyond.

As Francesca described it, “In the whole ocean, there are only two females, and one dies after two minutes. That expresses accurately what’s going on in children’s media, and the fact that we’re still raising kids with the mindset that males are the ones to behold and the females are the extras.” The two female entrepreneurs realized that even when they were creating a new story, they would instinctively envision the main character as a boy. Something clearly needed to change.

When you’re trying to connect with and convince the broader public to foot your early-stage production bills, preparation is everything. So is paying attention. “We started working on it one year before the launch of the campaign,” describes Francesca. “The most important part of the work was that we really tried to understand what kind of vocabulary the parents in our community used to describe their experiences. Really what bothered them of gender stereotypes in raising their children.”

“The kind of words that you use to describe a problem, have a huge impact in the level of connection that you establish with an audience,” she continued. “We did a lot of interviews, a lot of surveys, and based on this constant feedback with our audience, we launched a newsletter.”

Through the newsletter they requested feedback and provided examples of female leadership that people could share with their kids. In doing so, they established a strong emotional bond with the people who would go on to become their backers. 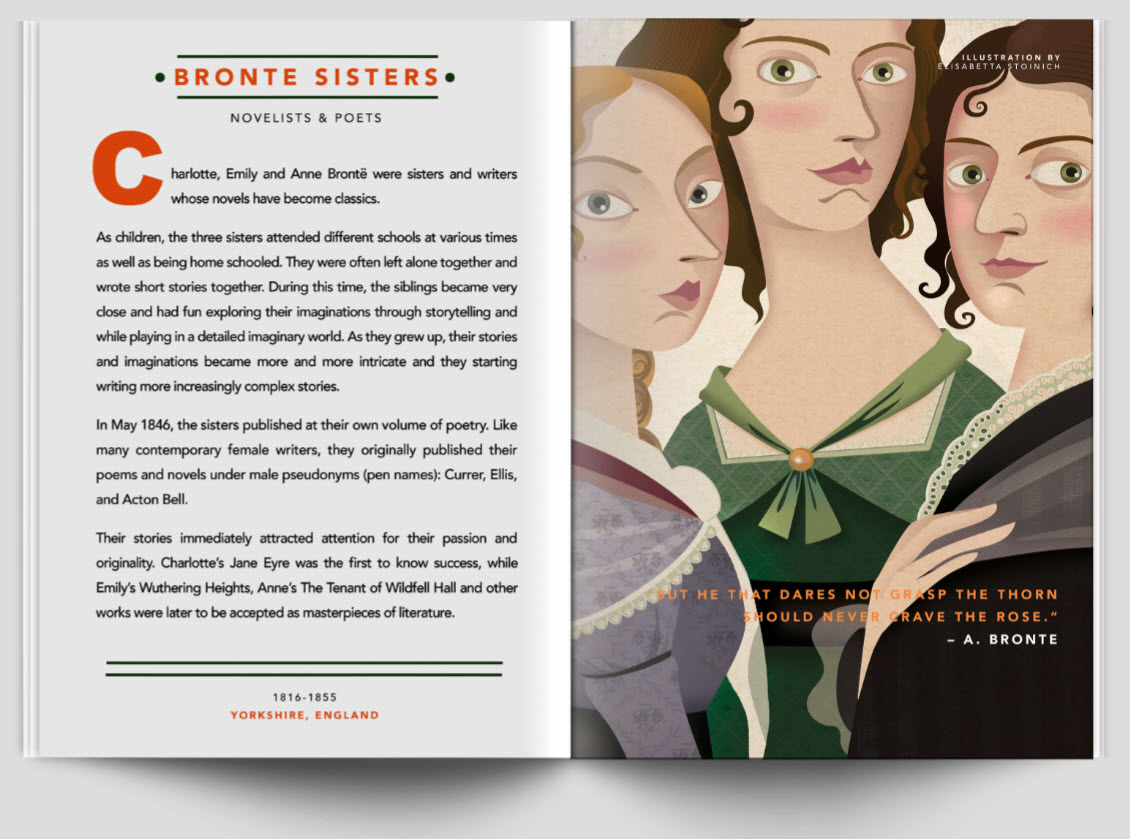 Ultimately, it was the newsletter that led to the idea that gave birth to the book. “The newsletter had a very big following with great open rates,” Francesca recalls proudly. “So based on a project of the newsletter that was called, Good Night Stories for Rebel Girls’ we put together a book. Basically, a book proposal. But instead of going to a publisher with this book proposal, we decided to go directly to our backers and do a crowd-funding campaign.”

The backers were already emotionally invested, and per Francesca, this “very close and authentic relationship” is what made the all difference. It was a difference that allowed them to become the most crowd-funded book in history. 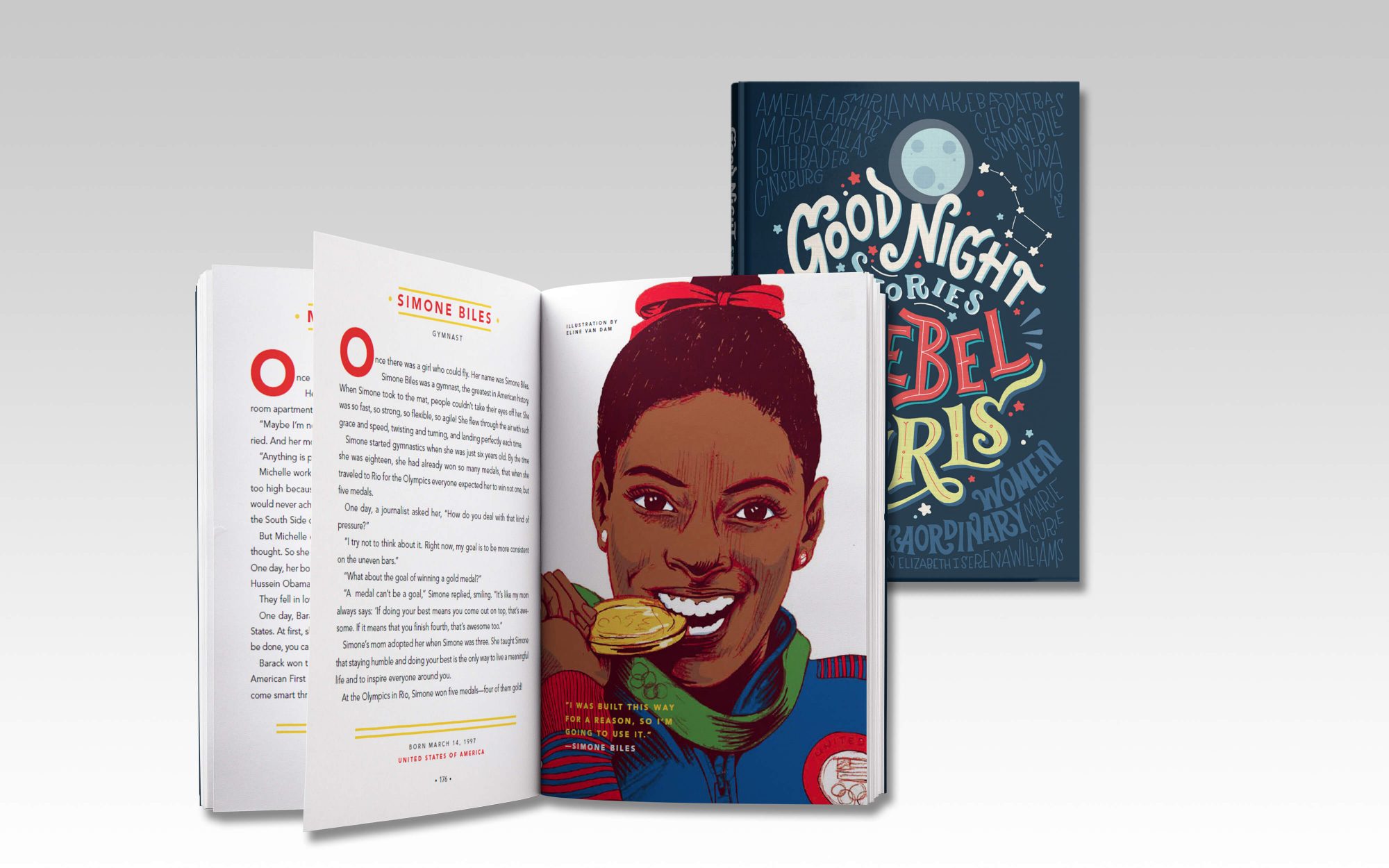 At the start of what one hopes will be, relative to the election run just passed, a kinder season of giving, I would consider Good Night Stories for Rebel Girls, with its beautifully illustrated and inspiring stories of extraordinary women, a great gift idea for any child of any gender. The only question is whether you file it under “Fairy Tales” or “Education”. Maybe both.