Backpacks are evolving quickly. They used to be accessories meant simply to carry things around. Then they became fashion statements designed to be eye-catchers. Now, innovators have begun using them to do everything from charge devices, double as workout equipment, and thwart pickpockets. Here’s a list of some of the coolest backpacks out there, both concept and launched, that offer functionality above and beyond what you’d expect.

Some of us have tried to sow secret pockets into our backpacks to sneak contraband into school (not that we’re condoning such behavior…). High-tech backpack Bobby comes with hidden compartments and zipper closures out of the box. Those are just a couple of the many features that position Bobby as an anti-theft backpack.

In addition to the inconspicuous compartments, the cut-proof material it’s made of makes it even tougher to make away with its contents. Apart from the safety features, the bag also boasts an external USB charger, an illuminant strip to make night-time bike rides safe, and a weight balance that takes about 20 percent of weight off the wearer’s shoulders.

The Olaf is not high-tech in the way we’ve come to expect from gadget-heavy design approaches. Instead, it focuses on making commuting with the backpack simpler, which will come in handy for users planning on leveraging its entire 220-pound weight capacity. To make lugging that weight around less taxing, Olaf’s Urban line can morph into a kick scooter, trolley, or skateboard. A patented folding mechanism allows for smooth transitions between each mode. The backpack itself has an ergonomic design that accommodates the wheels which sit in a concealed wheel cover.

VR backpacks aren’t your conventional carry-ons made for travel or city jaunts. Their main focus is VR gameplay, in which mobility is often limited by the need to be within the range of cables connected to a PC. 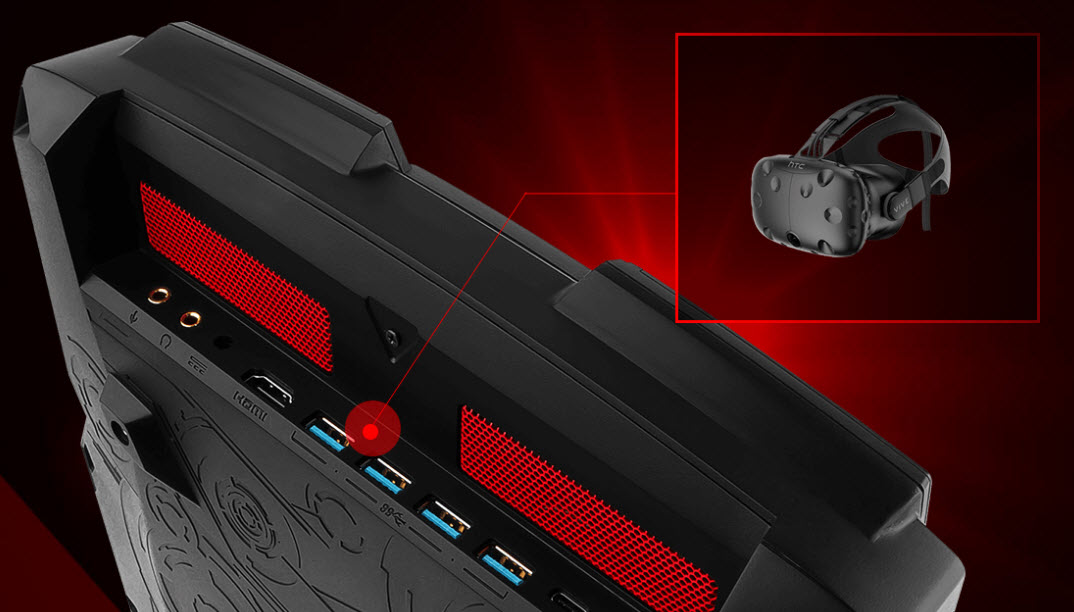 So instead of being connected to a stationary computer, such backpacks allow gamers to carry their PC along on their back during VR gaming. The MSI VR holds a computer powered by an Intel Core i7 processor along with an NVidia GTX 1070 graphics card. The built in battery can be hot-swapped and each battery can support an hour and a half of VR gaming. 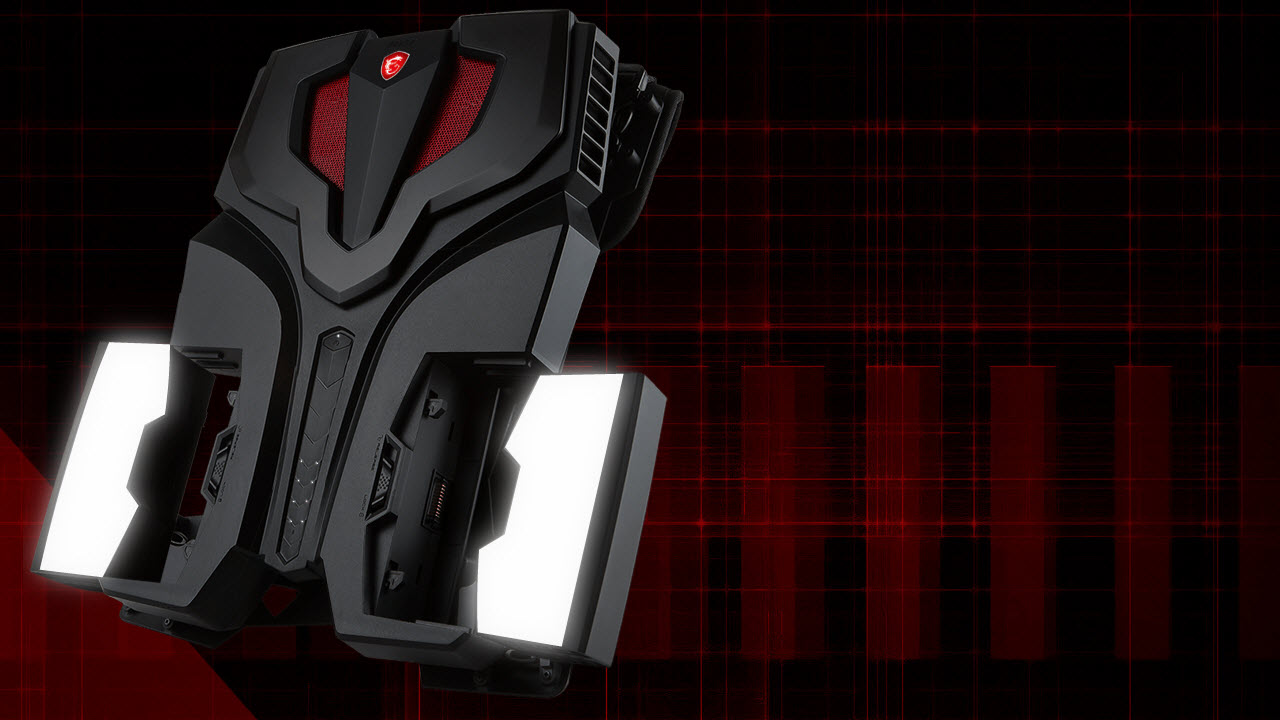 Working out on the move can be tricky. What might make it easier is if your backpack doubles up as a personalized workout companion—which is exactly what Atlexa’s new backpack tries to do. The modular accessory is fitted with a series of cables which allow for resistance training targeting specific muscle groups. 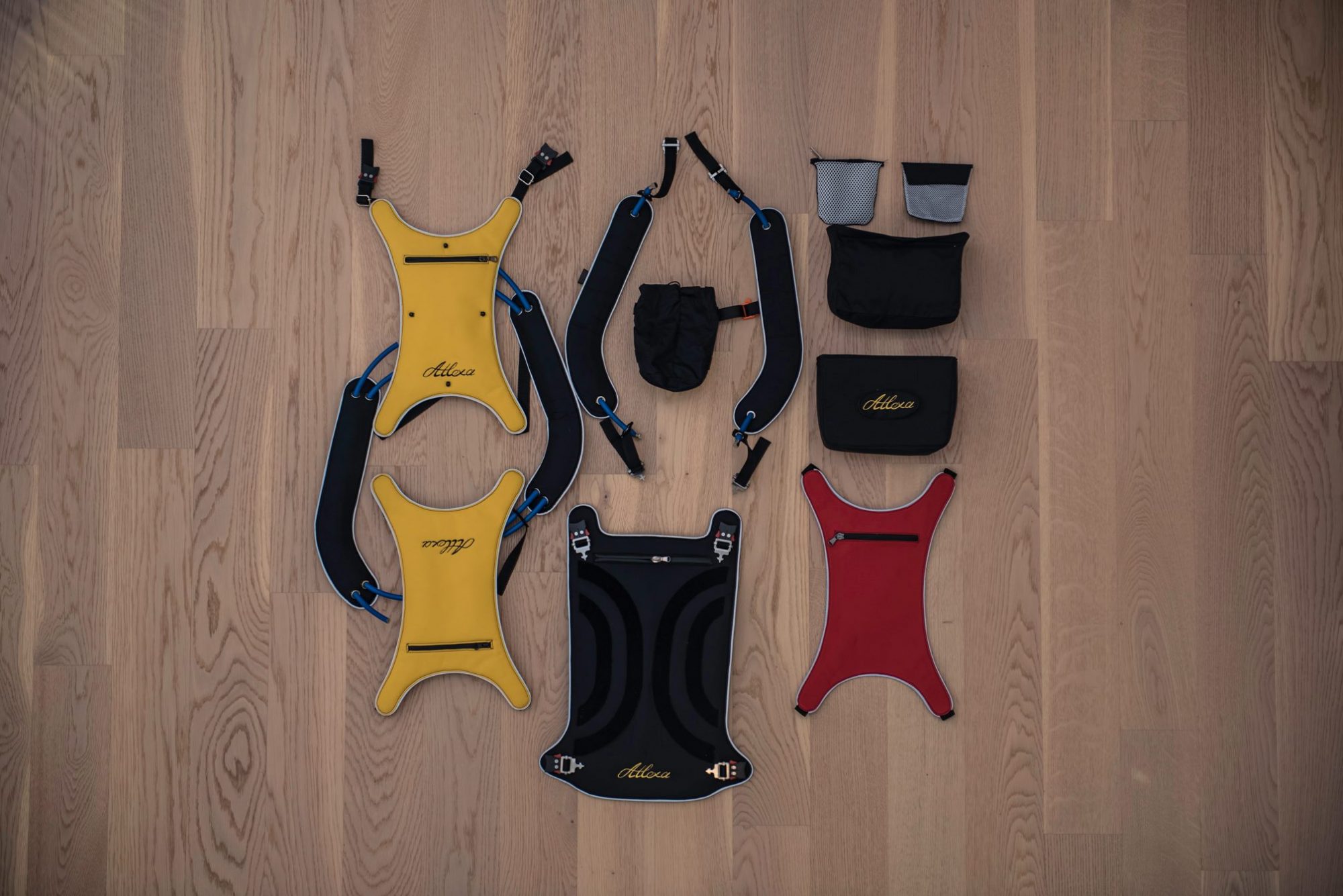 It also does its job as “just a backpack” pretty well, offering a waterproof exterior, an ergonomic design, and modular compartments. The company had initiated a Kickstarter campaign last month, but was forced to cancel it due to legal issues with another company of the same name. They expect to be back on their crowdfunding run early next year.

AMPL’s “world’s smartest backpack” houses an 18.5 watt-hour lithium polymer battery connected to seven USB ports; one port for each pocket. If that isn’t enough, users can layer on additional battery packs which add between 10 and 14 hours of battery life. But what makes this backpack truly “smart” is the accompanying mobile app. 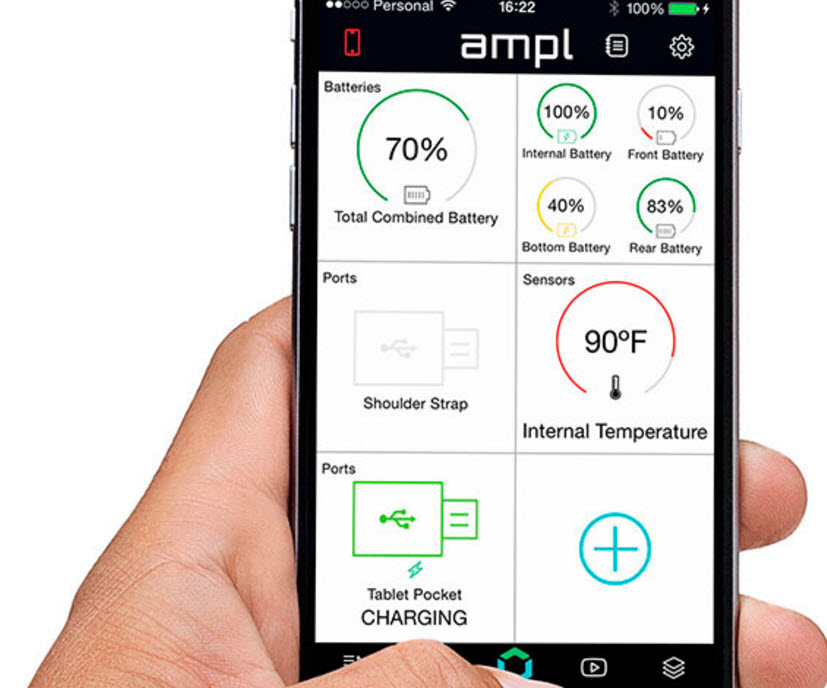 The app can be used to monitor the charging status of all connected devices as well as set the charging priority. Also on board is a suite of sensors that monitor internal temperature and drop force. AMPL Lab’s backpack is priced $249 and can be reserved on the website.