Hooked on a Feeling by Blue Swede comes on following by the camera zooming out of the infamous cassette “Awesome Mix Vol.1” from Guardians of the Galaxy, everyone falls back into the nostalgia of having or making a mixtape for either themselves or for their crush. Ladies and gentlemen, the iconic glory of cassettes are back. Not only are vinyl sales going up right alongside cassette sales, but people are also supporting campaigns like the MIXXTAPE music player to (perhaps) relive their youth or enjoy the nostalgia.

MIXXTAPE is a fully functional music player on the inside but a conventional cassette on the outside. It’s modern meets nostalgia. This campaign has raised $77, 167 on Kickstarter with 1,151 backers, meaning the project is currently 771% funded.

This retro style music player has a built-in LCD and touch controls, headphone jack (stereo 3.5 mm HiFi audio output) as well as Bluetooth 3.0 + EDR so you can connect to Bluetooth speakers and headphones.  It also has a memory card slot which supports microSD, an internal rechargeable battery with 12 hours of playback and it fully recharges itself in less than an hour. It supports formats like MP3, WAV, WMA, and ACC among others.

It also has a USB 2.0 Port so you can connect to a PC or MAC to transfer music. Most importantly, the coolest feature of this carbon fiber finished MIXXTAPE is that you can actually play it as a cassette in most standard cassette players. If you still have one of those Walkmans or boomboxes in a box somewhere in the basement, it’s time to take them out, dust it off and bring it to 2017 for some reusing. 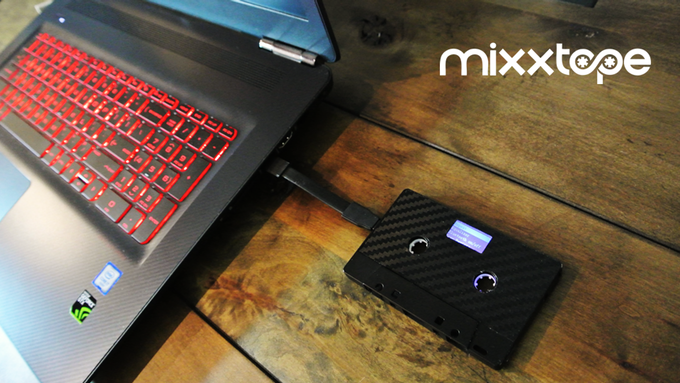 “The original concept for MIXXTAPE was to give artists trying to break into the music industry a unique way to present demos to producers. Emailing MP3’s to a producer or giving them a CD isn’t effective. However, presenting someone a cassette that works directly with headphones and Bluetooth is going to draw attention,” wrote MIXXTAPE on its Kickstarter page. “As people started seeing the MIXXTAPE prototypes, the overwhelming responses quickly made it clear there was a much wider audience for this product.”

It is true! People are into this now more than before. According to Billboard, cassette sales went up 74% in 2016. The reason behind the crazy growth in sales could be the specialty releases of Justin Bieber’s and The Weeknd’s albums along with Eminem’s and Prince’s albums as well according to Billboard. 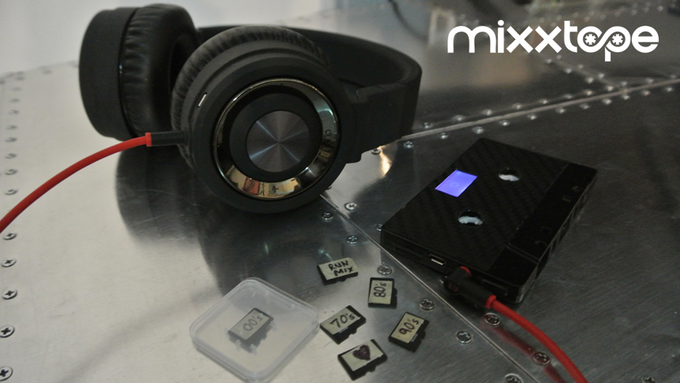 Even though cassettes probably won’t be people’s number one choice of how to listen to music, it sure is making a comeback. So is this a product for musicians or hipsters? Well really anyone can use it. (I would give this to my dad for the Father’s Day.)

“The mixtape was the purest product of the cassette age, a lovingly prepared journey through someone’s musical taste. The maker controlled the rise and fall, the moods and the motion. It was a democratized concept album with a very particular, personal story,” wrote MIXXTAPE on its campaign page. 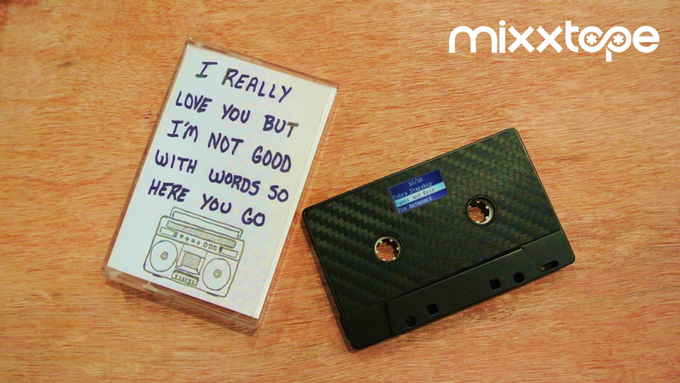 “Today, cassettes trigger responses in people of all ages. For some, it’s autobiographical nostalgia and reminds them of the good old days. A world that was simpler and perhaps happier. For others, they may also feel nostalgia for time periods when they weren’t alive; perhaps their parents played old cassettes around them when they were young, and now, they associate those sensory details with positive memories,”

MIXXTAPE is currently available on its crowdfunding page for $40 per unit (50% off of the suggested retail value). Estimated delivery is November of this year and it currently ships worldwide.