You know Pandora, right? Sure you do.

While other streaming music services may get more buzz these days, Pandora, sitting at a comfortable market cap of 4.6 billion, is still a monster. As of the March this year, they had over 81 million active listeners.

More importantly though, do you remember why Pandora was so awesome when it first launched in 2000 and what continues to give it an edge? People. Specifically, people behind The Music Genome Project.

Pandora obviously uses intelligent technology to dynamically build themed playlists that are not only in tune with what music “is like other music” but also each listener’s detailed preferences within genres. The technology, 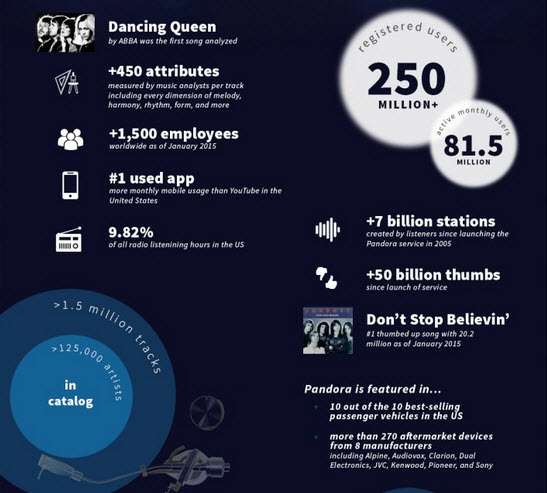 however, is able to make such accurate, granular decisions because at the outset people spent 5 years listening to the songs and defining their attributes.

Per 4 minute song, experts in music theory spent 20 to 30 minutes carefully analyzing the tracks and marking the presence or absence of about four hundred and fifty different traits. The songs were then stored with that metadata, enabling algorithms to connect “similar” music.

The key to this very day – the product is still fueled by the process behind the Music Genome Project – is that the traits and thus the similarities between songs are ones that computers may never be able to distinguish; “major key tonality”, “melodic song writing”, “a dynamic male vocalist”, “subtle use of vocal harmony” and other shades within traits of beat, structure, lyrical meaning and vocal pitch.

All binary and mathematical in execution, but not in recognition.

With that in mind, as we shift our focus to the ever-expanding world of online dating, a question worth asking is this: Are the hundreds of millions of singles using dating apps more single than ever (statistically) because of some distraction phenomenon and an obsession with alternatives, or because the abrupt death of human intervention has led to an exhausting trend of batting away shitty matches?

There are a lot more than two factors at play, but amidst our predilections towards scalable algorithms and pure tech solutions, it’s worth considering startups in the market that have a hankering for the hybrid.

DatingFound is a startup based in Toronto and its founders, Karan Dhanju and Mani Gill are a bit sick of people not getting romantic help from, well, people.  From their perspective, only human integration can effectively cure classic online dating ills like phony profiles and flawed matching logic.

“With these other big services like, Match.com and eHarmony, you’re just paying for a database. There are no people helping the technology to actually find you the kind of person that is right for you. You just get overloaded with matches. There are a lot of them, but all they’re really better than is nothing.”

When you sign up for DatingFound, you are asked to define a number of features and facts about yourself. You then go through the same exercise for people with whom you would like to be matched. To start, this data does in fact run through an algorithm allowing the system to quickly filter out other users that do not meet key criteria.  However, before the system passes you its recommended match for the week, a dating expert reviews both profiles and makes the final call. 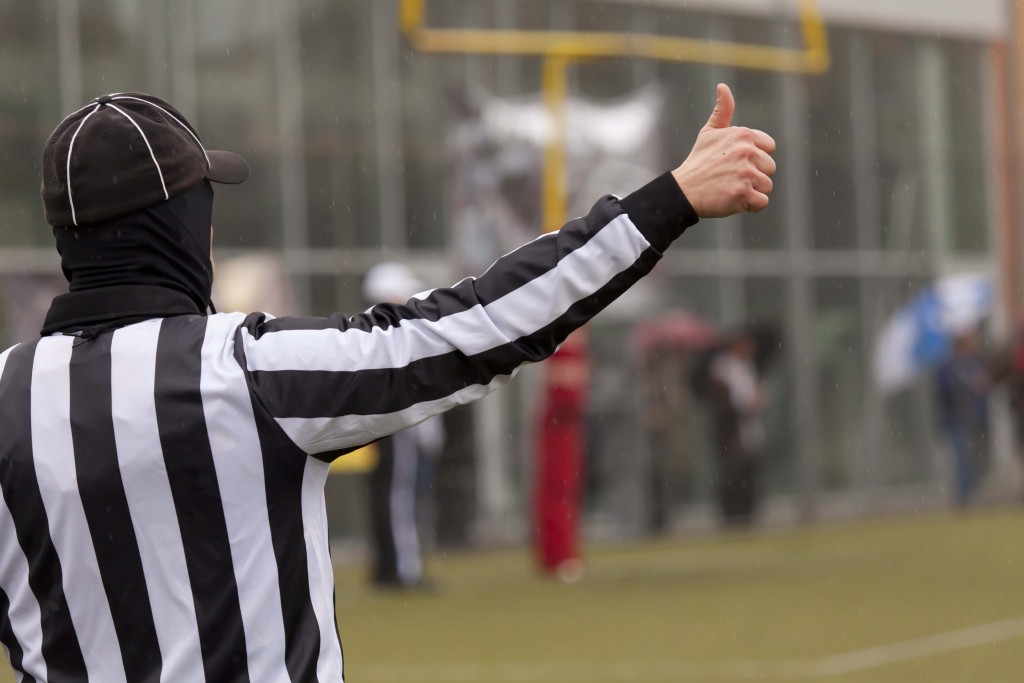 “The dating expert is looking for things in their ‘About Me’ that may provide more insight into their preferences, or what would make an ideal match. They’re also looking at their preferences and their pictures holistically, with a human eye for what someone “like this” may want in another person. There’s technology there, but there are educated, experienced humans making sure the matching makes sense, not just mathematically.”

What happens after you get a match is where the potential really opens up in my eyes.

I recently spoke to an acquaintance about her experience with paid online dating sites specializing in quality matches. She told me that after a one year subscription, one particular site had led to exactly one date. I asked her what they offered in terms of a feedback loop to help them improve the match quality.

“Nothing,” she said. “I tried. I emailed them a few times explaining some of my issues, but I got a response that I’m pretty sure was just some generic, ‘Hey, we’re doing the best we can with the information you gave us’ message. I was never told that my additional feedback was going to be incorporated into how they decide who my matches are.”

Part of it could be a population problem, but part of it is definitely a product problem.

Then I saw this screen in DatingFound after clicking the “Don’t Like” button next to one of my matches: 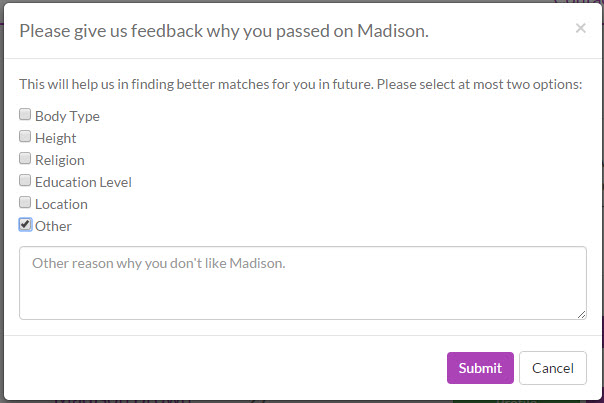 And then I saw a contact number in the top right corner of the interface. A real phone number.

Karan told me that when you call them or when you submit data on your reasons for rejection, they’ll make sure all the information you provide is stored and actionable within your profile. If someone was “a little too thin”, or “seemed feminine”, or “came across as arrogant”, they’ll take it all in and try not to make the same mistake twice.

I can’t help but think that there’s something really smart about this approach. It’s somewhere in between a dedicated matchmaker and a blind database. Requiring a relatively small monthly investment ($25) for a small number of human-curated matches, this middle zone seems like a pretty reasonable place to put a portion of my funds allocated to “finding the one”.

I like what Tinder offers and I’ve met a long-term partner through Tinder. But Tinder is a shitshow. All you get is a gender preference. Bumble is the same deal but with a bit more visible info and the requirement that the woman message first. It’s picking up steam, but the more popular it gets, the more it will just start to echo the cacophonous experience of Tinder.

Then there’s The League. It uses an algorithm not to match people inside the club, but to play bouncer at the door; if you don’t meet the appropriate criterion of professional ambition and achievement, you’re not allowed in. It’s for elites only.

So that’s good, I suppose. You know what you’re not getting with The League, but again, that’s more or less covers one or two criterion. What happens once you’re inside the app and there are thousands of possible elites? Or worse, only 100?

With a pure-tech solution, no matter how it narrows the field, you will always be a human eye shy of a well-considered match. With the luxury of “plenty” often comes the inflection point of “too much”. And at the end of the day, aren’t we adopting technology to make things more efficient?

I know what you’re all thinking: scalability.

If somebody needs to review every single match before it goes out – potentially correcting a significant number of them due to more conversational feedback – how could such a model one day facilitate millions of users and millions of matches?

First of all, one of the problems with online dating, as I stated above, is that many services are too scalable. There is just too much noise. A smaller sample size with a more exclusive clientele seems like a smart direction at this stage in the game.

That being said, everyone likes to think big. So what about a remote, rotating network of 24-7 dating experts?

Think about how the open network component of telemedicine works. Sites like MeMD enlist a deep roster of healthcare professionals across the country. Due to varying schedules and time zones, they are on-call, online at different times of the day. When people are seeking speedy medical consultation from home – or anywhere for that matter – they request an appointment and are simply routed to a physician or nurse who is currently available.

LuvTom, based in Austin, Texas was trying to do the same thing, but for dating coaches. The plan was that people would sign up for the service and then through a mobile application, whenever they were in need of some love-coaching, they’d browse through the selection of available coaches and whip up a live consulting session.

There may be some merit to investigating this kind of model for the online dating tool that is both tech-smart and human-intelligent.

All this is to say that while companies in media, fashion, weddings, food and gifting are effectively catering to a nation’s crush on curation and concierges, the online dating world seems to be struggling with extremes. There is a way to tackle this problem and I’m not sure better technology is the answer.

Is there a more obvious industry in which we should be considering a bit more human touch?