Crowdfunding has given the world many products that might not have otherwise made it to market. Case in point, Emoji Dick—an emoji translation of Moby Dick. Also in that category is 5 O’Clock Shadow, a hand-knit beard mask for an instant pervy-uncle look. While it’s great that these fun projects were able to get off the ground thanks to monies from the masses, crowdfunders now have the opportunity to chip in towards a more noble cause: fighting cancer through research.

A new crowdfunding platform, Research Funder NI, aims to raise money towards advances in the treatment of cancer and other diseases. The platform was founded by Professor Ken Mills of the Cancer Research and Cell Biology center at Queen’s University in Belfast as a means to showcase some of the innovative projects in cancer research being carried out by the scientists and clinicians in Belfast. 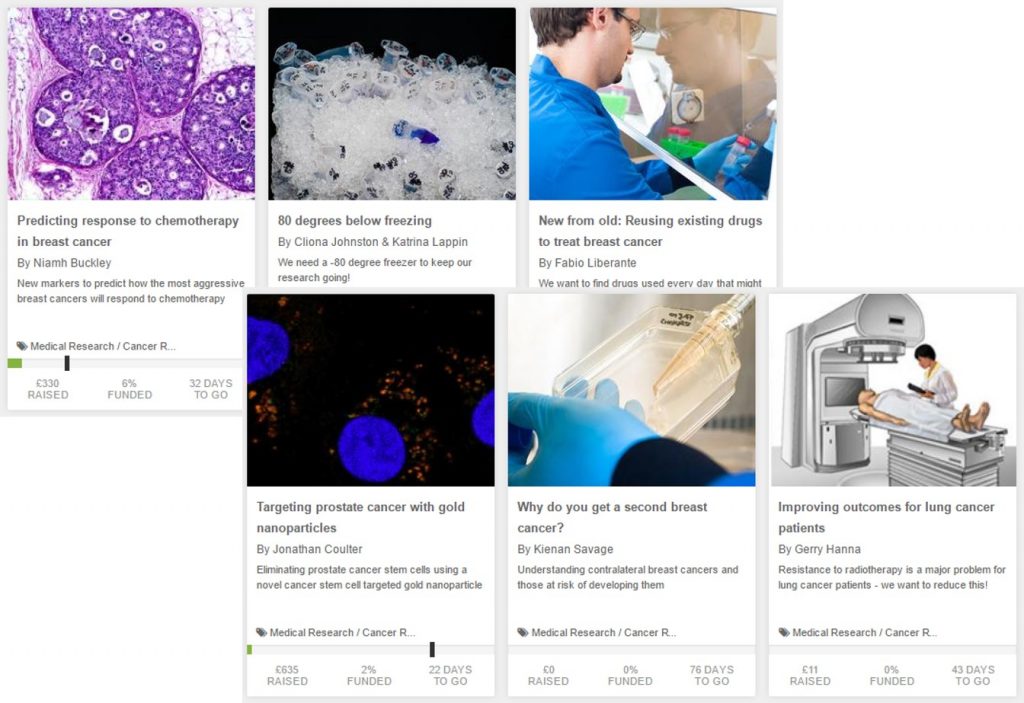 The platform places a special focus on funding for smaller research projects. Such projects often go unnoticed by institutions handing out grants, but are important because they provide the pilot data that serves as a baseline for more ambitious studies. Mills believes that raising capital specifically for smaller-scale studies will accelerate the rate at which cancer-fighting drugs can be deployed to clinics and hospitals by as much as 12 years.

So far, Research Funder NI has launched eight campaigns that deal with a variety of cancer-related projects. Dr. Jonathan Coulter has initiated one to develop a novel method for killing prostate cancer cells using a gold nanoparticle. Another campaign by Niamh Buckley is awaiting funds towards a study that would help gauge the efficacy of current chemotherapy methods in patients with aggressive breast cancers.

Research in the healthcare industry is costly and time-consuming, and reliant on fickle grants and often dwindling federal dollars. It would seem obvious that scientists are pursuing a cure for cancer, but a lack of funds has hamstrung their efforts. As a result, there have been instances in which the community has used crowdfunded campaigns to fill the gap in finances obtained from grants and charities.

Some of those were facilitated by Consano, another platform that makes it possible for anyone to make contributions towards pioneering medical research. While Research Funder NI lays a special emphasis on cancer, Consano deals with projects in domains as varied as mental health and addiction medicine. The site has so far fully funded 11 projects. That includes a study into why cancer kills and one that aims to find a cure for Diffuse Intrinsic Pontine Gliomas, a lethal brain tumor in children.

Having helped raise up to $50,000 for a single campaign, Consano shows that future advancements in medicine might occur through a concerted effort between scientists and the laymen in the crowdfunding community. Let’s hope this actually spreads.