The statistics for Lyme Disease are as frightening and getting worse. Around 300,000 people in the United States are diagnosed with Lyme disease every year, and that number is on the rise. A major issue in the treatment of the disease is that current tests for Lyme in the first month of infection are frequently wrong, meaning that people can wait months or even years to get a correct Lyme diagnosis, and subsequent treatment. And there lies the crux of the treatment problem for Lyme. When diagnosed and addressed early, the infection is treatable. Get to it too late, however, and it can become chronic and result a wide and debilitating range of symptoms, leaving as many as 40 percent of Lyme patients suffering from long-term health problems.

Concerns about the unreliability of Lyme testing have resulted in some state governments in areas heavily affected by the disease requiring physicians to inform patients that a negative Lyme test does not necessarily mean they are Lyme-free. In 2013, Virginia passed a Lyme Disease Testing Disclosure Act and Maryland followed suit in 2016 with a similar law.

The most common diagnostic tests for Lyme disease are indirect; that is, they measure the patient’s antibody response to the infection, not the infection itself. The two most-used antibody tests are the enzyme-linked immunosorbent assay (ELISA) and the Western blot.

ELISA detects antibodies to Borrelia burgdorferi, the predominant cause of Lyme disease, but because it can sometimes provide false-positive results, it is not used as the sole basis for diagnosis. If the ELISA test is positive, a test known as the Western blot test is usually done to confirm the diagnosis. In the first three weeks after infection, these tests detect Lyme only 29 to 40 percent of the time. Consequently, patients do not receive the treatment they need, at the time when it can make the most difference, and antibiotic treatment and cure becomes a lost alternative.

The Centers for Disease Control (CDC) is working on a test that can be used within the first two weeks of infection and that does not rely on antibody production; it uses a Lyme “signature” of small molecules in the blood such as sugars, peptides, lipids and amino acids. The hypothesis is that infections like Lyme change the levels of these metabolites in predictable, measurable ways.

“Lyme disease is a serious problem here in the United States and we really need to find solutions to some of the limitations that we have, particularly in diagnosing this infection,” said Claudia Molins, a microbiologist at the CDC. “We want a test that can be used within the first two weeks of infection and that does not rely on antibody production.” 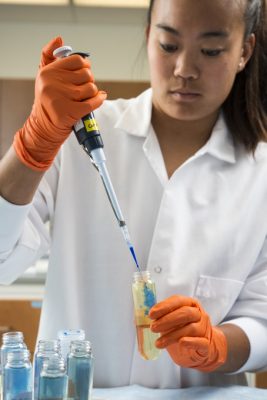 A Virginia-based diagnostics company, Ceres Nanosciences, has developed a urine-based Nanotrap® Lyme Antigen test for detecting Lyme disease. The test uses what is called Nanotrap® technology to directly measure Lyme antigens in urine using a Western Blot format. The test is designed to provide high sensitivity and accuracy, and is said to deliver confident results at the earliest stages of infection.

The Nanotrap® LA Test uses a direct approach and tests for the Lyme bacterial antigen, which is present in the body and can be detected within days of initial infection. Conversely, the Nanotrap® LA Test will provide a negative result indicating no presence of the antigen if the infection has been eliminated with effective treatment. Unlike other clinical Lyme disease tests that are indirect, the Nanotrap® LA Test is a non-invasive test that provides highly sensitive and specific direct detection of the Lyme antigen, B. burgdorferi, in a patient’s urine sample.

The Bill and Melinda Gates Foundation has so far given over $1 million to the company for research with grants in 2014 and 2015. In February, the company announced its plans to begin Series A funding for $9 million.

I chatted with Ceres Nanosciences CEO Ross Dunlap about why the Nanotrap® Lyme Antigen test is a game-changer, and what the company has planned for its future…and ours.

What differentiates Nanotrap® technology from other diagnostic tests?

What makes our test unique is that we use a proprietary and patented technology – the Nanotrap® particle – that gives us the capability to extract the hardest to detect biomarkers of disease from any sample type. For Lyme disease, there is no accurate antigen test available. This is because the antigen for Lyme is so challenging to detect as it is in very low concentration in blood and urine – below the limit of detection of conventional assays. Using our Nanotrap® particles, we can super-concentrate and clean up a sample, like urine, and concentrate the Lyme antigen to a point where it can be detected using a variety of assays. 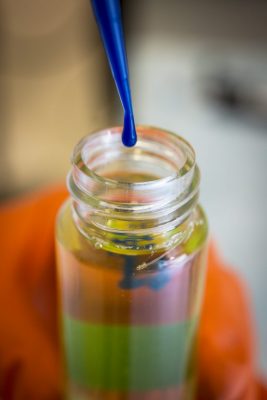 Is the test already available?

We have already launched the Nanotrap® Lyme Antigen test as a clinical laboratory-based test (www.lymedx.com) in the US. We are getting ready to announce the test’s release out of a clinical lab in the EU for that market. There is a well-established clinical lab that will be offering our test out of their labs for the benefit of patients throughout the EU.

What’s in the product roadmap?

We are in the process of adapting our Nanotrap® Lyme Antigen test to a Point of Care test format that will be FDA-cleared and available for processing urine samples real-time, in the doctor’s office, to provide a direct and fast result to a patient presenting acute or early stage Lyme symptoms.

How is your Series A round going?

Earlier this year we launched a $9MM Series A round and have raised $7.5 million already from GreyBird Ventures. We’re completing the round with another $1.5 million and are evaluating the right fit strategic investors for the remainder of this. The funds are going into business expansion, and funding the development and regulatory approval process for the Lyme POC test.