When you think of heart monitoring, often images of classic stethoscopes, finger-clip-booths-at-the-mall, or expensive and bulky medical equipment come to mind. At least a few companies, however, have developed tools and technologies that can track and measure heart health with, you guessed it, your smartphone.

Cardiio is the heart rate monitor reinvented; rather than touching, it just looks. At your face. After opening the app, users simply hold the front facing camera of their phone pointed towards themselves (by now, I think we all  know how to take a selfie) and shortly after, their heart rate is displayed–the measurement usually takes between five and 30 seconds depending on light level and how stable the phone is.

The app is based on techonlogy developed by the MIT Media Lab and Harvard that, in short, measures light reflected from the users’ face. Each time the heart beats, more blood is pumped to the face which results in more light being absorbed, and less light being reflected. While all this light isn’t visible to the human eye, smartphone cameras are able to compile accurate profiles from the image. The scientific concept is known as Eulerian Video Magnification. 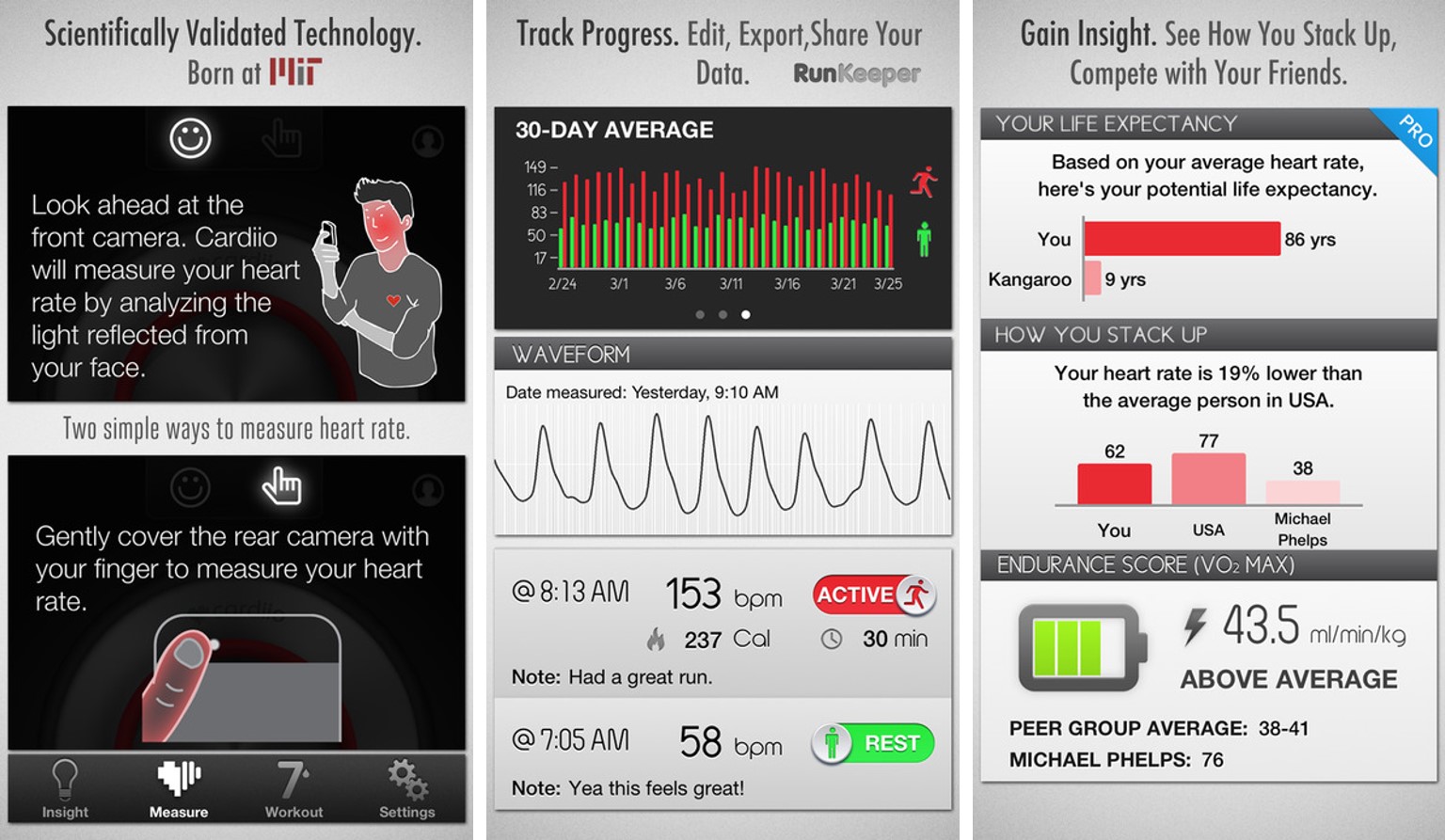 Does the technology produce reliable results? It seems so.

A recent preliminary study presented at the American Heart Association’s Scientific Sessions 2016 looked at 85 hospitalized patients. The patients first had their heart activity measured by a 12-lead electrocardiogram. Then, researchers measured the heart activity of the same patients but with the Cardiio Rhythm app. Based on the ECG, 25 of the 85 patients displayed atrial fibrillation; the smartphone application accurately identified more than 92% of those cases, as well as almost 95% of cases with no signs of arrhythmia.

Another recent study followed patients for a year; they were 65 years of age or older or had diabetes and/or hypertension. The measurements generated through The Cardiio camera-based app showed a sensitivity of 92.9%, and specificity level of 97.8%.

The mobile app goes a bit beyond simple measurements; it features a weekly view, daily dashboard, and a monthly summary. In addition, the app also measures fitness levels, life expectancy (maybe make that an optional feature?), and provides insights into how the user heart rate compares to the national average. As with many modern apps, users can share their data with family and close friends, post insights to Facebook and Twitter, connect to jogging apps like RunKeeper and even store their data in the Health Graph Cloud.

Although Cardiio isn’t intended to be a complete replacement for traditional heart monitoring solutions, there still are a few situations where the app can significantly help patients. One issue is time commitment and targeting; traditionally when users are being tested for heart problems, they’re instructed to wear a heart monitor for up to 30 days. For some patients, however, physicians don’t bother with the tests–or patients don’t bother with the tracking–because symptoms are so infrequent. The fruitless tracking, to some, can be difficult to reconcile.

To date the company behind Cardiio has been backed by Venture Fund Rock Health.

While Cardiio hasn’t specifically been cleared by the FDA, AliveCor has developed Kardia Mobile. It’s the world’s first iOS app to bring an FDA cleared ECG to a users’ phone. It can also measure your blood pressure. The sensors for the device are smaller than a credit card and can be attached to the user smartphone–but they do require physical touch to generate the measurements. 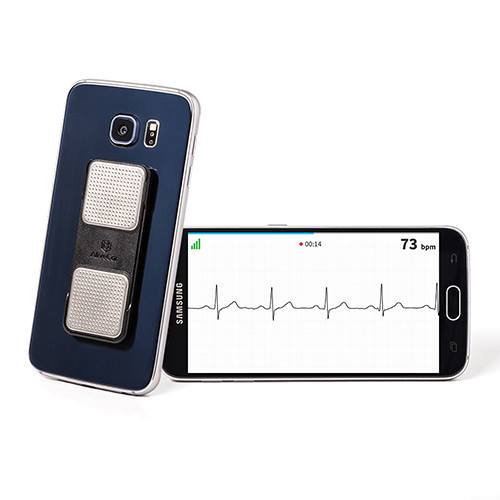 Per the previously referenced study, AliveCor received a sensitivity rate of 71.4% and specificity levels of 99.4%. Kardia Mobile is compatible with Android and iOS devices, and is available for purchase on the AliveCor store. So surprisingly, it’s not quite as strong in its identification.

Either way, this kind of technology is an important step towards a much more preventative culture. In reporting the results of some of the recent studies, Chung-Wah Siu, MBBS, clinical associate professor of cardiology at the University of Hong Kong pointed out that up to40% of strokes caused by atrial fibrillation happen in people whom atrial fibrillation had not been diagnosed. “Modern technology makes atrial fibrillation screening more accurate, user friendly, and effective,” said Siu. While there isn’t wide agreement that an app like Cardiio is ready for “prime time”, let’s all hope it makes its way there soon.