Smart home hardware has gathered momentum in recent times, spurred primarily by startups obsessed with cashing in on the imminent IoT boom. No part of the home will be spared the digital makeover – including wall clocks, as it turns out. Here are two startups dabbling in the high-tech horology business, and how their products compare.

Ingrein takes a rather philosophical approach to its clockmaking practice; it’s the smart clock that will help you “Break away from the tyranny of the smartphone.” The tyranny they refer to is the inexorable desire some people feel to have their smartphones within reach or in their hands every second of the day. With Ingrein, you can put the phone away and still be notified of important activity on your smartphone.

Inside the 13″ x 13″ body of the Ingrein is an 802.11b/g/n receiver. This lets it connect to your WiFi network, a capability that the device uses to communicate with the Ingrein smartphone app and IFTTT – the IFTTT integration is leveraged to allow users to choose which notifications from which apps are sent through to the clock. These notifications are then displayed on a 3.5” LCD screen that is visible in the “6” position, just below the clock hands. It is also possible to modify the backlight on the clock to differentiate notifications from different apps.

The clock also has a motion sensor, so that other smart home / security devices may be triggered in the event of a security breach.

Helping people break away from their smartphones so they can be more present with those around them is a noble undertaking. However, it feels like Ingrein takes away one form of distraction and replaces it with another. Smartphones themselves already come with priority app notification features, so spending $300 on a wall clock ($200 during the crowdfunding run) just to do the same thing seems a bit unnecessary. That being said, they do look pretty damn good…

Glance takes its tag of smart clock very seriously. The primary purpose of this clock is to unify much of the data generated by our growing repertoire of smart home devices and wearables.

When you wake up, it can display sleep data sourced from your Fitbit. Got an important meeting marked on your calendar? Glance will highlight the time at which you’ve got commitments by reading your Google calendar entries. Notifications are then displayed in the form of graphical symbols, making it easy to get relevant information at a glance. 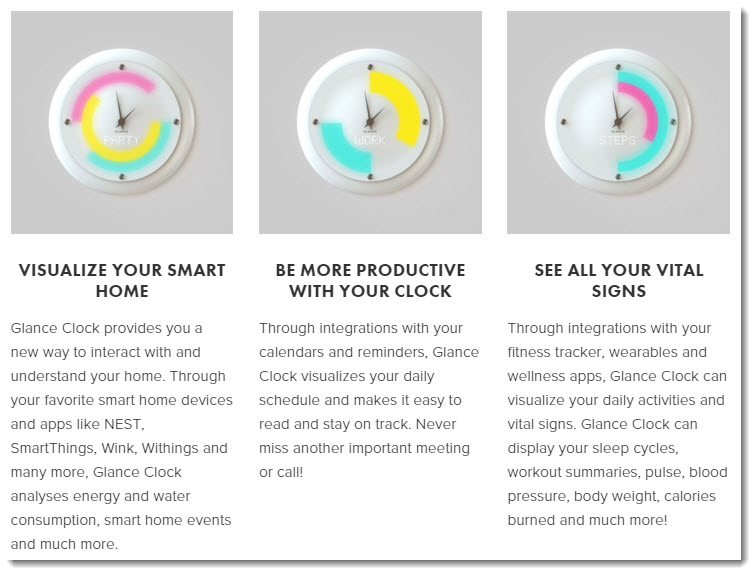 But Glance doesn’t just retrieve static data; it also analyzes various dynamic datasets and creates a feed of useful information. For example, it can connect to devices such as Nest and SmartThings’ products to display energy consumption statistics, heating schedules and more.

The clock comes with interchangeable frames so owners can play around with its appearance. It is accompanied by a smartphone app through which various settings can be defined and through which its cloud synchronization is carried out.

Glance will hit a crowdfunding platform soon, where the clock will be priced at $129. It is expected to retail for $179. 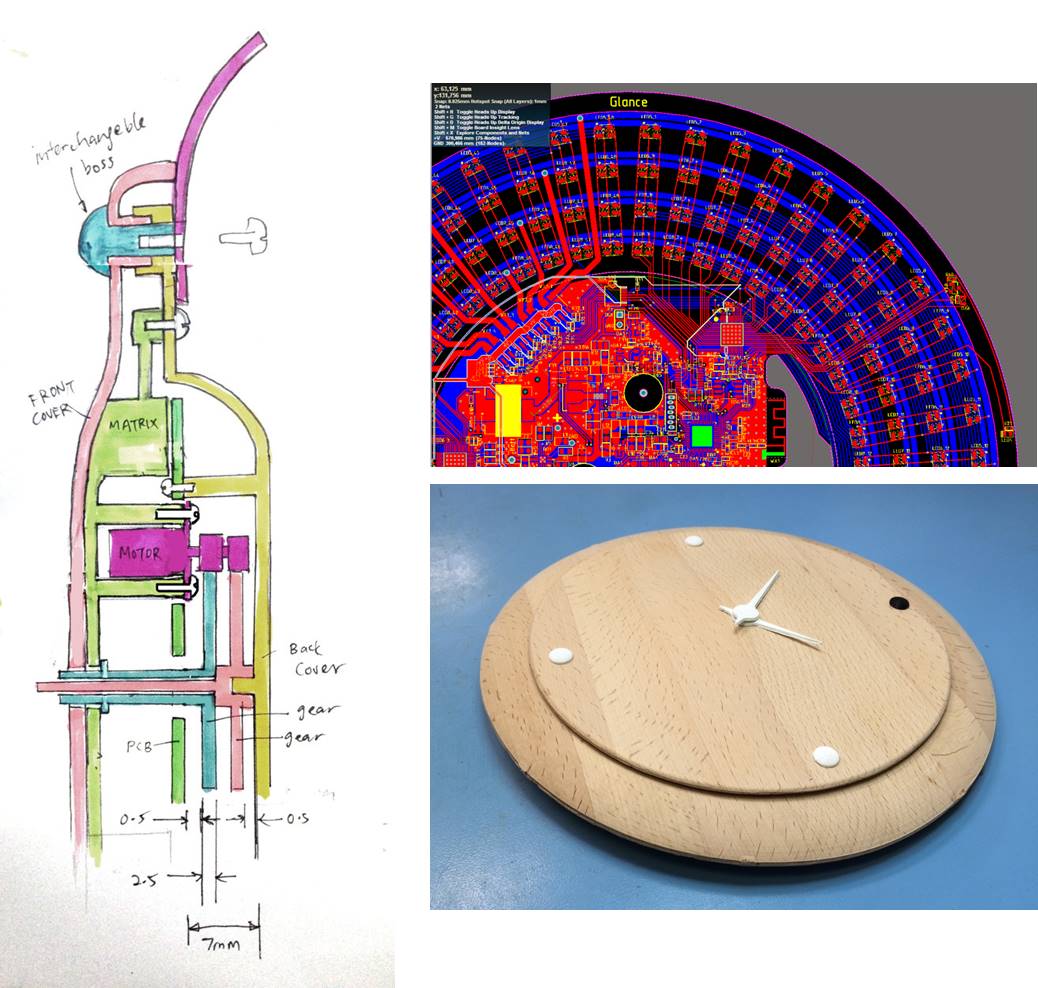 If I were forced to make a choice between the two smart clocks, I would go with Glance; it’s not as much of a looker as the Ingrein device but it seems to be more feature-rich and helpful (function over form, yo). If I weren’t forced to make a choice, I wouldn’t. Smart clocks are sold on the premise that they’re always visible and always on unlike phones, but I’m not sure that justifies the purchase of one as yet. Until they become a more compelling product, I’m going to continue using my phone to check how off schedule I am.