The Internet of Things revolution has been a long time coming, and we’re slowly but surely heading into a time when rather than having them stolen, we’ll worry about our cars being hacked and redirected to the nearest theatre playing an Adam Sandler movie. According to one study, anywhere between 20 and 30 billion smart devices are expected to be in use by 2020. With the IoT wave catching some serious momentum, here’s a look at a few startups that I think will be an important part of the movement.

IFTTT, an abbreviation for “If this, then that,” started of as a means to automate interaction between various mobile applications. Using “Recipes”, which are conditional statements, users were given a way to trigger activity in one app when something specific occurred in another. For example, there’s a “recipe” to automatically Tweet pictures posted to Instagram, or save attachments in emails to Dropbox.

As IoT began to mature, IFTTT pivoted from acting as an interface between mobile apps to doing the same thing for various smart home devices. Now, using their technology, you can automatically close a garage door at a certain time or let the ringing of your alarm clock set off the coffee machine. IFTTT integration has become an important bullet point on the feature lists of most smart devices, a sign that the application will be an important part of the imminent Internet of Things breakout.

Withings has been around for a while now, and is known primarily for its range of  Activité smart watches. The startup added a new dimension to its portfolio of products at CES 2016, one that’s among the most sophisticated in its class: The Withings Thermo. The device is among the smarter smart thermometers out there, thanks to the 16 infrared sensors aboard it that manage to make about 4,000 measurements in the matter of seconds.

The temporal thermometer (it tracks temperature using the temporal artery) is non-invasive and easy to use – all it takes is holding it flush against the artery in the forehead, and a couple of seconds later, the device displays your temperature and records it on the accompanying mobile app. The resulting log of temperature readings can be an important piece of data while dealing with illness.

In November of last year, San Francisco became the first city in the United States to launch an Internet of Things wireless network. The project was launched under the auspices of French startup Sigfox, which builds wireless networks exclusively for low-bandwidth smart devices.

Within IoT, there’s a great deal of competition to deploy networks catering specifically to IoT applications. Sigfox claims it already has over 5 million smart devices that tap into its nascent network in Europe. In the USA, the startup hopes to have its services rolled out in ten cities by Q1 2016. Outfits like Ericsson are working on a different wireless technology called NB-LTE, but Sigfox may benefit from the early-mover advantage it has garnered in the USA. Besides that, they have also drawn large investments from giants like Samsung, which should hold it in good stead as it staves off competition from its growing list of rivals.

Jawbone seems to be Silicon Valley’s perennial prospect. However, with it embracing data and connectivity over just the functionality of its hardware, Jawbone is slowly emerging as a startup that will change what we expect from wearables and fitness trackers specifically. 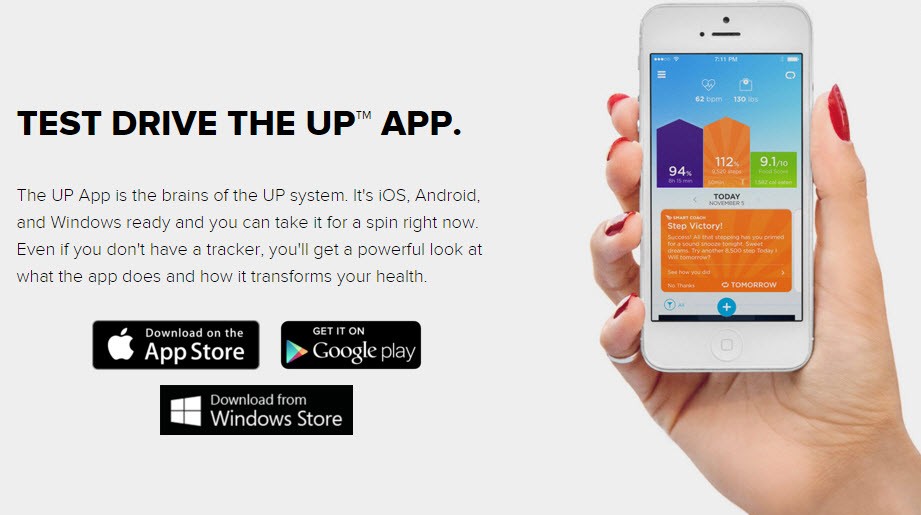 The Jawbone Marketplace was introduced as a means for users to use the Jawbone UP fitness trackers in conjunction with other apps and services. So now the UP helps users understand how daily drives affect their fitness goals by using data from the Automatic car adapter, or how much walking pets helps to shed calories using Whistle. Jawbone has even managed to partner with American Express to let users make payments with the UP4, so we’re definitely seeing the startup’s hardware begin to assume a more connected approach.

Connecting cars has become an important piece of the IoT puzzle. Besides establishing a way for cars to communicate with each other, several startups are designing solutions to obtain and leverage live road activity information to facilitate general communications, efficiency and safety. Inrix is a Seattle-area startup that hopes to do just that with its real-time traffic data. Car manufacturers like Tesla, BMW, and Ford use the data collected by Inrix to feed maps that display live traffic and other commute information. Inrix has also made acquisitions to help it provide smart parking services, which enable users to find and pay for parking spots via their smartphones.

Recognizing the importance of the data it produces, transportation agencies in Colorado, Southern California, and Los Angeles have partnered with Inrix to help with their smart city efforts. Everyone hates traffic, so there’s bound to be interest in the services Inrix provides in other parts of the world as well.