Photography is a great hobby, but for many, it can be expensive. The cost of lenses, filters, and the cameras themselves all add up over time. The makers of this camera assistant are looking to make photography a bit affordable by leveraging artificial intelligence to reduce the need for filters and expensive lenses.

Before going into Arsenal’s precise features, it’s worth discussing the AI with a bit of detail. The built-in algorithm compares the current scene against thousands of past images using a deep neural network (the same type used as autonomous vehicles). It then optimizes settings based on 18 different factors. The core of the Arsenal revolves around the settings assistant AI. This component is trained on thousands of photos meaning it’s able to determine the scene the user is shooting. It then fine-tunes the settings using 18 different environmental factors which result in better photos with each shot.

With the mobile app, users can set their camera’s manual settings from up to 100 feet away. This includes shutter speed, aperture, and ISO. Additionally, users can see a live preview and trigger the shutter from their phone. 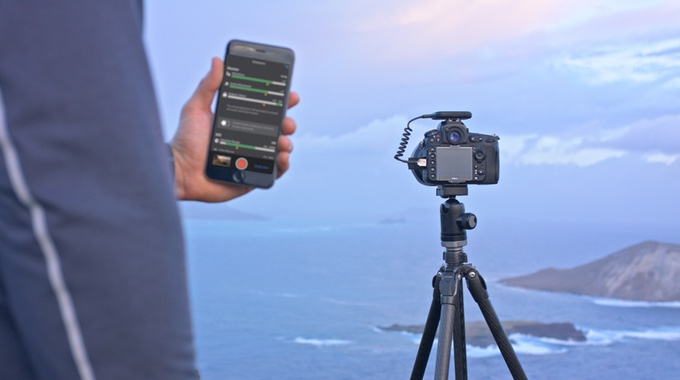 One of the more notable functions of the mobile application is the ability to take time-lapse photography via an easy to use interface. Using the mobile app, users can set their parameters after which the mobile app will adjust the exposure within changing light conditions for a smooth day-to-night transition. Users can also preview the time lapse as it’s being recorded. There also is robust support for high-definition range (HDR) photography. By automating the photo stacking process, users can take multiple exposures and merge them into a single RAW or JPG image on the camera, no post-production required.

Focus stacking is another powerful feature which keeps entire scenes in sharp focus. Arsenal calculates the optimal number of exposures, takes them at different focus perspectives and merges them into a single crystal-clear image.

Arsenal is powered by an ARM processor; weighs 2 ounces; is Bluetooth 4.0 and Wi-Fi enabled; has a six-hour battery life, and a 100-foot wireless range. It can be charged when in use using any USB compatible battery pack (not included). Arsenal is designed to connect to the user’s camera via a USB cable (included with each purchase). After a connection is made, users can control their camera wirelessly using the companion mobile applications.

Early bird pricing for Arsenal starts at $125 which is 50% off the estimated retail price, and the estimated shipping date of the device starts at January 2018. Arsenal is built to be compatible with dozens of popular DSLR and mirrorless camera models from Canon, Nikon, Sony, and Fuji. A full list of supported devices can be found on the supported cameras page.