Solar panels are great. The world needs more clean energy, and solar panels are one way to do it. What many homeowners don’t want is a large photovoltaic module sitting on their roof terrace incapable of blending in with anything around it (unless the rest of the roof is photovoltaic module-themed). The solution, obviously, is less conspicuous—or even invisible—solar panels. The biggest names in sustainable energy and even the smallest ones are both taking jabs at creating this technology; what Elon Musk’s company is calling, Integrated Solar.

To go with the launch of version 2.0 of the Powerwall, Solar City and Tesla last week unveiled a line of solar energy-harvesting roofing materials. Elon Musk said in his speech prior to the unveiling that although they are vastly different products, Solar City wanted to do with solar panels what Tesla had already done with electric cars: take them from being primarily the monopoly of the extremely environmentally conscious to a compelling product for the general population. And it does seem like Tesla has managed to create the Tesla to the Prius that is current solar panel technology.

Solar City’s solar panel roofs come in four designs: Smooth Glass Tile, Slate Glass Tile, Tuscan Glass Tile, and Textured Glass Tile. Each kind of tile is opaque to the eye, but is transparent to sun rays. In Musk’s own words, the roofs are “beautiful, affordable, and seamlessly integrated.” In their current form the tiles are about 98 percent as efficient as the average solar panel. Of course, the company is working on bringing that number up to a perfect score.

Although he didn’t comment on the exact price of the tiles, Musk did mention that they’re an affordable alternative especially considering the roofs also help minimize electricity bills. Combined with the Powerwall, Solar City claims that its roof tiles are able to power a house entirely on renewable energy. That’s a pretty sweet deal for both the environmentally and monetarily conscious. Musk did admit, though, that replacing an existing roof to accommodate the new tiles may be an impractical move.

Although probably ruing the timing of their launch (it isn’t easy to compete with the PR juggernaut that is the Elon engine), a company out of Italy has come up with its own brand of invisible solar modules. Dyaqua, like Solar City, has found a way to conceal photovoltaic modules in standard building materials—and what some would call classic European building materials. What it does have going for it is that the wood, stone, concrete, and slate material can not just serve as roofing, but also be used to construct general facades and floors.

Dyaqua’s invisible solar construction materials produce a peak power of between 4.55 Wp and 1.15 Wp. They’re made from recyclable materials, which adds to their environmental appeal. Dyaqua is targeting its product at heritage buildings needing renovation as well as individual buyers hoping to turn their house into a spot of green in an otherwise un-eco-friendly urban sprawl. 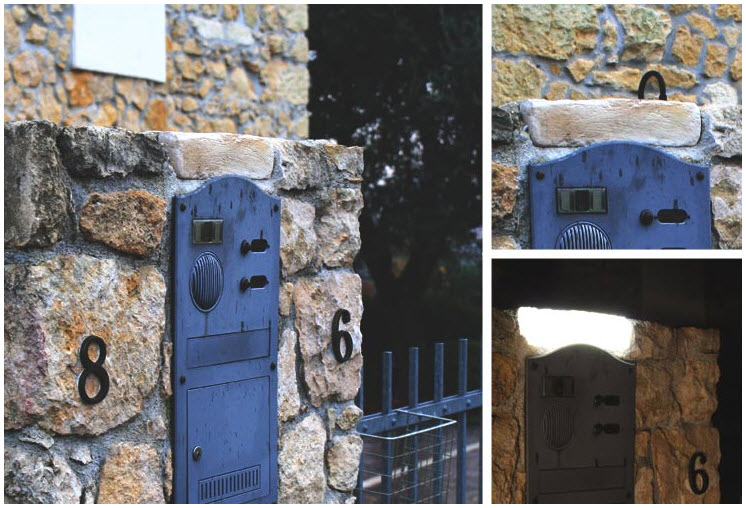 The photovoltaic tiles are available on Indiegogo for about $100 a pop. It isn’t surprising that the campaign has yet to collect even 5% of its $20,000 target; a “beautiful photovoltaic STONE!” for $130 isn’t the most compelling thing. Crowdfunding success maybe elusive, but Dyaqua is probably going to make its money offering more complete solutions for new homeowners and those in the construction business.