Golf is a notoriously fickle game, with success or failure often decided by the most miniscule measurements. If the angle of your swing is off by a single degree or your weight shifts too quickly, you’ll send the ball skittering into some insufferable hazard (followed by cursing and tossing of clubs).

Passionate golfers are willing to do just about anything to get better, which is part of the reason why the IOFIT Smart Shoes are doing well on Kickstarter. With about a month still to go, they’ve already raised over $52,000 on a $30,000 goal. Calling themselves “the first smart shoes to improve your golf game,” the IOFIT shoes are a product from Salted Ventures, a Samsung spinoff company.

There are two main features to the IOFIT smart shoes: the shoes themselves and the accompanying app which provides feedback and analysis of the wearer’s golf swing. The shoes are equipped with a series of sensors that precisely measure balance and weight shift when the wearer is swinging a golf club. These sensors pick up data that isn’t visible by the naked eye. As they say on their Kickstarter page:

IOFIT was designed to accurately detect every subtle change [sic] in the pressure distribution in a matter of milliseconds.

The app, which will be available for both iOS and Android, is where the IOFIT product really gets its distance. The sensors in the shoes immediately send the weight-shift and balance data to the app, where it is thoroughly analyzed. Feedback is then provided to the wearer, showing them how to improve their swing. 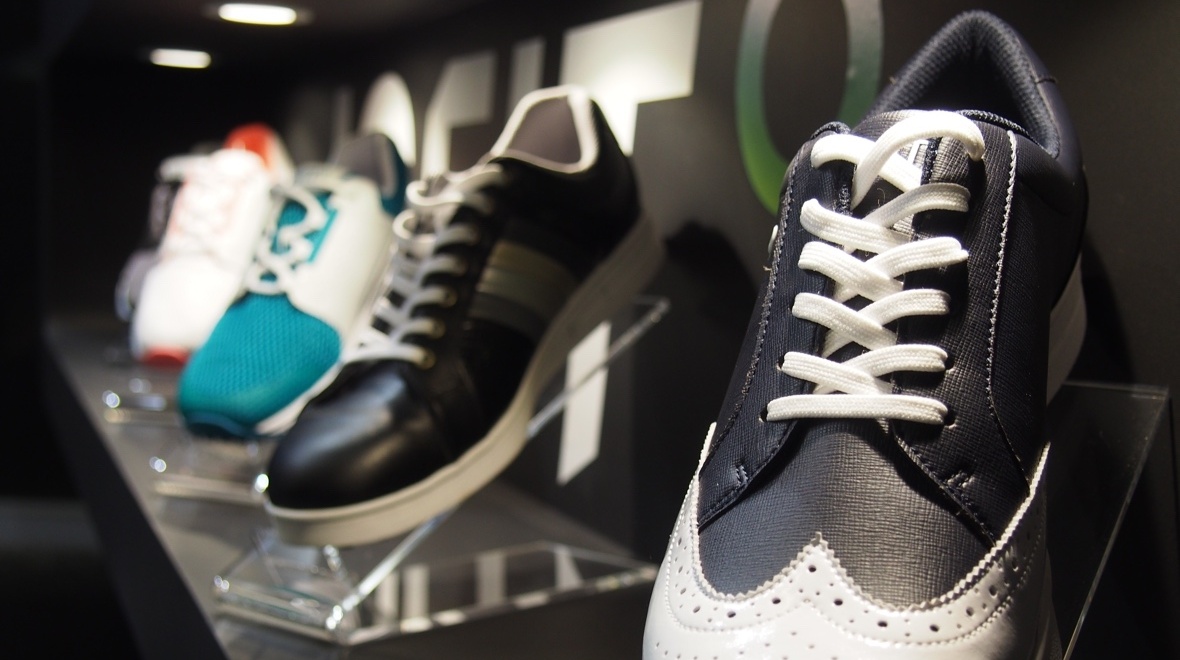 Additionally, the wearer can have their swing recorded by a friend, and the app will provide more in-depth feedback. If a second person is not available, the phone can measure the swing from the pocket of the golfer, presumably using the accelerometer. 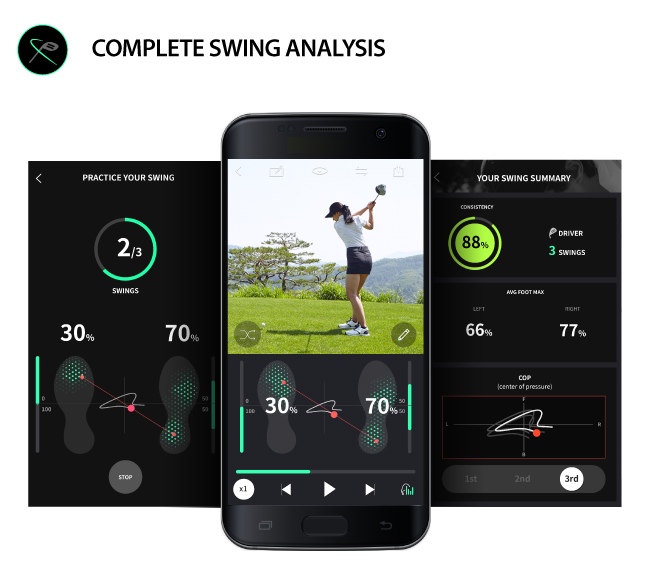 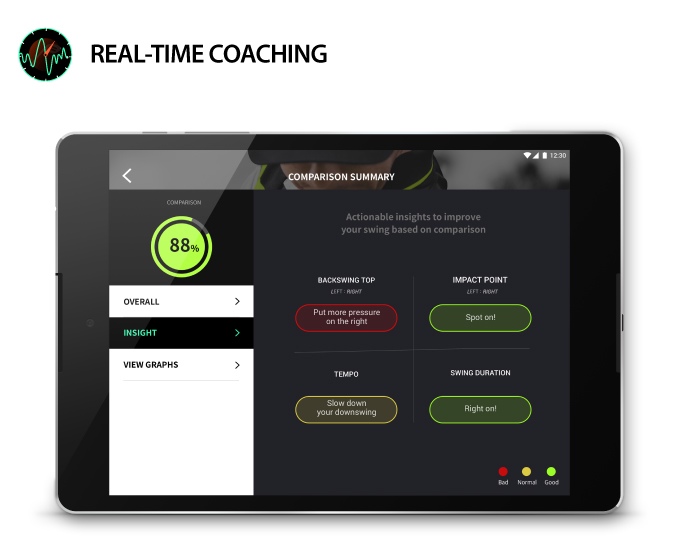 Because balance and weight-shift are such an integral part of a good golf swing, this measurement and analysis allows golfers to understand the fundamentals of their swing mechanics and make significant improvements they may never have known were valuable. As CEO and co-founder Jacob Cho said:

In the past, the only way for golfers to get professional feedback on their swing was to hire a coach or purchase equipment that costs thousands of dollars. Now, with just a pair of shoes and an app, golfers can quickly and smartly improve their game while having fun.

The app also allows the wearer to superimpose their swing over the swing of professional golfers, allowing them to see and correct crucial differences—foot weighting included, of course. If you want to model your swing after someone on the PGA tour, you can do that.

The swing video and weight-shift analysis can be shared with coaches so the coach can give both written and audio feedback. 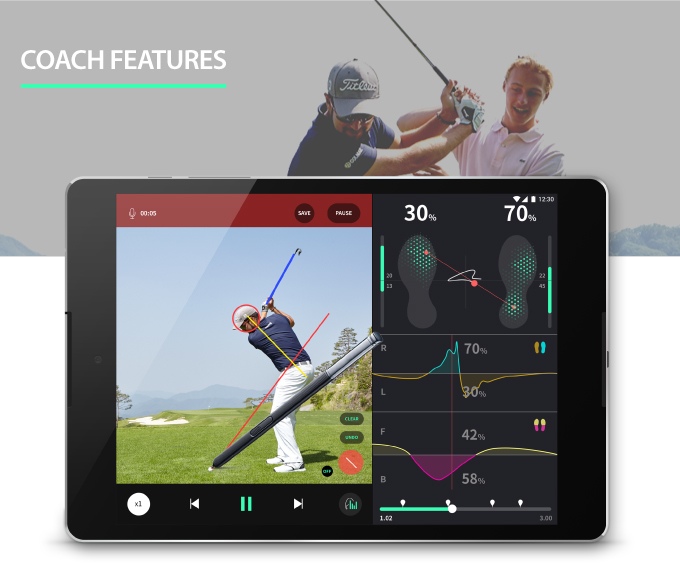 Smart shoes aren’t a new concept. In fact, neither are smart socks. Digitsole makes both a smart insole and smart shoe that track a variety of metrics. Lenovo also created a pair of smart shoes that track health metrics and can actually interact with mobile games. But what clearly sets the IOFIT offer apart is their dedicated research, intelligence and analysis for the game golf.

The potential beyond golf for mechanics optimization by way of “weight-shift-tracking” shoes is pretty exciting if you think about it. Weightlifters, tennis players, baseball players, and a collection of athletes from other games could definitely benefit from this kind of analysis. Whether Salted Ventures elects to develop apps for these sports remains to be seen, but if there’s a market for this, there would likely be a market for that.

IOFIT shoes will retail for approximately $399, but there are still some $189 early backer spots open on their Kickstarter page. The shoes are planned to ship in February, 2017.