It’s an established fact that the tech industry has a significant diversity problem. In 2014, the combined US workforces of Google, Facebook, Yahoo, and LinkedIn were 91 percent white and Asian, 3 to 4 percent Hispanic, and only 2 percent black. Those are just a few examples; the people filling our tech jobs are rarely a reflection of our actual educated population.

Twitter is emblematic of the problem. In November of 2015, after facing intense criticism for their lack of diversity, the company brilliantly decided to hire a white man as their head of diversity. Next, they’ll be hiring Michael Scott to facilitate their diversity training.

Porter Braswell and Ryan Williams, the co-founders of Jopwell, a site for hunting tech jobs, want to turn things around in the tech world. Jopwell, which raised $3.25 million back in January to bring its total funding to $4.25 million, is a digital recruiting platform that connects black, Hispanic/Latino, and Native American professionals and students to jobs primarily in the tech industry.

In many ways, Jopwell offers similar features to LinkedIn, except the primary focus is on minorities. Users can explore companies and roles of interest, apply for jobs, and get noticed for recruitment opportunities.

Although Jopwell has only been live since January 2015, it has already garnered significant attention. The former Goldman Sachs employees quit their jobs in 2014 and self-funded their idea until they were able to gain entrance to startup accelerator Y Combinator. Things moved quickly after that. Braswell and Williams say more than 50 companies, including Spotify, Microsoft, Facebook, Airbnb, Pinterest, Netflix, and LinkedIn are now using their platform to identify and recruit candidates for their tech jobs. 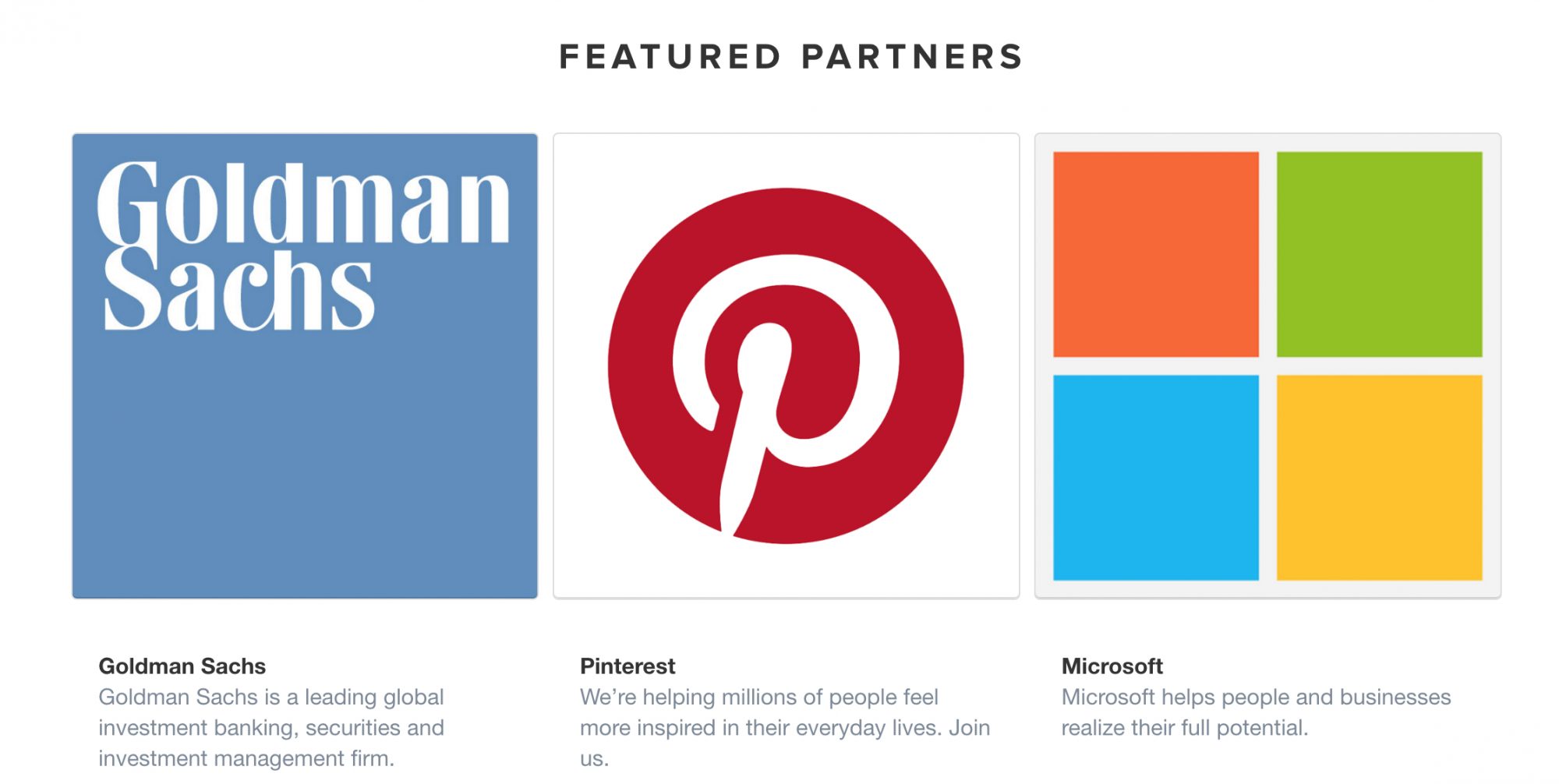 They have attracted tens of thousands of job candidates and have helped these individuals make over 15,000 connections. They’ve also received funding from some big names, like Joe Montana, the San Francisco 49ers, and Magic Johnson. Johnson, who has a history of supporting and investing in diversity-focused initiatives, said:

Investing in Jopwell fits into my mission to support, empower and strengthen under-served communities. Jopwell optimizes the search and hiring process. It gives people the tools they need to become successful. When you look at the portfolio, the investment was a no-brainer.

According to many, diversity within the tech community is in such a problematic state that there is significant room for companies like Jopwell. “We feel very strongly that this is going to be a huge space,” said venture capitalist, Freada Kapor Klein. “Given the changing demographics of the U.S., given the renewed attention to diversity and inclusion, we think this will raise the floor for what companies have to be doing.”

Jopwell isn’t the only company angling for the minority-focused job search & professional networking market. Blendoor calls itself a, “Blind recruiting app that facilitates job matching based on merit, not molds.” They do this by removing a candidate’s name, photo, and dates so that employers are not biased by gender, age, or ethnicity. The goal is to avoid superficial distractions that may get in the way of merit-based hiring, similar to how orchestras have been implementing “blind auditions” to avoid gender bias.

Savvy is an app designed specifically for women. It allows a woman to set her salary requirements, benefit preferences, and company culture interests. With that information, the app matches her with employers in a fashion similar to how a dating app may make connections. The matching algorithm reportedly reduces sourcing time for users by an estimated 40%.

There is also a market for internal diversity awareness and management software. A tool from SAP called, Calibration is newly designed to help manage employee performance and avoid gender bias. For example, if the only “high potential” employees are male, the software can flag the imbalance so that leadership is notified and may take the appropriate steps necessary for correction.

Clearly, the issue of diversity in tech jobs isn’t going away any time soon. It is rooted in the need for social change, and any significant social change requires more than a few platforms and services. Given their initial success and backing though, companies like Jopwell appear poised to help us accelerate the progress.