The last time someone put me to sleep and woke me up when it was time, I was in a Computer Networks class with a very angry Professor hovering over me. In general, though, getting an adequate amount of shut-eye – just the right amount – isn’t always the easiest thing to do. It’s why the folks at LA-based design studio Mode M created Sunrise Pillow, a smart pillow that uses an understanding of how our bodies work and some interesting technology to “revolutionize your mornings and your nights.” It has raised $294,000 on Kickstarter so far and has ample time to rake in some more cash.

Sunrise Pillow’s claims of a smooth return to wakefulness are grounded in sleep biology. Apparently, the body’s response to a gradual increase in light intensity in the early morning hours is to stop producing Melatonin, a hormone that promotes sleep (not to be confused with melanin, the pigment). The pillow recreates this effect using strips of LED lights that are activated when it’s time for you to wake up. That way you can wake up before the sun and still get the luminous push you need to get out of bed.

There are additional ways in which Sunrise Pillow ensures you don’t wake up groggy. An accompanying mobile app offers six different ways to do that. You could have it play binaural beats, which science has shown to decelerate bran rate and promote sleep. There’s the option of going through a guided meditation exercise. The app also plays nature sounds, streams audiobooks that pause when you’re about to sleep, and plays nature sounds, all in an attempt to get you to doze off. 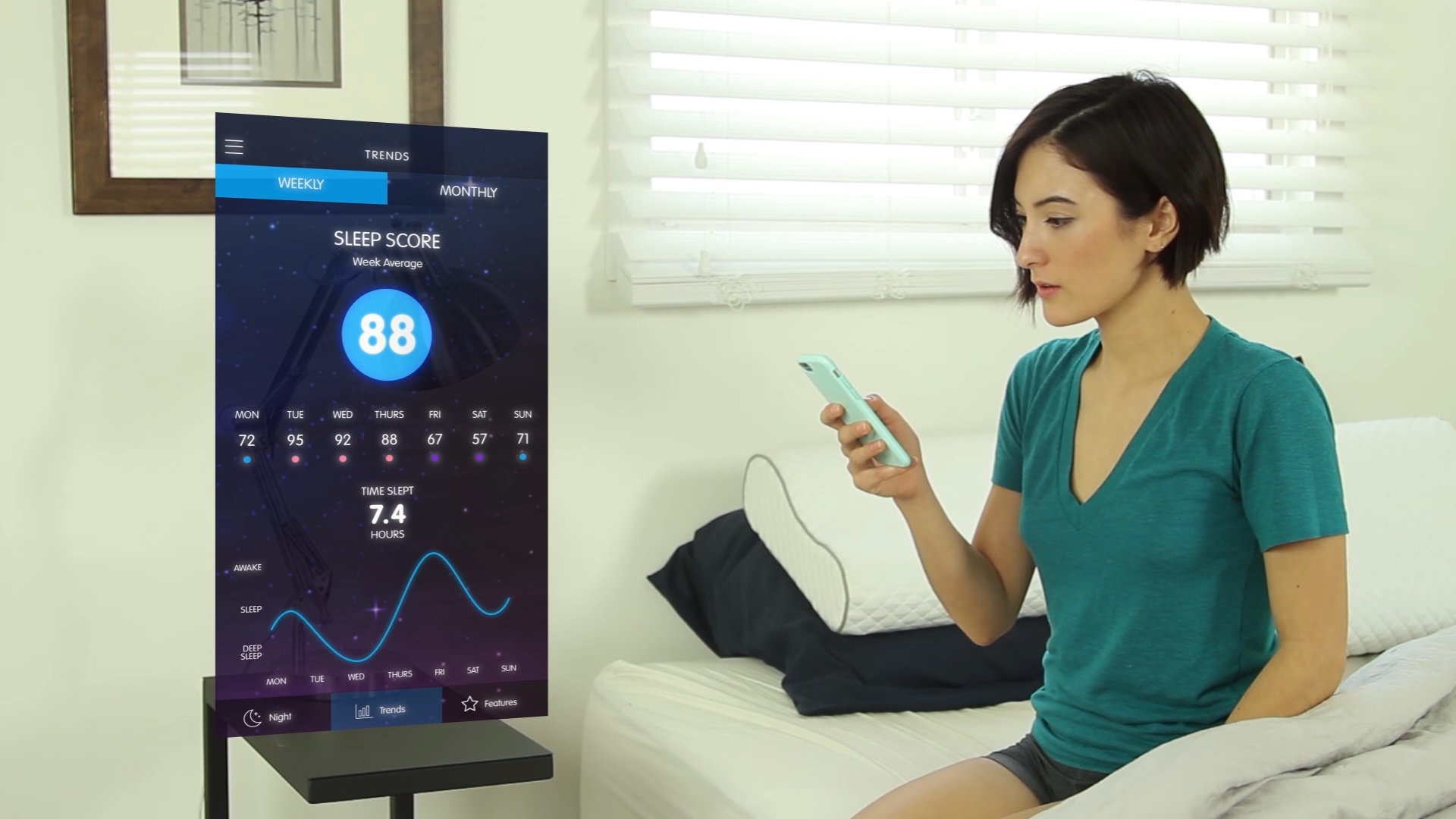 Once it’s time to wake up, the strips of LED lights kick into action first to ease you into wakefulness. You could also use the app’s smart alarm, which tracks your sleep cycles. Given a particular time at which to go off, the alarm takes your circadian rhythm into account to ensure that you wake up feeling fully rested.

Over 2,000 backers have combined forces to help Sunrise Pillow smash its $50,000 goal on Kickstarter. The campaign comes to a close on May 19, so it has about two weeks to add to the $294,000 it has in the kitty right now. Units of the pillow are available via Kickstarter starting at $99; the estimated retail price is $299. A few pledge tiers have already run out, so you might want to make haste if you are looking to back the product. Deliveries are expected to commence October 2017.