Hoverboards are pretty cool, but these misnomers on wheels have been running into trouble lately. Some have been spontaneously combusting – one may have even committed arson. Others have been making riders faceplant with disconcerting regularity (though some of that could be chalked up to riders’ ineptitude). One even managed to put Mike Tyson’s backside on the mat in about 30 seconds, which is a lot quicker than Buster Douglas or Lennox Lewis managed to do it.

The entire fiasco has meant rideables are quite “in” at the moment, but the opportunity exists to dethrone “hoverboards” as the most popular gadget in the segment. If LeifTech has its way, electric skateboards may take over as our futuristic transportation of choice.

The whole idea behind Leif’s electric skateboard is to bring the experience of snowboarding to places that don’t see any snowfall, because lots of people miss snowboarding in the off-season and some just never get to try it. Leif does this by making the skateboard like a remote-controlled car, with the remote being in the rider’s hands, of course.

Analogous to the wheels on a remote-controlled car are the two 360-degree rotating battery-powered caster wheels that accompany the standard wheels on the skateboard. In order to recreate the feeling of tearing down a freshly-groomed moutain slope on asphalt, the “eSnowboard”, as they call it, has a rotating plate powered by a 2000-watt electric motor which ensures a smooth ride with each turn.

Riders dictate the speed at which they move with the help of a wireless remote control that connects with the skateboard via Bluetooth. The board can hit speeds of up to 23 mph, which doesn’t come close to how fast snowboards can go, but this is more about the feel of the ride than the speed. 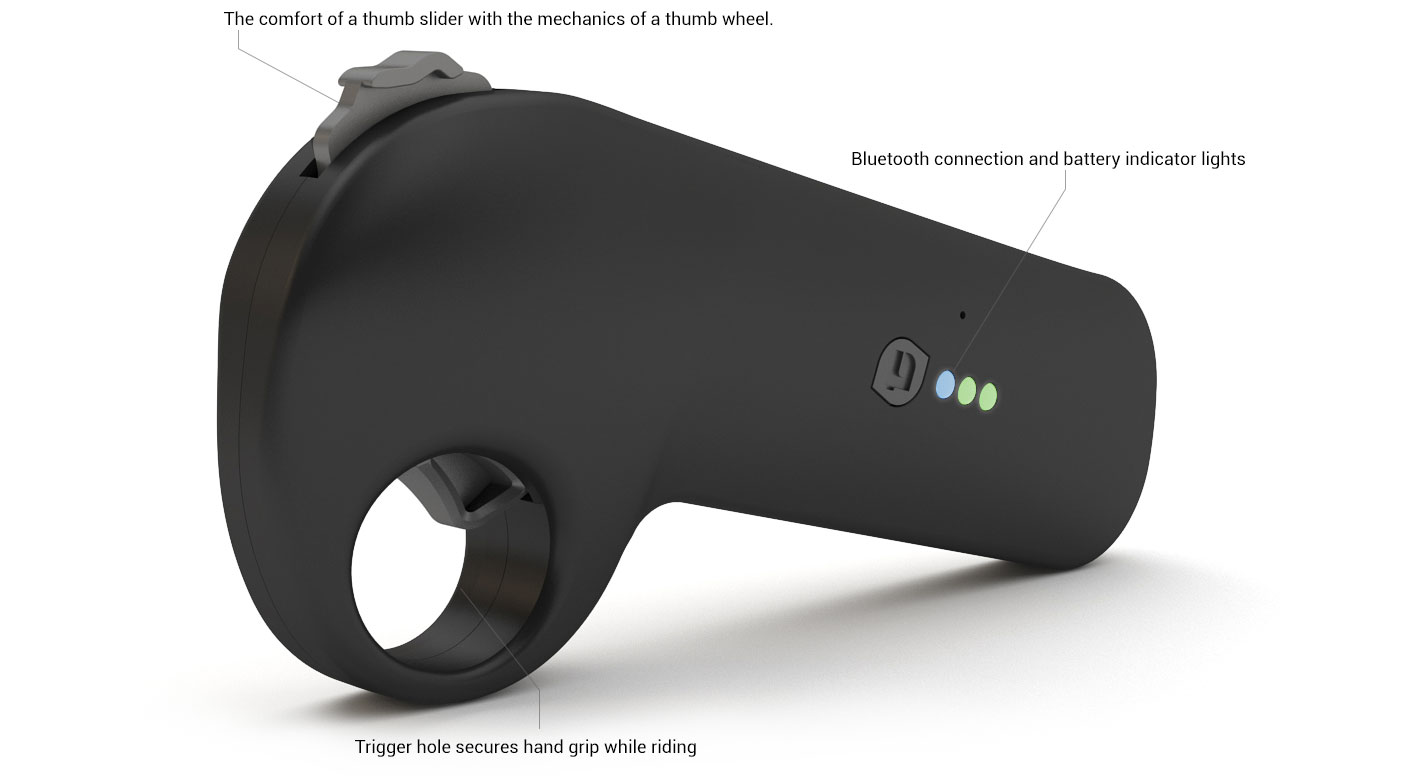 The Leif electric skateboard’s ability to mimic snowboarding is as much a result of the software that’s packed into it as it is the hardware. There’s a CPU positioned in the centre of the underbody which controls the electric motor on each caster wheel. Using inputs from sensors and algorithms, it distributes power dynamically between the wheels during high-speed turns and tight carves. 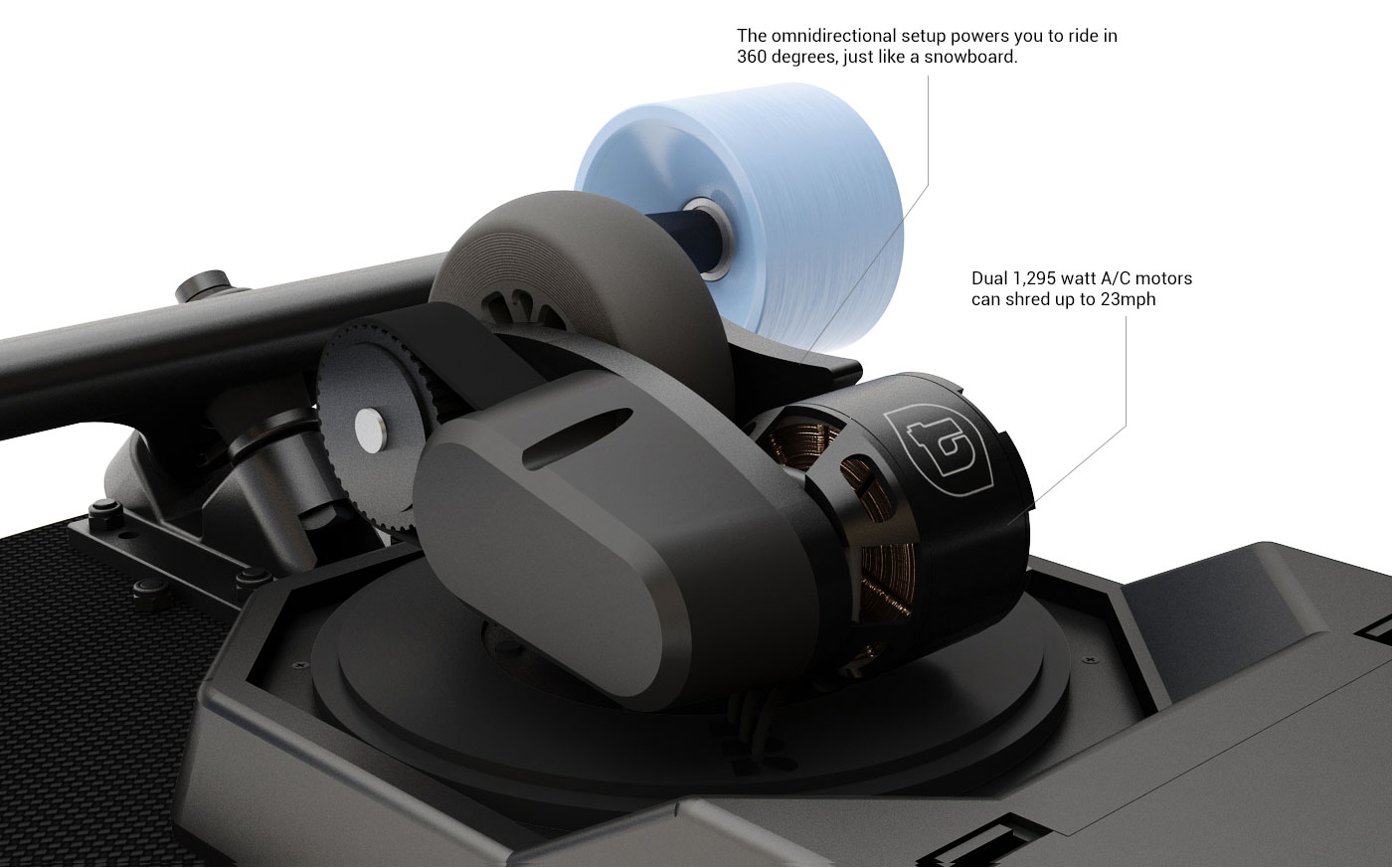 The lithium-phosphate battery pack that powers the electric skateboard runs up to 8 miles on a single charge, though that may vary based on the riding style and terrain; recharging them can take up to 90 minutes. The board weighs 18 pounds, which is slightly heavier than the average skateboard.

It took a couple of tries for Leif to raise funds for this project. Their Kickstarter campaign fell more than $50,000 short of its $90,000 goal. They then gave it a spin on Indiegogo with half of the previous funding goal. On that second attempt they manged to accumulate 148% of their $45,000 and avoided having to try their luck with GoFundMe.

More than a year after their crowdfunding campaign closed and many delays later, Leif is finally ready to ship units of its electric skateboard in March. The boards are available for pre-order on the website for about $1,500, along with accessories such as batteries, chargers, and timing belts. When you order, you have the option to choose between three different wheel colors and three different board lengths.