Researchers have found that lost wallets containing pictures of family members are a lot more likely to be returned to their owners. Baby pictures are especially adept at pulling at the heartstrings of someone who has chanced upon a lost wallet, so much so that 88 percent of such wallets were returned in the study conducted.

But if you don’t want to leave it to the generosity of strangers – or rather not have to explain why you have pictures of random toddlers in your wallet – a smart wallet would be the way to go. Walli is a new entrant to the smart wallet space, and one of the more feature-rich ones at that. 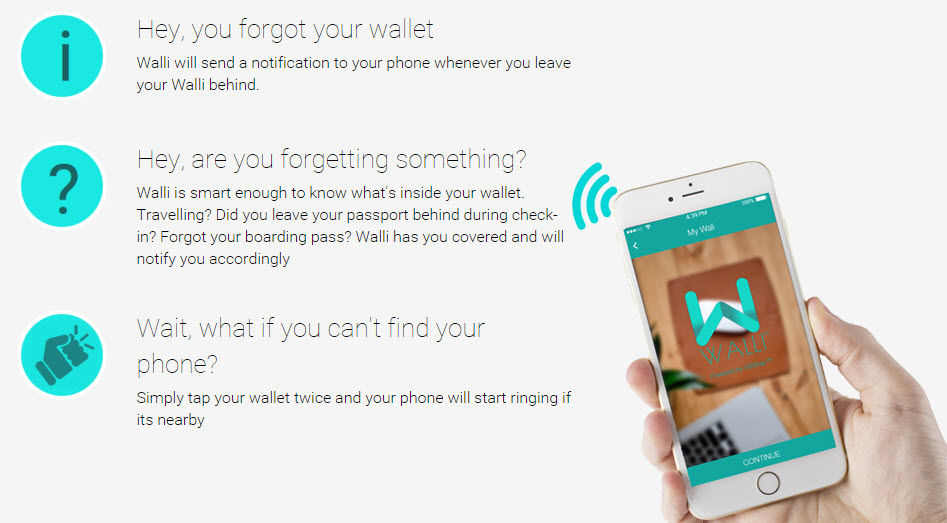 Some of Walli’s features are similar to ones we’ve seen on smart wallets that have preceded it. The wallet works in combination with an Android / iOS app and its core feature is location/proximity tracking; the app notifies the user as soon its Bluetooth connection to the wallet is detected as “out of range”. This link also works the other way around; in case you’ve lost your phone within 30 meters of Walli, you can double tap the wallet to get the phone ringing, even if it’s on silent.

Even if the feature list stopped right there, Walli would be a nifty little addition to your repertoire of wearables. But it doesn’t. The smart wallet doesn’t stop at tracking the wallet itself, but is also able to keep track of what’s being carried inside it.

SecurePockets, a patent-pending technology created by the team at Walli Wearables, recognizes pockets in the wallet that are generally used to carry cards, and notifies users when a particular card hasn’t been returned to its slot after a certain period of time. This time period can be set by the user from the mobile app. There are three slots for credit/debit cards, three for business cards, one for a passport, and one for a boarding pass. So if you ever happen to leave home without one of these things, Walli will notify you about it. 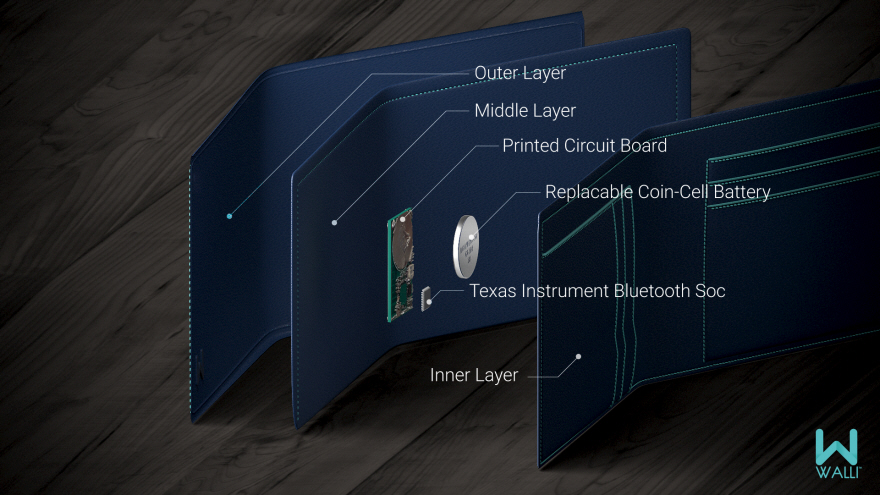 Unlike other wearables, Walli doesn’t require charging. It works on a coin cell battery, which needs to be replaced every six months or so. The genuine leather wallet comes in two color combinations: Blue & Teal, and Black & Blue.

Walli is currently live on Indiegogo, and with about a week left on the campaign, has managed to amass over $150,053 – 600 percent of its $25,000 flexible goal. Units of the wallet were available for $79 on the campaign, but that perk has sold out. You can still book a Walli and get an extra battery for $89, which is 25 percent off the expected retail price of $119.