I am, for all intents and purposes, what you would call a social media laggard. I joined Facebook only in 2009. I was graduating from the 10th grade and my friends warned me we would lose touch if I wasn’t on any social media (I have since lost touch with almost all of them). I made it onto Twitter in 2013, well after it was an upstart Internet phenomenon. I have made a grand total of 159 Tweets since then, at an average of about 40 Tweets a year. I joined Instagram earlier this year and have literally never logged into my account since. All that said, for someone with such an apathetic history with social media platforms, I have really enjoyed using Snapchat.

And not just because I installed the app at the behest of a girl I was into. Over the course of making headway in that relationship, I learned to appreciate Snapchat itself and its unconventional take on social media interaction.

Today, Snapchat–or Snap, the now parent company–is at a crossroads. The company’s Q3 2017 report came out last month and the numbers are far from impressive. Snap made $207.9 million in revenues, falling well short of the $237 million expectation. The app added 178 million daily users in Q3. That’s a quarter-over-quarter user growth of 2.9 percent, the worst in the app’s history. Snap’s share prices fell a steep 16 percent in response to the quarterly report.

The data shows that Snapchat might be at a key inflection point in its existence. How it reacts to declining onboarding figures and growing competition will determine its longevity in the most hotly contested niche in the app market. 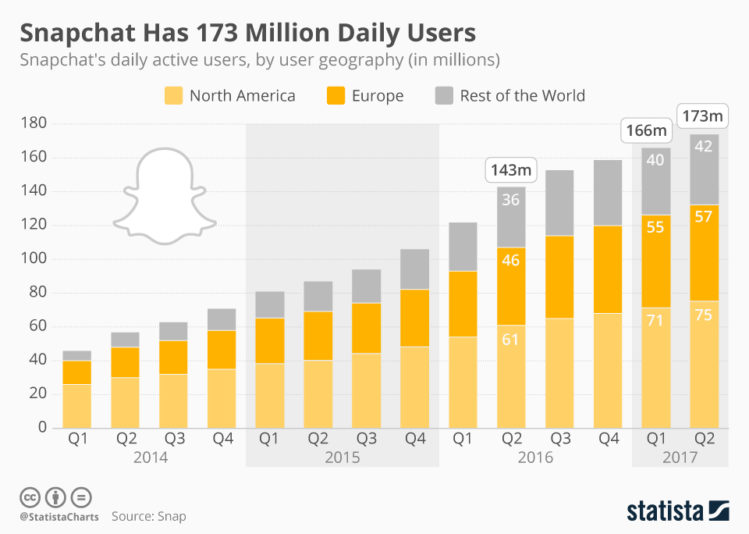 But even if Snapchat doesn’t make it out of this phase in one piece, it will still have been a bright spot in an otherwise bromidic lineup of counterfeits and carpetbaggers. Fahad Manjoo said in an NYT column last year that, “If you secretly harbor the idea that Snapchat is frivolous or somehow a fad, it’s time to re-examine your certainties.”

The truth is Snapchat was neither frivolous nor a fad. It might just be the most original social media platform we have until the one that’s going to allow us to send plaintive messages to our robot overlords (BotsApp?). Here’s why we should hope history looks kindly upon Snapchat.

You can rag on Snapchat’s disappearing messages all you want. Our Internet habits and Facebook’s copycat tendencies all reveal what a stroke of genius Snapchat’s basic premise is. Most detractors point to its ephemeral messaging mechanics as the reason for their aversion to Snapchat. Apparently offering a platform where pictures disappear in a short time is a charge to create low-quality content that is inherently insignificant.

Sure, the way Snapchat works may encourage its users to be goofy or casual. But to say that the worth of something you message a friend or share with your network is determined by how long it is accessible makes no sense. Here are straws. Go ahead and grasp at them.

Snapchat’s ephemerality is validated by some of the usage trends we see exhibited on other social media apps. Instagram’s teenage users delete as much as half of all the images they post. According to Politwoops, politicians delete one in every 18 Tweets. There are a variety of services dedicated to helping delete your old social media posts en masse.

Clearly, our behaviors online suggest that we don’t always value evergreen content. It’s nice to at least have the option of using a platform where the images and video you upload disappear by default but make it out to your friends nonetheless. Facebook, Whatsapp, Instagram, and even Skype all have Stories-like features now, so they seem to agree.

Our Hate-Hate Relationship With Likes

One of the big problems with social media apps is that most of them turn into large-scale pissing contests. Facebook is a pissing contest between regular people, Instagram between celebrities (as well as regular people, but they matter less there), and Twitter between everybody. The validation we have begun to seek from Likes, Shares, and Retweets might just be tearing our society apart.

I’m not being dramatic when I say that; it’s what Chamath Palihapitiya had to say about social media apps’ impact on mankind at an interaction at Stanford Graduate School of Business. The former Facebook VP of Growth stated that “the short-term, dopamine-driven feedback loops we’ve created are destroying how society works.” 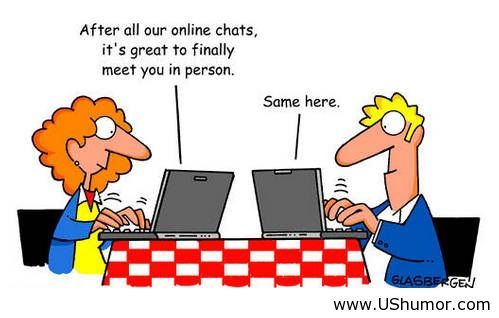 A number of studies corroborate Palihapitiya’s misgivings about how seeking social validation on social media is having a negative effect on users and society at large. It’s well-established by now that there’s an inexorable correlation between social media use and depression. Facebook itself recently acknowledged that it might not be good for its own users by introducing a ‘mute’ button to control how they interact with the app.

Given what we now know about the insidiousness of the oh-so-ubiquitous Likes and Hearts, Snapchat’s decision to leave out such features seems all the more prescient. The app doesn’t offer any publicly viewable metrics for the success of a Snap. You can Share a post, but not to the extent that the community at large can gauge its virality. So Snapchat may sometimes be a dick-measuring contest of the literal kind (gotta master angles and lighting), but it gives you fewer ways to chase peers’ validation than other social media apps.

An Exhortation to Creation

The first thing you see when you open Snapchat is a camera. It’s isn’t a News Feed or a collection of top posts since the last time you opened the app, but a camera. This encouragement to create before consuming enforced by the UX task flow design sets Snapchat apart from most of its peers.

But why is it so essential to create content on social media? From the perspective of app makers, it’s an important marker for user engagement. It’s a problem that Facebook has had to deal with in recent times; the volume of original content created by the platform’s regular users fell by a whopping 29.49% in 2016. Evidently, using smart UX design to prod users to create content is an important consideration for the creators of social media apps.

More importantly, encouraging users to create their own content might be a way to minimize some of the negative effects of social media use. In the same blog post they announced the ‘mute’ button, Facebook asserted that, “In general, when people spend a lot of time passively consuming information — reading but not interacting with people — they report feeling worse afterward.”

Snapchat’s opening screen being a plain old camera is an important way in which it pushes users to observe their surroundings and capture what catches their eye instead of simply scrolling through endless feeds of baby pictures and preening celebrities. The impermanence of pictures on the app is further encouragement to create content without worrying too much about how it would look on a profile page.

Despite everything it has done right, Snapchat might just be on its way to a slow death. That’s due to a combination of aggressive competition and strategic failures. Whatsapp Status and Instagram Stories both just reached 300 million daily active users compared to Snapchat’s 173 million. Meanwhile Snapchat has ignored Android for a long time, leaving a large percentage of the smartphone populace underserved.

Hopefully we remember Snapchat for the pioneer it was after it has been swallowed whole by competition or its own ineptitude. Or maybe we should all just forget about it. That would be a fitting end for an app that has taught us the value of things that disappear before you might want them to.