In 2012, on the G’Raj Mahal patio in Austin, a friend of mine began telling me about this exciting new app called, “SnapChat”.

“It’s fun – you take a picture of yourself and then send it to your friend,” she told me. “But then the app makes it expire after a few seconds.”

Immediately, I made the mistake of thinking. I got confused.

“Really? Why do you want the picture to expire? Are you sending inappropriate stuff that you don’t really want people to see?” I asked.

“I don’t understand. Unless I’m sending you a picture of my penis, why would I want the photo to disappear? Why wouldn’t I just send you the picture over What’s App or text? It’s like you’re pre-emptively admitting that the message you are sending is entirely worthless.”

“I don’t know, it’s fun. It’s just a lot easier to send the photo and you can just be goofy and not worry about people having these weird pictures of you on their phone.”

The friend giving me this pitch was thirty-four years old, not nine. But ask anyone who uses SnapChat to explain why they like SnapChat and they’ll all sound like they’re nine. And not an advanced nine. Like, an “I got held back a grade because I couldn’t trace my fucking hand” nine. 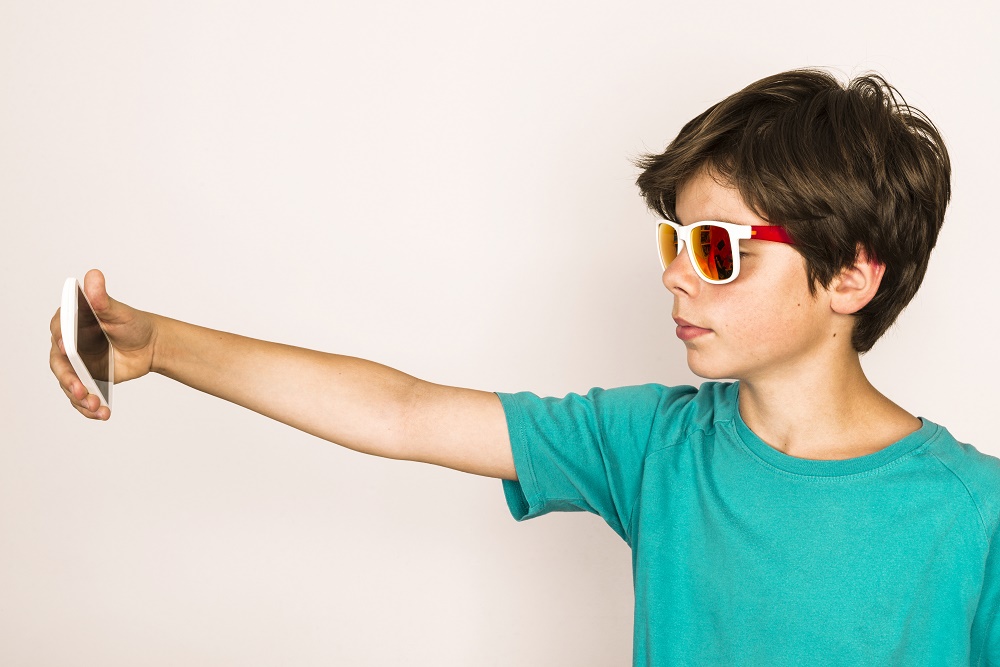 As far as the application’s functionality goes and my perception of it, very little has changed since that conversation. One thing that has changed is that I was suckered into downloading it about a year ago.

I was wrong. She just wanted to exchange stupid images.

Since then I have been in a permanent state of awe at how utterly useless and embarrassing this application is for our civilization. If aliens actually arrived on this planet and caught us using SnapChat, we’d be so fucked. It would be like when scientists watch lab mice repeatedly snout-butt the “Electrocute Me So I Can Ejaculate” button until they seize up and die next to the untouched, “Feed Me So I Can Live” button. The aliens would just shake their bulbous heads, round us all up and inject us with weird tumors.

Unfortunately, the inherent humiliation isn’t the most astonishing thing about SnapChat. The most astonishing thing is the dollar figures floating around it. Since inception, the company has raised $1.19 billion through eight rounds of funding – EIGHT TIMES people have shelled out cash for this venture, putting its overall valuation somewhere around $16 billion. In an exciting turn of events, it’s actually generating cash too.

According to reports, SnapChat is on pace to start collecting around $100 million in annual revenue (WHICH WOULD EXPLAIN THE $16 BILLION VALUATION, RIGHT?) – almost all of it advertising dollars.

Their “Discover” feature pulls in the most cash; their 10 second “Live Story” ads have the potential to rake in around a half a million dollars a day; and their latest monetization effort – “sponsored lenses” (e.g., “The ability for you to look like a Japanime demon-horse regurgitating a rainbow has been brought to you by People Magazine”) – could command between $450K and $750K per day, depending on whether or not the day is a holiday or it’s theme-able, like Halloween, New Year’s Eve or the first three nights of Kwanzaa.

With Facebook’s mobile advertising revenue in explode-mode (it was up 43% YOY in Q2), apparently ROI-blind marketing budgets are back in style and SnapChat should see sales numbers grow nicely over the coming months.

But you know what? I don’t care. Call me ignorant, call me unnecessarily skeptical, or call me a crotchety old man. 160X-valuations and mind-boggling $47 million “product” expenses aside, no matter what kinds of numbers or stats or “market realities” you throw at me, I cannot take this application seriously.

1. Users ONLY Use the App to Experience Goofy, Worthless Shit

SnapChat should have been called Dick Pic. Or VagSnap. Or just something that would have ensured the exchange of compelling, high-value content. They were half-way there with the logo of the soiled Kleenex. All they needed was a name. Had they secured a meaningful purpose to the app with an aptly inspiring moniker, not only would I take its future seriously but I’d actually use the thing. So would all of us.

People can say that SnapChat as a company is “…so far past ephemeral messaging” as much as they want. Their users aren’t. People only use SnapChat to view and exchange content of zero significance thus rendering the psychological context amongst active users as intellectually unengaged and financially insolvent.

Some of you might have said the same thing about Facebook when it went big-time, but you would have been wrong. Facebook has always had a fundamental flexibility that allows users to make the experience what they want it to be, opening the door to a spectrum of content interactions that can be as shallow or as profound as each user’s investment and intention will afford.

With SnapChat, Discovery bar or not, you couldn’t make it matter if you wanted to.

2. Its Most Attractive Feature Is Its Most Self-Deprecating Feature

It’s not the ease of sharing – Facebook and Instagram have been nailing broadcast video sharing for years. Even OS-native texting apps have an inline video record option so that one-to-one video exchange can occur rapidly without exiting the context of a dialogue.

And while users will claim it’s “easier than texting”, that kind of feedback should be taken with some skepticism – if you’re typing, you’re typing. SnapChat messages have a fundamentally different expectation behind them, whether users struggle to intelligently answer a survey question or not.

Maybe the overlaid animation and text is attractive (in a pseudo meme-making kind of way), but most messages don’t apply those features and in most cases, a basic caption does the trick.

The winning feature / design is more subtle than that.

If you look at the structure of the app, there are essentially two halves: the messaging half and the sharing half. The messaging half is just a contact list that triggers a camera as its primary engagement response – nothing special there. But the sharing half – the place where people can extend and experience “Stories” – has a more notable twist.

The Stories interface is the exact same concept as the Facebook Home feed: people imposing their unsolicited bullshit updates on the rest of the planet. But it has two critical differences. 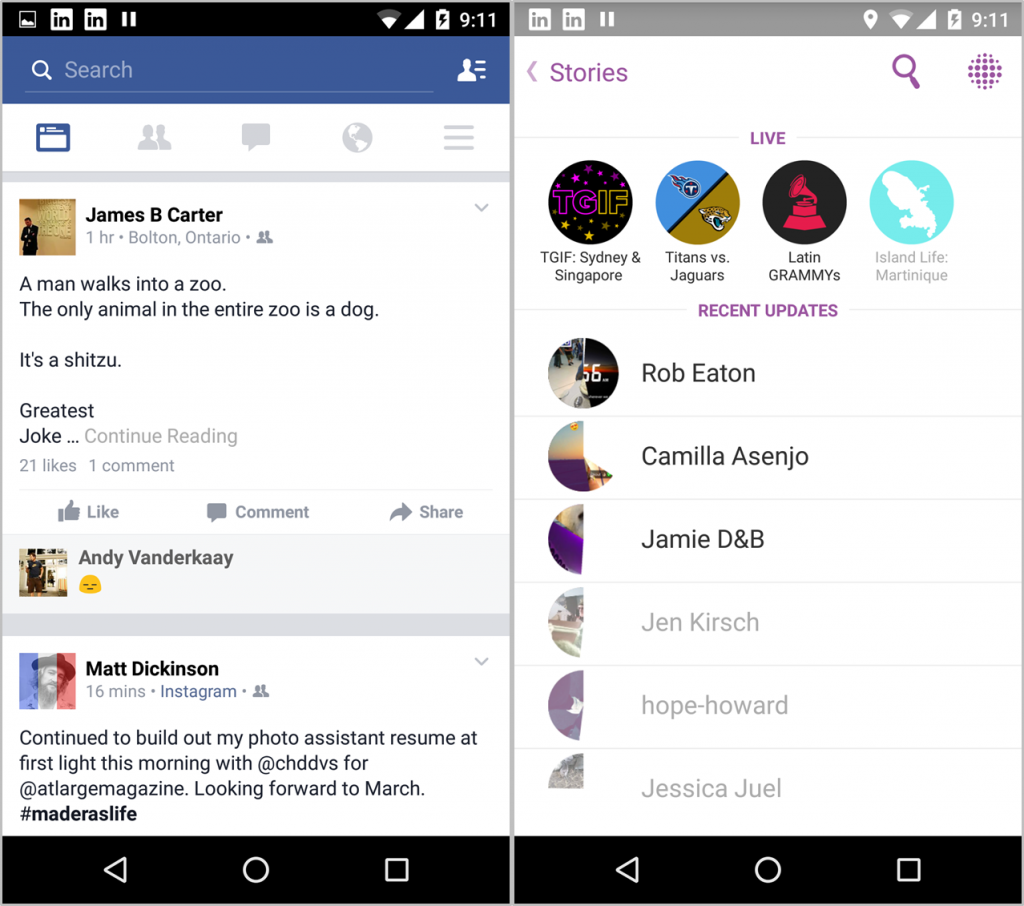 First, because the content is only exposed if the user taps on the poster’s name, nobody is forced to look at anything. Second, no matter how a user decides to treat a Story or a reel of Stories, they will all vanish in 24 hours.

In other words, the most appealing advantage of SnapChat as a forum for social engagement is that it effectively acknowledges how self-absorbed, eternally disinterested and generally fucking annoying its own users are.

That implicit acknowledgment, with its expression as an underexposed UX, makes for a great prima donna playground. It also makes for a terrible advertising platform.

3. They Don’t Take Their Own Products Seriously

One year ago, SnapChat teamed up with Square to offer SnapCash. With SnapCash, users who are 18 and older in the US can link their Debit cards to their SnapChat account and then simply type or swipe dollar amounts to their contacts for quick and easy money transfer.

It was also a product that, if you stared at long enough, turned into one of those 3D pictures that is actually an image of them undermined their own core offering. It was a move as equally telling of brilliance as it was of insecurity. It wasn’t enough to look frightened and just enough to look diversified. Ultimately, however, it was nowhere near enough to look credible.

This was their launch ad:

If this product had launched while I was still living in the US, I would have been happy to download SnapChat, even while I was wearing pants. If I had discovered this product by watching this video, however, I would have choked myself with the belt. And not in that all-of-a-sudden-acceptable-thanks-to-50-Shades-of-Grey kind of way.

And don’t worry – I get that I’m not their target market. But I’m not talking about missing a sliver of visceral appeal. I’m talking about blowing a broader strategic context.

Profits aside, is SnapChat likely to bring in a decent amount of cash over the next few years? Yes. There are enough financially flamboyant brands out there willing to bankroll big user sets, regardless of the inevitable abyss that will be the curve of their returns.

Will this company make some investors very, very wealthy? Yes. SnapChat might be the most convincing proof of an asteroid-esque tech bubble, but before anything explodes on impact, people will certainly cash in on top level figures and healthy projections.

Because of my attitude, I’ll miss out.

But still, I don’t care. Like their users, SnapChat has a severe case of Peter Pan Syndrome and I find it way more discouraging than my insatiable obsession with the smiling poop emoji. I can tolerate other people’s obnoxious children for a few seconds at a time. I can even empathize with them and under adequate duress, appreciate their shreds of future value. Rarely, however, can I extend them my honest respect.