Back around the holidays in 2014, the Wall Street Journal reported on a then-new online trend called “unboxing videos,” a type of online video that shows the actual unboxing of a product. However, unboxing proved to be more than just a popular video format for shoppers during the holiday season. In fact, according to Google, there were over 20 million searches on YouTube for “unboxing” throughout 2014.

Why is this relevant? Well, the former CTO of Hulu and Flipboard has launched a new company called Packagd that aims to take advantage of this now booming trend.

Senior vice president of marketing for Zefr Dave Rosner said, “It’s a huge phenomenon, and people are looking to these videos to figure out what to buy. YouTube has become an important step on the path to purchase.” Google also supported that claim with one of their consumer surveys, reporting that 62% of people who watched unboxing videos used them as a form of research while shopping.

Will Packagd Become the QVC of Mobile?

“Our vision for Packagd has evolved over the last 10 years, inspired by how ‘commerce as entertainment’ helped traditional players like HSN and QVC build multi-billion dollar empires during the TV era. Using video to drive commerce is not a new concept, but Packagd has the opportunity to bring this user experience to a new generation of mobile consumers.”

It is the hopes of Feng and his team that mobile users want this sort of convenient shopping experience; only, instead of turning to their TVs for live home shopping programming, they can do so through their phones. With a lineup of renowned unboxing experts to host six hours of live programming every day, and live chat capabilities, Unboxed intends to take the home shopping experience to both a new device and a new generation. All while creating a new kind of shopping experience by allowing them to buy what they see in the video within the app via Apple Pay. Currently, the app is only available via iOS. 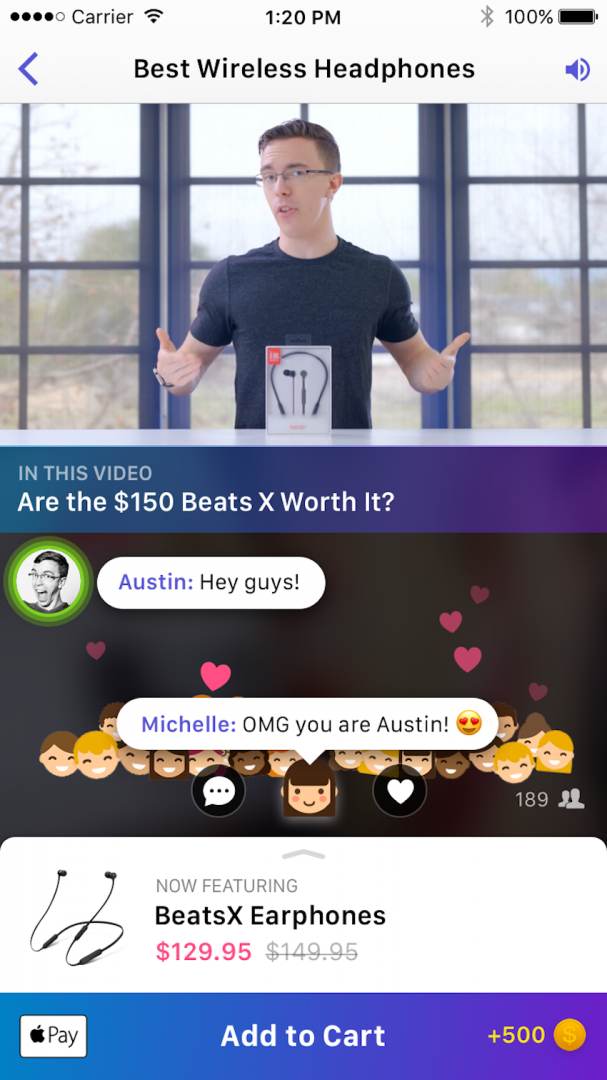 With the release of Unboxed—a mobile app that aggregates unboxing videos—it’ll be interesting to see how many people want this sort of QVC-type video content delivered to their mobile devices. Considering the first $1.5 million in funding came straight out of KPCB, a company that Feng is a partner at, it appears that the people behind the app have a lot of faith in it. With an addition $6 million now raised by Forerunner Ventures and GV, it looks like Packagd and Unboxed have a bright future ahead if the app takes off with consumers and brands alike.

Currently, Unboxed is the only app that Packagd has launched and it solely focuses on technology-related unboxing videos. If all goes well, Feng wants to launch a beauty app as well as one for toys later in 2017.

The Current State of the Unboxed App

Most of unboxing videos come from consumers who want to share their experience opening and using a product with others; however, brands have also gotten involved and created their own unboxing videos. Packagd’s goal then is to take what is already happening in the unboxing video industry and merge it into a singular platform for consumers and brands.

Here is what the Unboxed app can do:

“There’s a pretty clear trend of people, and young people, in particular, gravitating towards the influencers they trust when it comes to making buying decisions. This will have profound ramifications in commerce going forward and it’s right where Packagd is aiming to play,” said general partner at GV, M.G. Siegler. 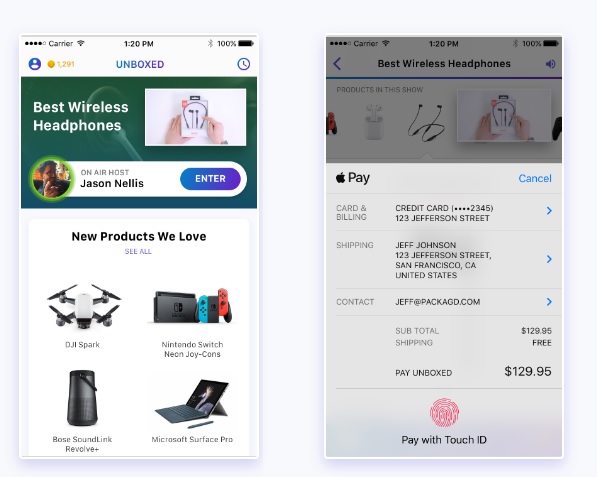 But consumers aren’t the only ones who benefit from the mobile app.

Another testament to the strength of the Unboxed app idea is the partnerships that have been formed to make this work. Best Buy is the online retailer who provides the items for purchase, and Apple Pay streamlines the process of paying for those items with a single click.

What Does the Future Hold for Unboxing Video Content?

Feng and his team at Packagd appear to be the first to want to capitalize on this unboxing trend, which makes sense. Having come from an aggregation site like Flipboard and a video streaming service like Hulu, it seems only natural that Feng would find a way to bring the two together. In addition, with the growing trend of live video, it would appear that now is the perfect time for someone to jump onboard these trends and give consumers what they want. (As of now, Packagd is it.)

In the company’s press release, Feng said, “People don’t window shop. People don’t shop with their friends. Amazon is relentless about minimizing the number of pages that you see before purchase. For us, we want to bring discovery.”

Clearly, a big part of this is about giving consumers what they want in terms of streamlining the shopping experience. But there’s also the unboxing content creator piece that Feng and company have considered too: “We’re not asking them to create new videos. We’re not asking them to adopt it for our platform. We’re saying we want to showcase them in a different way.”