The American College of Sports Medicine, working with the United States Department of Health and Human Services, found in a study that the plank exercise “required over two times the average activity of the rectus abdominus, external abdominal oblique, and lumbar erector spinae.” That is to say that the plank is really good at engaging and strengthening the muscles in the core. For that reason, it is now the go-to abdominal exercise for most fitness trainers, superseding erstwhile popular exercises like traditional sit-ups and crunches.

Now that you know you can plank your way to a six-pack, all you need to do is get on a regimen. A new project on Kickstarter called Stealth wants to help make the process immersive and fun, especially if you’re a bit of a sucker for video games, and you have less than five minutes of time.

Fitness company, Game Your Core has come up with an exercise system that gamifies the otherwise grueling practice of holding a plank. Their solution makes use of both hardware and software innovation. The hardware component is a stingray-shaped padded board with a bending base; Stealth has a patent-pending ball joint construction to help target all of the 29 muscles that constitute the human core. Users simply rest their forearms on the device instead of on the floor like you would with a regular plank. Adjusting the angle of the device by using the movement of the ball joint results in various abdominal muscles being targeted. 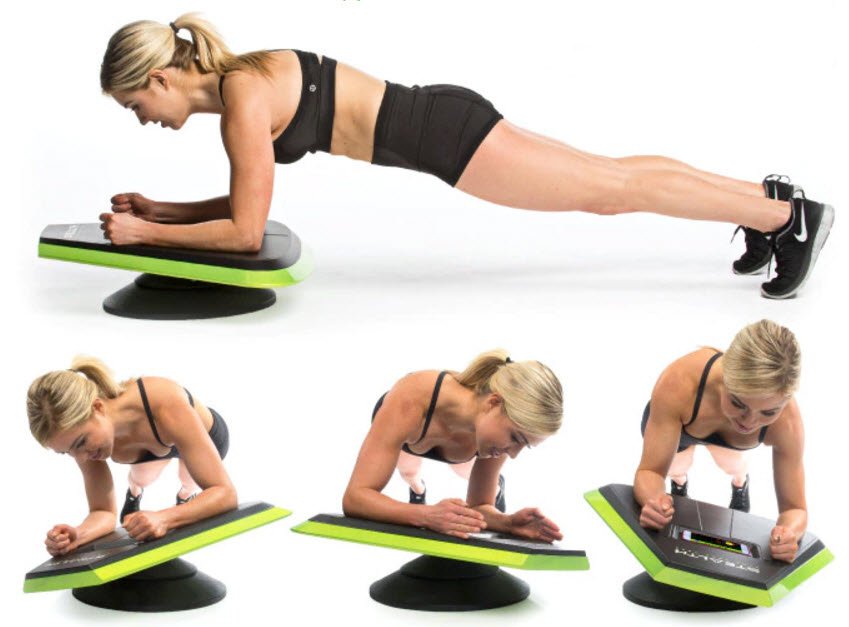 According to Stealth’s creators, the static plank doesn’t do a good enough job of activating the core in its entirety. It can also get quite boring. To keep things interesting, their hardware comes along with a mobile app (made for Android and iOS)—a slot in the board lets users insert their smartphones so that they are naturally staring at the screen in their proper exercise position.

The app displays and guides a number of variations of the plank made. It then uses the phone’s built-in accelerometer to gauge whether users have been able to successfully hold those positions. The targets displays and achievements are executed like a game (the names of two options are Stealth 3D Flyer and Stealth Pong), all throughout which the entire abdominal region is kept engaged.

The Stealth app comes with various pre-installed core workouts, each of which last just 3 minutes. Each of them demands users to react quickly and accurately, which is what makes them challenging and effective. The short duration of these exercises also adds to the appeal of the system.

Stealth’s core trainer was quick to catch the eye of Kickstarter patrons; the campaign reached its $20,000 goal in less than four hours. It has since amassed almost $60,000 with over 50 days left to go. The super early bird $99 pledge that earns backers a unit of the device has already run out but you can still get a “Somewhat Early Bird” backing for $129. Backers are also made part of Stealth’s beta testing group for the game. The retail price of the device is expected to be $299, with shipping expected to commence June 2017.