By now most people are decently aware of the drastic issue of the dying numbers of honeybees in North America. The fact that the majority of crops and flowers exist because the common (well, not common anymore) honeybee pollinates them is as real as global warming. It’s treated the same by the current US administration. As a result, many environmentalists are rushing to create reservations of honeybees. Despite that, the species has quickly made the endangered species list, and as such, many are scrambling to find a solution. 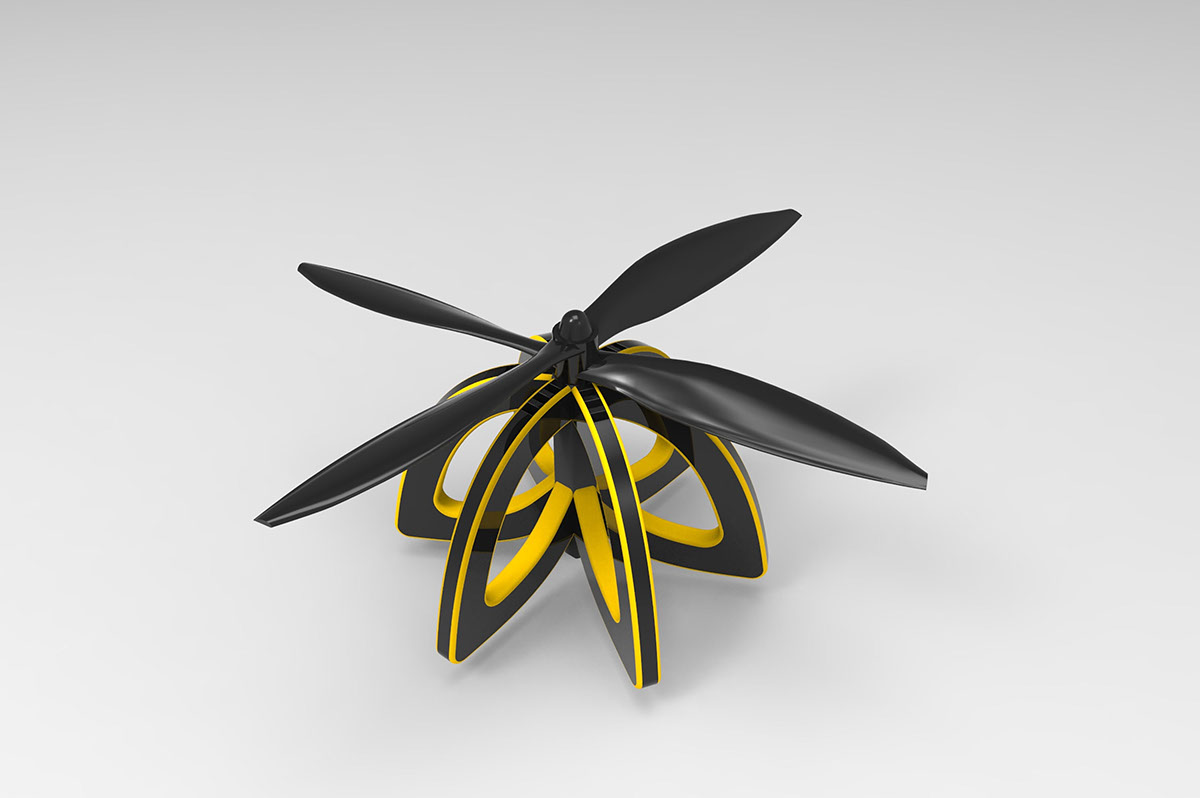 One student named Anna Haldewang came up with such a solution. As part of her product design class Savannah College of Art and Design in Georgia, she conceived of the Bee Drone. It is intended to replicate the role of the honeybee in the pollination process. As a result, if you have a device that can control how a plant is cross-pollinated rather than leaving it up to the bees themselves, you can control selective crop breeding in a more focused dynamic.

Haldewag designed the Bee Drone naming it the Plan Bee prototype. It is a yellow and black device designed to look like a flower when flipped over. It has a foam core with a plastic shell body and a pair of propellers for flight. The unit itself has six sections (the flower part) that are designed to suck in the flower pollen inside the unit before distributing it elsewhere. She mentions that part of the reason for the design was that it replicate the function of the insect but not the insect itself.

At this time Haldewag has already filed a patent application on the drone. Her intent is that it be used for educational purposes and small-scale projects. “I would love to see people use it in their backyards and even create custom gardens with it,” she said to CNN. “With an actual bee, it’s so small you don’t notice it and how it’s pollinating flowers. With the drone you can see how the process works.”

The project already has high expectations as Dean of the school of Design Victor Ermoli was quick to praise the long term potential of this design to CNN, “It could conceivably be used in large-scale farming, even in hydroponic farming.”

It is at least, a possible solution, which is likely why such interest has grown for the bee drone. If such a design garners this much attention, then it is clear that people are hungry for such a solution to the absence of the honeybee.