It appears to be a time for courageous decisions in the world of consumer electronics. Apple led the charge by leaving the headphone jack out on the new iPhone 7. ZTE is keeping the trend alive by going ahead with its plan of crowdsourcing feature ideas for an upcoming smartphone product. It’s called, Project CSX, and it’s an open invitation to anybody on the planet to pitch ZTE’s R&D team with features they’d like to see on the next round of product.

ZTE has kept guidelines for the contest quite minimal. The feature ideas are expected to be for mobile devices exclusively. Participants were asked to keep the proposals practical considering the 2017 release timeline for the phone (so no teleporting phones, sadly), and to also ensure that the resulting device would be affordable to the average buyer. It was a pretty reasonable framework within which laymen innovators could let their imaginations run wild. And that’s just what the participants did.

The 400ish entries that the company received was first whittled down based on feasibility and whether they complied with the criteria. Entries that survived that process were put to the vote online, from which the top three have now emerged. Here they are:

The term, “mobile device” is rather nebulous, so this entry foregoes the usually requested smartphone features for what’s essentially a smart glove. The form factor was chosen carefully to serve two purposes: teaching users tactile tasks such as playing an instrument or touch typing, and to help with rehabilitation of those with injuries affecting the limbs. The wearable would connect to smartphones over Bluetooth to make communication with apps possible. The proposal even contains a demo of the device that was cobbled together at a hackathon. 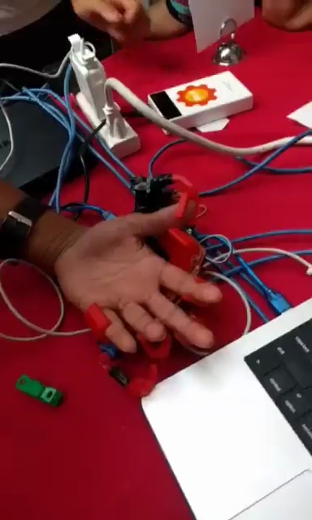 It’s like a regular virtual reality headset, except it also works underwater. The device is built around a waterproof mask equipped with a display that streams in ultra high-definition. Two cameras installed in the front can be used to capture images and video. A product that attempted to pull of something similar cancelled its Kickstarter campaign, but it had more to do with logistical issues than the product itself. So for those us who hope to take in the wonders of the Great Barrier Reef from our swimming pools, there is still hope. 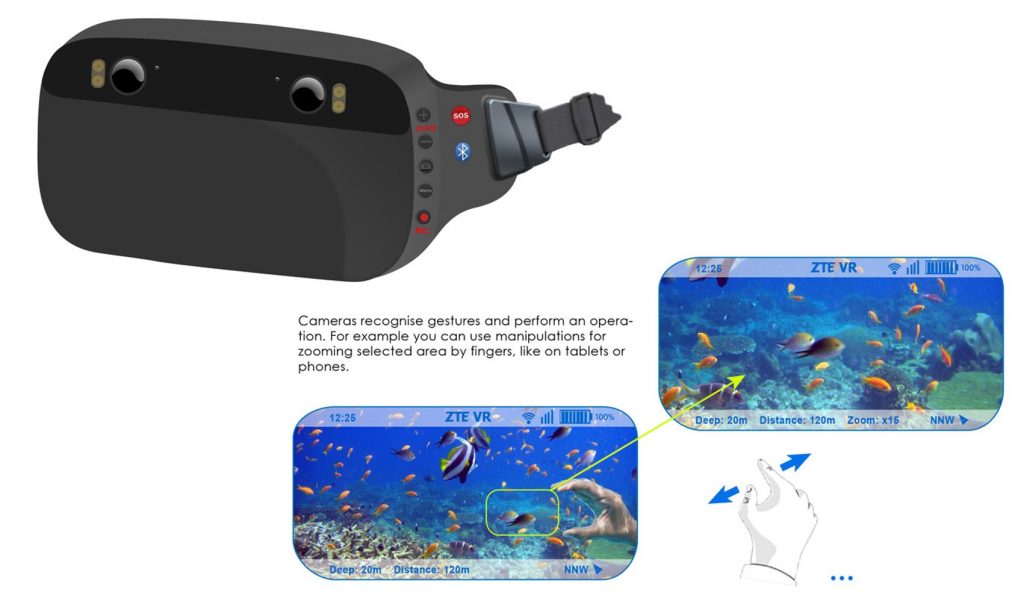 The pitch suggests a smartphone that uses eye tracking to let users control their smartphone from a distance without the use of their hands. A system involving near-infrared beams of light directed at the eye would be used to carry out the function. Split-screen technology helps ensure that only the owner of the smartphone sees what’s displayed on it. To help stabilize the phone on any surface, a self-adhesive polymer is proposed. 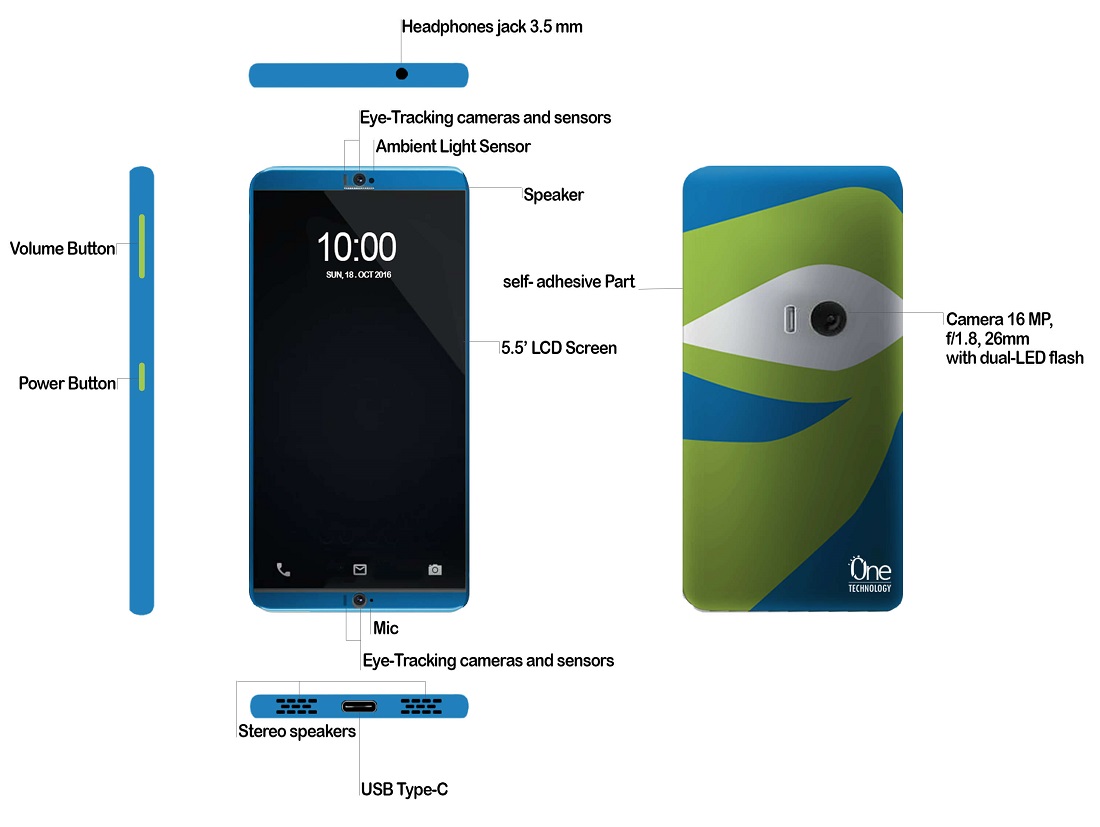 If any of the three pitches seem fanciful, don’t forget that the ZTE R&D team has already signed off on these as being feasible. Along with the top three entries, there’s still an open spot for an addition “wildcard” entry (how very reality TV of them). Pitches for the wildcard spot are being accepted until September 30, so there’s still time to just ask for a smartphone with decent battery life.

Feature image courtesy of The Next Web