A health food startup has found itself in a pickle for spoiling its investors’ appetites. Hampton Creek, a startup as nouveau wholesome as it sounds, paid people to purchase its eggless “Just Mayo” condiment from retail stores in advance of a major funding round. Straight-faced, the company convinced investors their product was a hot commodity when legitimate sales were actually in the freezer aisle.

The founder has actually defended the practice and says he’d do it again. The question is then: has it been done before, who else has done the doing and what doings have they did? There are many from which to choose, but below are six of my “favorite” startup scams. Don’t get any ideas!

I’ll never pretend to understand how the fuck cryptocurrency works, but I know enough to know when I’m being sold a load of crypto crap. Investors in the now-defunct USFIA (US Fine Investment Arts) weren’t so fortunate. Alleged Ponzi scheme operator Steve Chen convinced investors to part with millions in return for “guaranteed” profits of 6400% when their “gemcoins”—the cryptocurrency his company controlled and that he told investors was being bought up by the US government—finally started to pay off.

He even got repeated endorsements from former Arcadia mayor John Wuo, who resigned when the shit hit the fan last year and was being investigated by the FBI. Chen also promised that his company, which provided “marketing services” while expanding its gemcoin reserves, was about to go public. All told, he raked in an estimated $32 million of investor money for his “startup” venture, which was nothing but a scam in a crypto wrapper.

Most crowdfunding platforms are pretty good at weeding out blatant scams, but every now and then one slips through. Kobe Red, a jerky startup that was really just a-jerking its backers around, almost made it to the finish line. After swearing they had a warehouse of Kobe Red sitting around ready to be jerkified, posting “feedback” from supposed taste tests, and raising more than $120k in just thirty days, Kickstarter pulled the plug on the campaign with only hours to go. 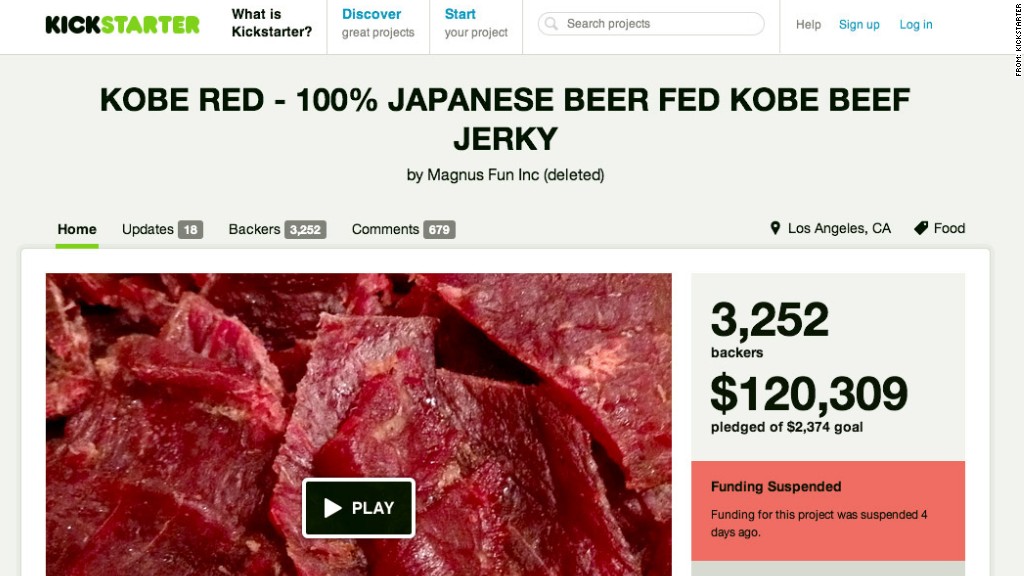 The scammers’ downfall? They posted an update on their page saying they would be featured in a documentary about crowdfunded businesses, but meanwhile, they were dodging the documentary makers themselves. So the doc guys dug into the beef guys and found out…there were no guys. None that could be identified, anyway. And no beef, warehouses, or anything resembling a company. And to think, they would have gotten away with it if it wasn’t for those meddling kids…

Another tale of crowdfunding gone astray happened just a few months ago. A team that included none of the engineering prowess you might expect announced that they had developed an “artificial gill” for humans. The device, dubbed a Triton, could supposedly draw oxygen out of the water and deliver it to human lungs in the gaseous form of which we’re so fond. They raised nearly $1M in just a few days, despite reputable science types stepping in to ruin everyone’s fun with statements like “it’s science fiction” and “nope.”

People started to notice that none of the videos showed a Triton being used underwater for more than a minute (the world record for holding one’s breath underwater is over twenty-two minutes; it’s like these guys weren’t even trying). And also the reputable science types were making a lot more sense as time went on. Indiegogo killed the campaign and humanity resigned itself to breathing air like other stupid mammals.

South Korea had to square off with a scammer of its own this year. Ho Changseong, co-founder of VC firm, The Ventures, has been accused of bilking both the companies in which his firm invested and the Korean government of around $4M. The evasion was done through financial and legal chicanery that amounts to a sort of Ponzi scheme as far as the companies are concerned, and outright fraud when it comes to the government funds.

The details are hard to wring out of the Korean press, but it seems that Changseong got a bunch of funding through a government grant program focused on startup development, but withheld the funds from startups while promising larger government subsidies down the line. Cash from new investors in startups of which The Ventures owned a piece, meanwhile, found its way upstream and into Changseong’s pockets. Now he’s likely to find his way into a Seoul cell for a long stretch of Seoul searching. 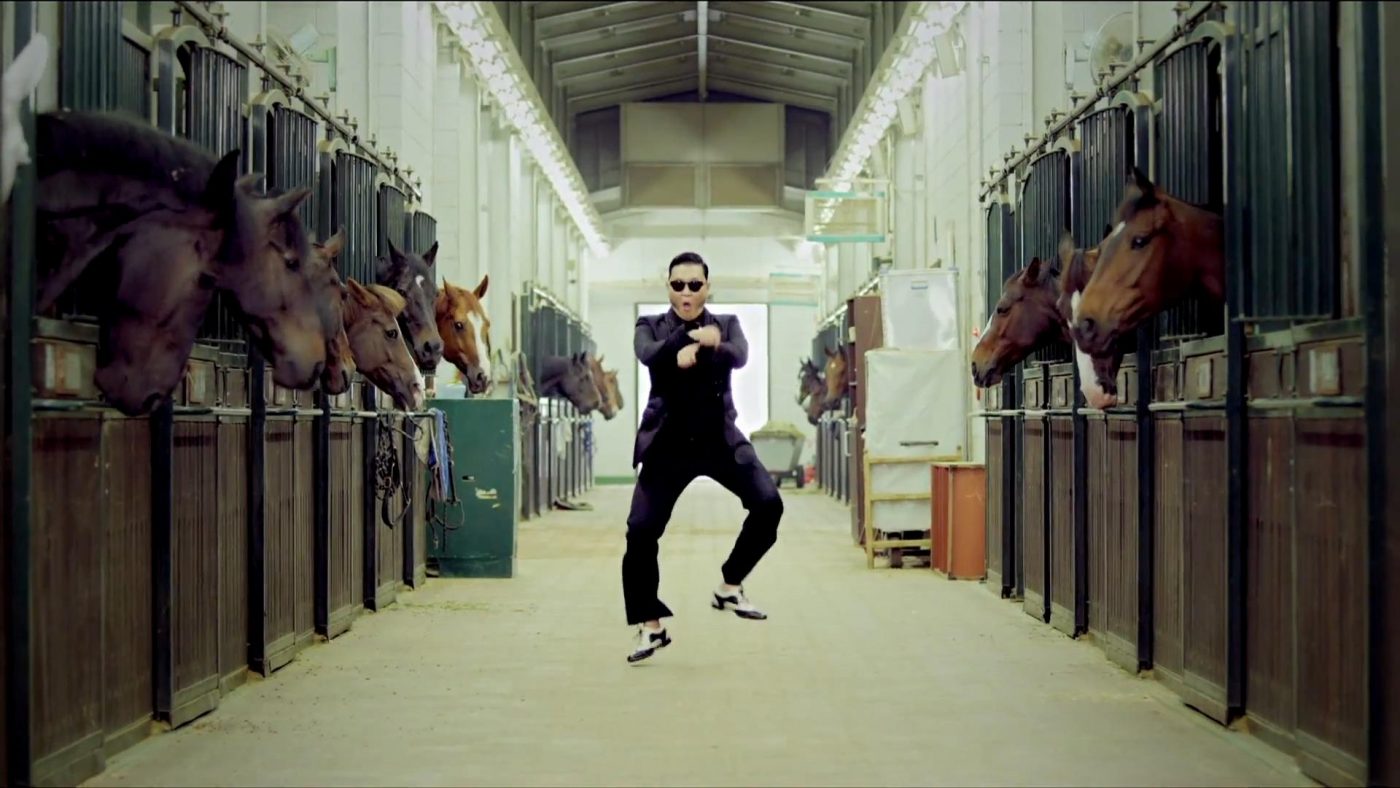 The best scams are the ones so confusing that your average consumer doesn’t even know when they’ve been swindled. Unfortunately for Wells Fargo, the SEC is a little more savvy than the average consumer. In a lawsuit filed this spring by the Wall Street watchdog organization, Wells Fargo is accused of fraudulently misrepresenting a startup for which they handled bonds and loans—38 Studios, now completely defunct. 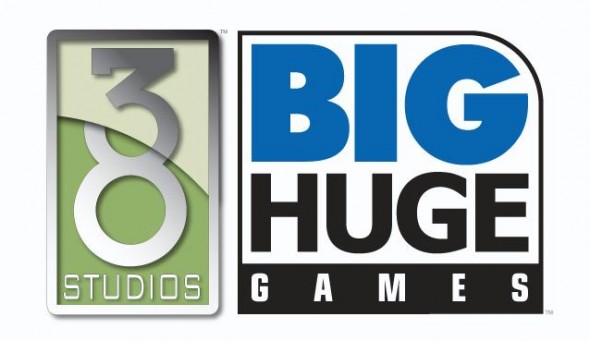 A would-be game development company, 38 Studios was backed financially and personally by baseball pitcher Curt Schilling; he had $50M of his own money to lose in the venture. 38 Studios needed $75M to get its games on shelves. Wells Fargo helped them secure a loan from the Rhode Island Economic Development Corporation through a bond initiative for $50M, but when the company went bankrupt, the bond buyers were left with the bat on their shoulder.

Schilling and other company owners settled a civil suit in 2014. Wells Fargo and the RIEDC have both been charged with fraud for knowing the $50M wasn’t enough to bring the company to profitability but selling the bonds to unsuspecting purchasers anyway. Confused? Great! It’s a sign the scam is working.

Half a billion dollars is a lot of money in most industries. Not so much in the oil industry, though, which may explain why the nearly instant implosion of a $500M company didn’t send more shockwaves through the startup ecosystem. There’s also the fact that this all happened in 2009, which is basically last century in Internet years, but who said we couldn’t dip into ancient history here?

The premise behind Terralliance was simple: use jet aircraft equipped with all sorts of fancy equipment to make insanely detailed maps with abundant geological data and use that data to predict the placement of untapped oil fields. As the brainchild of a former 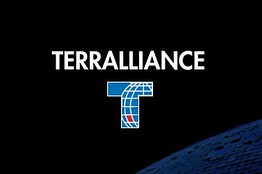 It’s not clear that his technologies were entirely sound, but it is clear—or at least it was to every other principal at Terralliance at the time—that he was involved in at least two other competing companies and using Terralliance funds and resources to develop competing technologies. Olson wanted folks to fund his progress while he reaped the profits. He was ousted, and sued, and that’s about it. Because at the end of the day, what’s a measly $500M?