As some of you Apple aficionados know the late Steve Jobs had several projects on the go throughout his life some of which wouldn’t see completion until after his death in 2011. Many of these remain relatively secret to this day as we all know how zealous Apple is to guard its inner workings at all levels. Hence why they are still fighting the “Right To Repair” bill and will continue to on March 9th of this year. But among Job’s unfinished projects one has remained difficult to keep silent, and that is Apple Park.

Originally designed by Steve Jobs and Lord Norman Foster (a noted and decorated Architect) Jobs revealed that the land in Cupertino, California had been purchased by Apple back in 2006 and Jobs was working on the site well up until his death. Jobs himself was quoted as saying “It’s got a gorgeous courtyard in the middle, and a lot more. It’s a circle, so it’s curved all the way round. This is not the cheapest way to build something.”

And now Apple has announced that Apple Park will be open to employees in April of this year. So, with this announcement, we thought we’d list some of our favorite features of the new facility.

The roof of the main facility is covered with solar panels allowing it to be completely powered by solar energy. Given that the facility itself covers 2.8 million-square-feet of land with a roof to match this makes it one of the largest renewable energy powered buildings in the world. 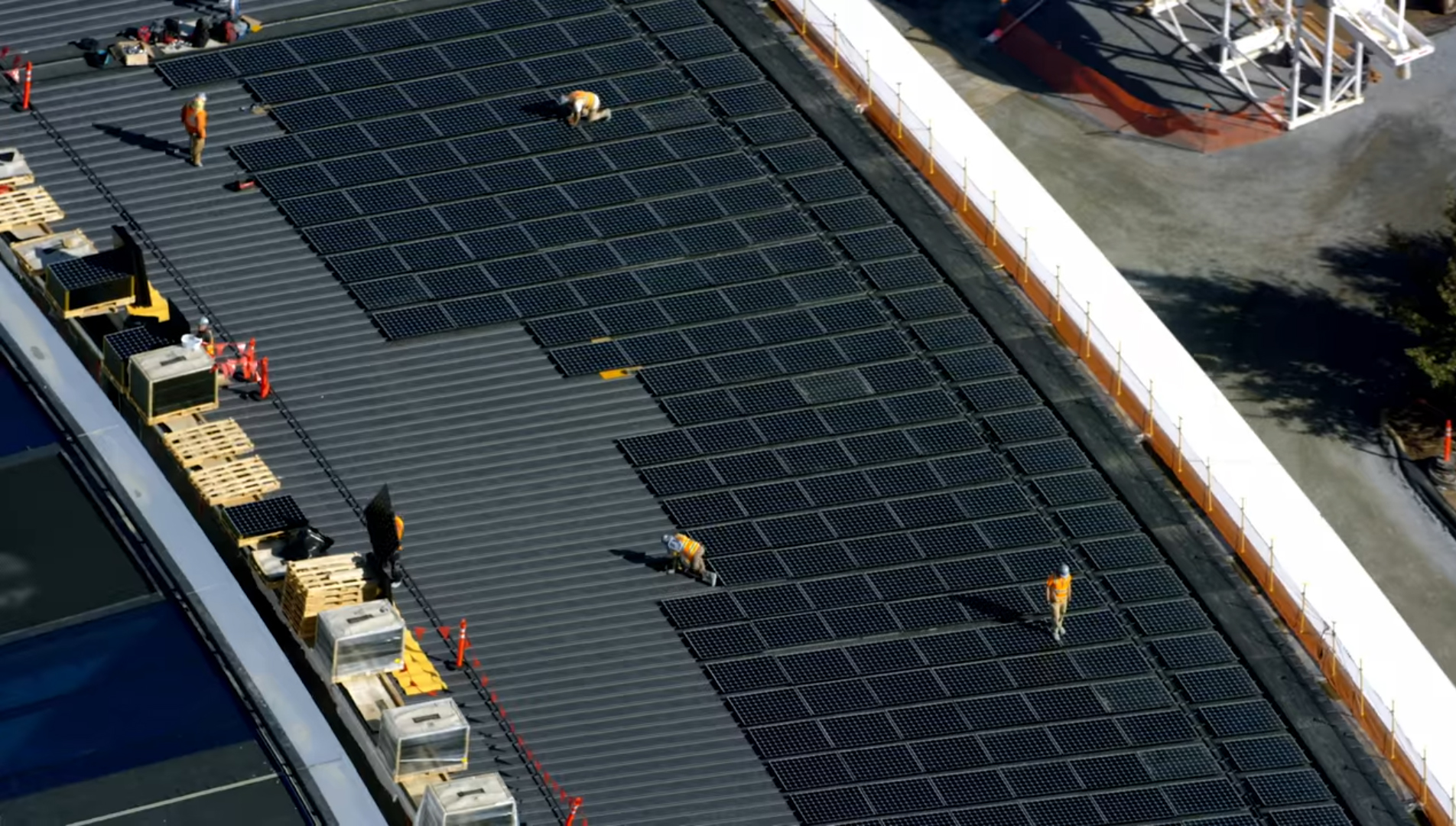 The building is designed to be ventilated naturally so that nine months of the year the facility requires no air conditioning or heating.

Lastly, the Steve Jobs Theatre is a Lecture Hall, located atop a hill within in honor of the man himself. Designed to be a 1,000 seating auditorium it is a “20-foot-tall glass cylinder, 165 feet in diameter, supporting a metallic carbon-fiber roof.” According to Apple.

Other features include the visitor’s center with Apple Store as well as a café open to the public. The remaining details about the 100,000-square foot fitness center and the research and development facilities were difficult to get more information on.