There are certain cabinets in my house (detergents, liquor, laundered money, etc.) that I want to keep my kids from opening. The problem is that they’re old enough to know how to bypass simple baby locks. I need to get something more substantial, like a padlock. But when I go for my nightly Johnnie Walker, I don’t want to have to dance with a padlock. There’s a fresh new product that may just be my happy medium: the Smart Cube Bluetooth lock from Smart Armor. As of this week, it will be available for pre-order on Indiegogo, where the company is launching a campaign to raise $50,000.

The lock mounts on the inside of a cabinet or drawer with a few small screws; the Smart Cube is primarily designed for keeping small children out of inappropriate locations and protecting valuables, not preventing breaking and entering and overall home security. According to a representative from the company:

165 kids are hospitalized daily for getting into cabinet poisons like medications and cleaning supplies. 90,000+ theft crimes happen every year on college campuses alone. The Cube is the first of many products from Smart Armor that will help you protect what matters using smart technology.

What makes the lock “smart” is that it pairs with a smartphone app via Bluetooth. When you approach the lock, it automatically unlocks and then relocks when you leave the area.

Multiple locks can be controlled from within the app, and virtual keys can be issued so that others can open specific locks. For example, if I wanted to give a visitor access to the liquor cabinet, I could issue them a virtual key and then revoke that key once they left.

All the locks can be monitored from within the app, allowing you to determine whether someone has inappropriately accessed a particular area. For example, a supervisor could monitor employee access to a drawer containing sensitive files. If a file went missing, the supervisor would have a complete log of everyone who opened the drawer (assuming they didn’t tear it open by force).

The genesis of the Smart Armor Cube came several years ago when the best friend of creator, Justin Zastrow, almost died from failing to take his heart medication. Zastrow began developing a smart pillbox that would keep medications secure while also reminding a person to take medication. The “aha” moment came several months into production when Zastrow and his team realized that the Smart Cube could do more than simply protect medications. 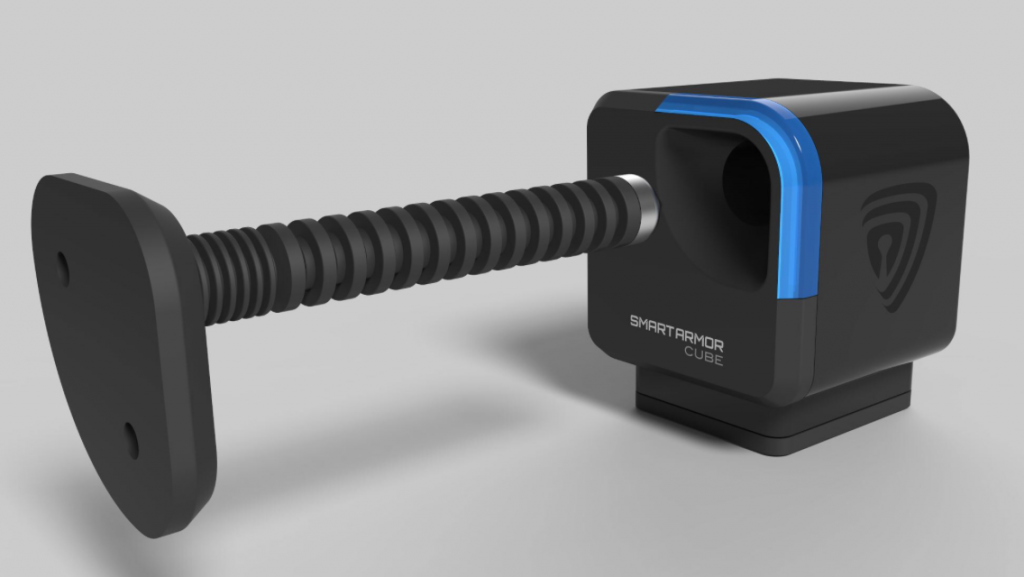 Perhaps what is not immediately clear is what makes the Smart Cube “the world’s most advanced Bluetooth lock,” or wildly different from the alternatives. The answer appears to lie in its flexibility of installment and its more small-scale focus. “The major difference is that this was made for the home and office,” I was told. “Most Bluetooth locks that you see are for the front door. We expanded on that, given the fact that there are so many things inside the home that also need to be protected. The lock also has a tamper alert, so that you can be notified if someone is trying to break it.”

There are other Bluetooth locks available, like the zero5 “smartphone controlled furniture lock,” offering similar, if not identical features to the Smart Cube. Again though, the primary advantage of the Smart Cube seems to be ease of implementation. There is also the matter of its relatively inexpensive retail cost; the Smart Cube is planned to retail at $99.

With up to a 55% discount for early backers, they may be able to generate substantial traction and crack the $50K mark rather handily. It seems to be a straight-forward product that does one thing fairly well—and the simple but elegant solutions have a history of doing well in the crowdfunding game. Is it different enough? Maybe. Given the variety of circumstances under which this product could be applied, there is probably some room for creative, funky marketing tactics to help them lock down their funding goal.

Now excuse me, it’s time for that Johnnie Walker.