As an entrepreneur, I recently ventured out to Dublin to participate in Web Summit, an event that now attracts over 30,000 people worldwide. After attending Dreamforce and Mobile World Congress for many years, I wanted to understand why so many startups were making Web Summit their de facto showcase event. So off I went to pick up on the web’s major trends and ultimately answer the question: is Web Summit a breeding ground for unicorns or just another packed arena of bulls fighting for attention?

Getting Around and Getting Noticed

The Pub Crawls were heavily promoted as a way to mix and match people from speakers to startups and investors to general attendees. The pub crawl participants, however, were disproportionately startups. For early stage companies, this made it extremely difficult to consistently get into workshops and networking events, causing much concern to those attending with aspirations of both being discovered and gaining access to focused, candid advice.

The event grounds themselves were overcrowded and the app they provided seemed to be just another noise factor where people took to blasting requests to meet.  Our company focused on meetings booked in advance with a priority of spending time in more intimate face-to-face engagements. This approach was one that was seldom taken, and I found that most companies were overextending themselves. 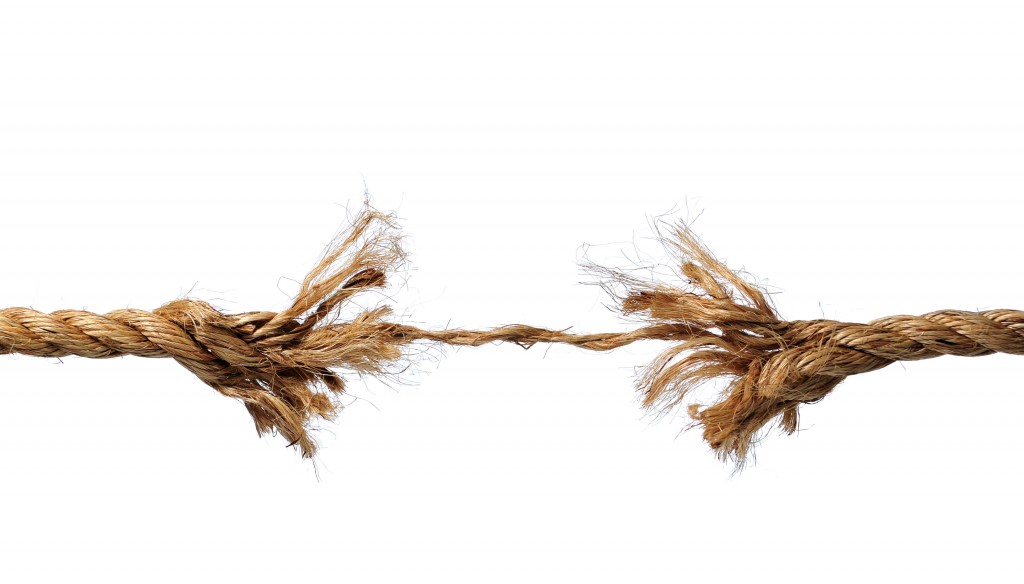 For those who took a planned approach though, the networking was quite fruitful. “We were given some great advice on how to prepare prior to the event, but you need to put in the effort ahead of time to seize the day,” said Stacey Boguslavskaya, co-founder & CMO of shopbake.com. Their team of four, like ours, was able to cover a lot ground by coordinating efforts to build a pipeline for the week.

I also saw some success achieved by entrepreneurs who used Web Summit to validate their marketing and business models, furiously leveraging any and all resources available. “Web Summit was our first event,” said ShiftPost co-founder and CTO, Sameer Noorani. “We utilized all the resources provided, from the workshops relating to investing, to reaching out to investors and advisors. We booked mentor hours, tried to get as many meetings as possible, and the validation we received encouraged us tremendously.”

The show itself had a great lineup of heavyweight speakers. Unfortunately, due to demand, seating for the center stage was overfilled. I was surprised to see, given the technology acumen present, that they did not take the opportunity to offer live stream display areas throughout the venue.

I would love to see the organizers of Web Summit open up a labs project for relevant companies to showcase the power of their technology in real-time while helping the rest of the attendees get the most out of the event. It certainly would have made it a more meaningful event to let everyone see the amazing talks from Michael Dell, Pixar, FanDuel, and Dan Brown.  Perhaps a good thought to consider as they head over to Lisbon for the Web Summit’s first location away from its starting grounds of Dublin, Ireland.

Amongst a showcase of over 500 companies, a clear trend was the mob of new entrants on a mission to disrupt traditional media.

I met many companies from Japan to Germany that were investing in commerce apps that catalogue a series of a brand’s products – most notable of which were iinecard, MarketPeek and PocketHighStreet..

The companies in this space faced a particular challenge in gaining customers. Generally, some were focused on cataloguing the global demand of a single product or niche. Others were trying to tackle general catalogues from print or a combination of areas, such as influencers. Some were also trying to take on a brand store or virtual mall giving these offerings to retail partners and alike. This is an exciting space and one that I have seen consistently emerging through my work at realSociable with its commerce partners.

With the both consumer and corporate trends in live streaming and the huge success of products like Periscope, it was not a surprise to see many companies pouncing into this market. Many focused on merging streaming and video apps onto a single platform, or on building streaming platforms and connecting video sources for marketing teams. This reminded me of the trend we saw a few years ago where people we being provided a single ‘pin’ through which all of their social media was stored and managed.

One company of particular note in this space was Brazil’s WSE Manager. 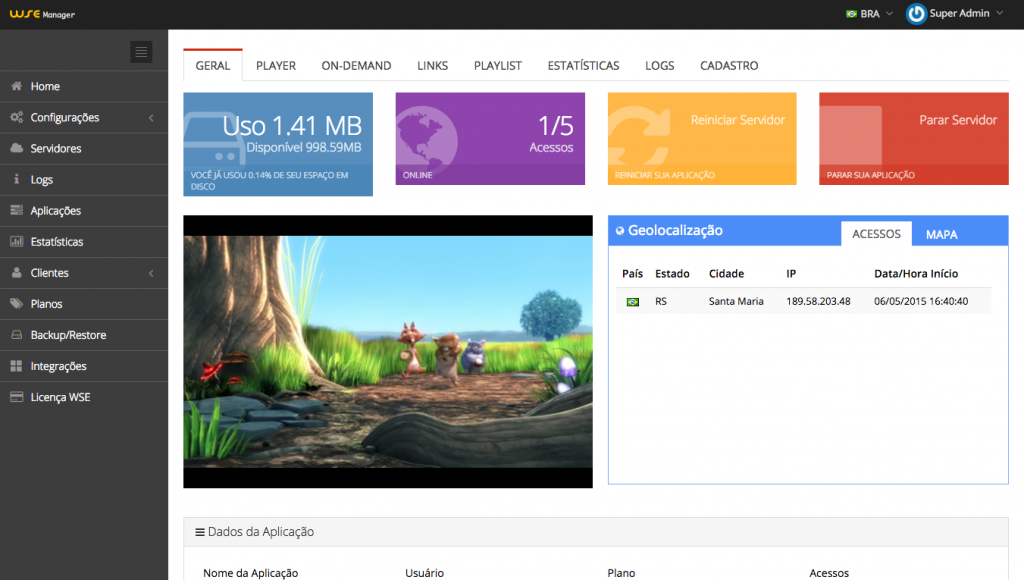 A Fresh Spin on Multimedia Engagement

This is a space close to home for me and naturally I’m especially interested in the ways that multimedia convergence is helping in the evolution of content distribution. I remember going through this with the telcos about a decade ago; its evolutionary leap fell short due to the over-control of the channels and the brands supporting them. I still see an annual crop of companies repurposing the same model every year and facing the same barriers.

What I found promising at Web Summit was a breed of new companies adding commerce and/or hardware into the equation. One company worth mentioning was BrandFan.TV, which is taking on the whitespace in broadcasting and digital media. They offer a very unique way for brands and influencers to engage audiences through a common platform and monetize the key points of that engagement.

There was also some emphasis on retail and a general flare for ‘experiential marketing’ was prominent on how tracking users online and offline can be transferred across the supply chain.

One pleasant surprise was coming across the pitch of a company right at the intersection of the “Internet of Things” & “NextGen Grocery” trend; GeniCan, from Connecticut, took the shopping list to a whole new level (in a whole new direction) by building an add-on to garbage cans that adds items to a list as they are being discarded. The itemization is done by barcode scanning or voice recognition.

Founders Dave Pestka and Rob Griffin put it succinctly when they said, “Your garbage can and recycling bin are two items in every home that until now were simple receptacles.  But a device like GeniCan gives them the ability to communicate with you.  That is opportunity.  It changes the way we keep track of what we need.  It changes the way we shop.”

Of course, it would not be a proper techn event without discussing the lack of women in technology. It’s a particularly relevant topic for Web Summit as they have stated a goal of inviting 10,000 female entrepreneurs to their 2016 event As far as 2015 went, as someone with an engineering background and who has been in tech for close to 15 years, I can’t say that Web Summit exposed a significant change in the size of the gap.

However, it was only during my participation in the final rounds of the pitch program (on behalf of my company, realSociable) that I was truly alarmed with not only the lack of female representation amongst competition presenters (I was the only one) but the nature of the response to that shortage –  I was approached by several investors that actually assumed I was a hired gun.

It was to both my delight and my dismay that I surprised them with the news that I am the company’s co-creator and Chief Data Scientist. 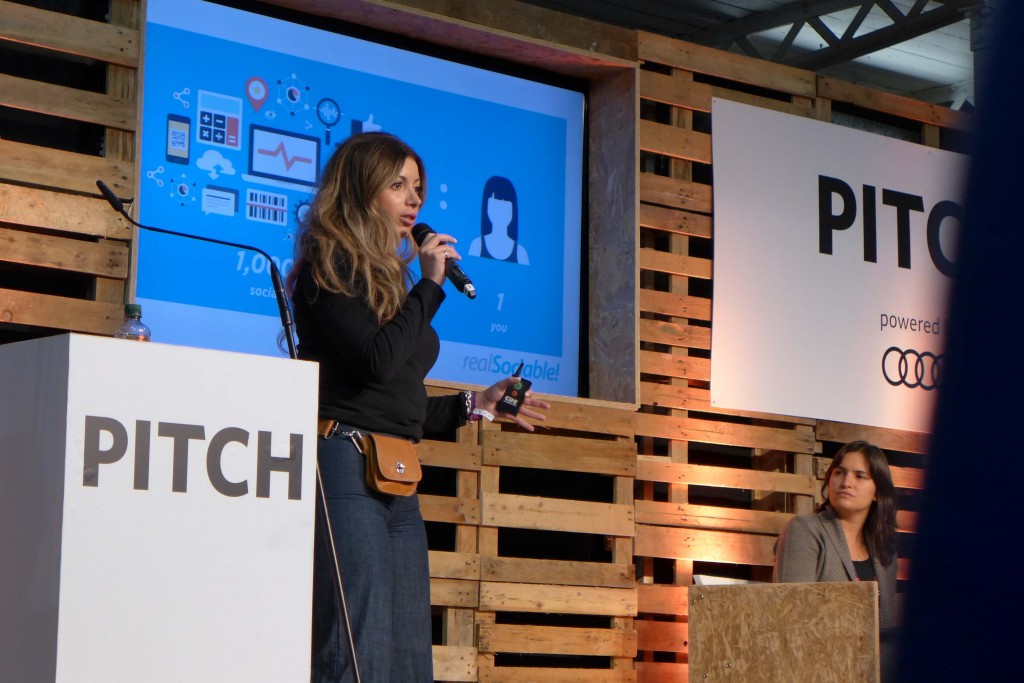 But invitation promotions, blanket “awareness” and tweaks to qualification criteria and environments that attempt to entice female attendance is not the solution. We should be looking at ways to nurture interest in technology at an early age by giving more resources at the elementary and high school level.

Rather than looking at this issue through the lens of conferences like Web Summit, we should pay more attention to foundations like CoderDojo which is a non-profit organization founded by Mary Moloney in collaboration with Salesforce.com. Mary and her company have a mission to educate every young boy and girl with the fundamentals of software and technology. As someone who has been involved in non-profits for a long time (with the help of ClubRunner technology), I knew this mission could impact change. In fact, it has even inspired me to sponsor and launch the first Dojo in Toronto starting in 2016.

It is not a conference without the requisite amount of partying. and some of the best conversations, meetings and serendipitous moments happened while sharing a pint after a long day.

Every large conference has its list of lavish sponsored events, but it was the secret invites for which  everyone was clamoring. From Facebook’s soiree at their new Ireland offices to Kleiner Perkins’ exclusive dinner, the social scene was nothing short of electric and thoroughly engaging. If you go for nothing other than the parties, you won’t be disappointed. My personal favorite was Salesforce.com’s rooftop fundraiser at Sophie’s, the Dean Hotel’s rooftop bar. It was a wonderfully executed fundraiser that also became the perfect evening to end the week. And it was easily one of the most beautiful views in Dublin. 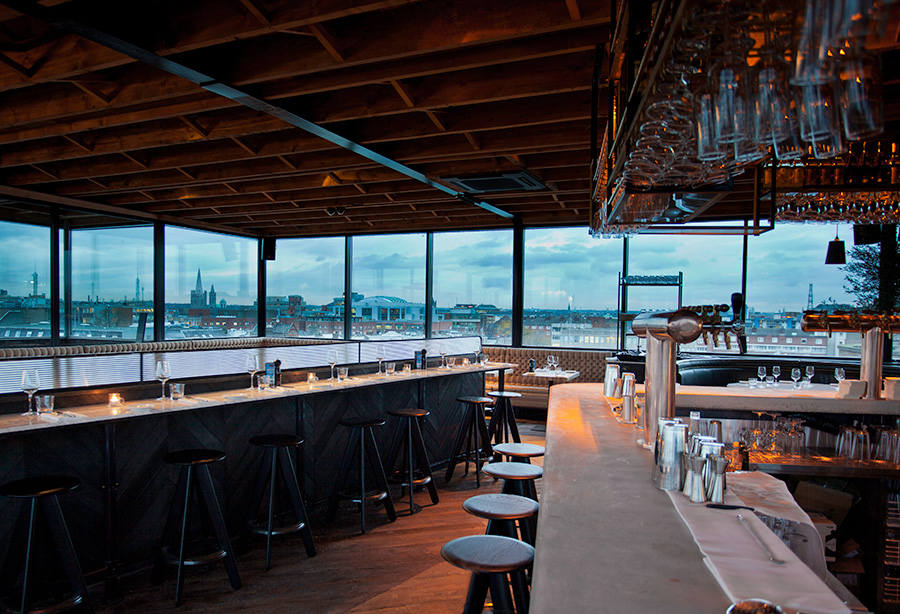 Is It Worth It?

That depends. It’s an expensive way to validate an idea for a new startup. However, if you are on a relatively well-defined trajectory and want to take a week to accelerate a clearly considered set of objectives, then you will likely get your money’s worth. I would be lying if I said that every entrepreneur  doesn’t have the fantasy of being discovered and catapulted to fame and fortune through some fortuitous moments at an event like Web Summit. I can’t promise that will happen, but given my experience, my takeaway is that it’s kinda like Hollywood; anything is possible. 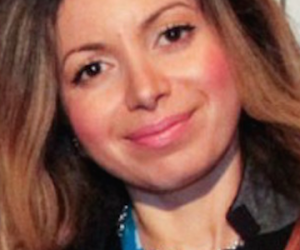 Dalia is a tech entrepreneur based in Toronto and San Francisco and is the Co-Creator & Chief Data Scientist for realSociable.com. For years, Dalia has been a notable force in technology-driven growth strategy & social intelligence having worked with leading companies in Commerce, Sales & Marketing Automation, Financial Services and Marketplaces.

Follow Me
Latest posts by Dalia Asterbadi (see all)