It’s late afternoon on the 20th of April and I’m standing in the alley behind Slim’s live music nightclub in San Francisco. I’m surrounded by a kaleidoscope of color from an array of 915 rock posters of Moonalice, Doobie Decibel System and Roger McNamee solo shows, designed by a who’s who of poster art legends including David Singer, David Larkins, Stanley Mouse and Lee Conklin.

I feel as if I have stepped through the looking glass. Or done a Dorothy Gale and slipped through a wormhole from the sepia of 11th Street, SF, to the 3-D technicolor world of rock ‘n roll meets Oz.

I’m here to interview Roger McNamee, investor, philanthropist and entrepreneur. He has been called the “Wizard of Sand Road,” and is also the founder of nationally touring bands, Moonalice and Doobie Decibel System Duo and Band.

From Gold in Tech To Golden Gretsch

Roger McNamee co-founded the venture capital firm Elevation Partners along with a number of co-founders that included Bono – maybe you’ve heard of him? Prior to starting that company, McNamee co-founded private equity firm Silver Lake Partners and headed the T. Rowe Price Science and Technology Fund. Along the way he has also been Mark Zuckerberg’s coach, Bill Gates’ editor, and an owner of Forbes.

Along with Ed Glassmeyer (T’68), Roger (T’72) provided the initial funding for the Amos Tuck School of Business’ Glassmeyer/McNamee Center for Digital Strategies. Roger credits Tuck, his M.B.A. alma mater, with a good deal of his success, saying, “Without Tuck, there is no chance that I would have gotten into investing, let alone be successful at it. There’s just no way to overstate the significance of Tuck for me.”

Today the man with the golden tech pedigree is most likely to be seen on CNBC’s Squawk Alley, or on a stage with his golden Gretsch playing original tracks and rock covers, and laying down some mean guitar solos on songs like “Hesitation Blues” and “Little Wing.” And in true 24/7 entrepreneurial fashion, he’s doing all that at more than 100 shows a year including major festivals like Hardly Strictly Bluegrass, LOCKN’, BottleRock Napa or at club dates during Jazzfest in New Orleans.

According to an article in the Wall Street Journal, “Moonalice’s music may be a throwback to the 1960s, but the band’s technology is cutting-edge.” Roger is also quoted as saying, “We run the band as if we’re a Silicon Valley start-up trying to invent something.”

Roger frequently draws parallels between building a band and building a company;

“Building a band is just like building a company: You need capital, ideas, the right people, and, above all, patience. Everything has a natural rhythm. You cannot rush it.”

So, from his lips to your startup, here are Roger’s business tips:

Better Be An Expert

“The thing I have learned is it doesn’t matter what field you’re in. There’s certain things that every startup has to do in order to be successful. The thing I would tell you before you start, before you do anything, you want to become a domain expert in whatever it is you’re going to do. You’ve got to figure out what are the rules, right? Who are the big players? What are the mistakes people have made in the past? What are the things that people have done to make themselves successful consistently…You’ve got to really know the thing you’re doing, and you’ve got to know it not just better than you knew it before, but you’ve got to know it better than anybody else…Because it turns out at the end of the day, the biggest thing that causes people to fail is not stuff that they did wrong, but stuff they failed to anticipate that happens to almost everyone.”

No Room for Wrong

“Startups are like that, and bands are no different. The difference with Moonalice and Doobie Decibel System is simply demographic. The music business is dominated by two kinds of people, folks who are older than me who are in the same band they were in forty years ago when they were really famous, right – Paul McCartney or the Rolling Stones – or really young people, way younger than me, whose friends are still figuring out new kinds of music that they like and adopting new music and making it happen. We didn’t have any of those advantages. We didn’t have any record labels knocking on our door. We didn’t have publicists who wanted to spread the word. We had to do this one step at a time, because rock and roll journalists, they weren’t interested in people our age.”

“…look around you. Look at what the technology that other people are creating allows you to do in your business. Find some way to leverage what they give you for free, and then find some way to use the stuff that doesn’t cost very much to get some level of competitive advantage.

…it happens that we started Moonalice basically the same time that Twitter and Facebook were getting started, and initially we used Twitter with tremendous advantage. We were the first people to do what we called Twittercasts, which are live broadcasts where we distributed the sound files or links to the sound files using Twitter…If you were listening to the show, you would get each song in the middle of the song after it was played, so you were effectively…listening to it on tape delay.”

“Then it became possible to do videos to smart phones, live streaming. We were for sure the first band to do that ourselves and get that figured out… 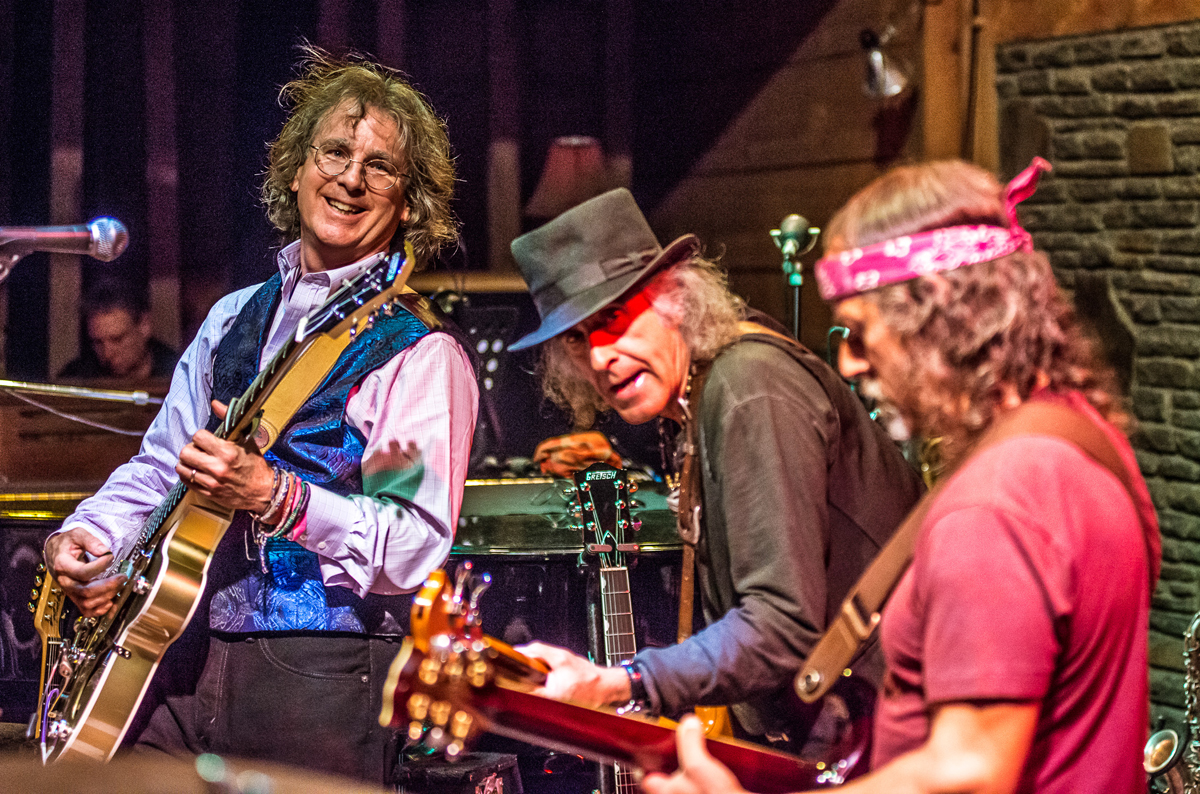 We’ve been messing with everything that comes along, and we’ve figured out tricks. You look at Facebook or Twitter, and you want to understand what are the things that they depend on. What makes them successful? Well if you’re at Facebook right now, it’s video. It’s all video. We were the first people to do live video on Facebook of rock bands. We did our own and I was broadcasting the Dead and Company shows I went to, getting literally fifty thousand people watching my broadcasts from Dead and Company in Albany, New York…”

“At that point, it took our engagement to such a high level that even though we only have…four hundred and ten thousand fans, we were running a weekly engagement in the millions, like up to three million. Our peak was over three million engaged in one week. That means they were liking, sharing, or commenting on something we did. If you’re a band, hell, if you’re any kind of business, if you can get that level of engagement, you’ve got a chance. It doesn’t matter how old you are. It doesn’t matter what kind of music you’re playing.”

To Be Good, Anticipate The Bad

“We live in a very unusual time because there is a mania in this country to do startups today, and the problem is it’s caused a lot of people to think it’s not as hard as it really is. In my experience, doing a start-up is brutal even when it works, and when it doesn’t work, it’s painful. Since you’re going to be busting your ass for a really long period of time, you want it to work. In order to do that, it really helps to anticipate the things that are going to be a challenge. Know what they are before you start so that when they come along, you’re ready and you know how to respond. Preparation, another huge thing that goes on there.”

“I hope all this was helpful. I want to thank you for watching, and if you want to learn more, just go to Moonalice.com, look at that website, a very unusual website, but it suits the band really, really well. Go to our Facebook page, which is Facebook.com/Moonalice or Facebook.com/DoobieDecibelSystem, and you’ll see what we’re doing. If you ever have any questions, just ping Gail Barnes, because she knows all the answers. Anyway, we love you. Thank you so much for watching.”

There you have it. Business tips from an expert who is as generous with his praise as he is with his philanthropy. Rock on, Roger!