There’s nothing fun about divorce. On top of the hurt feelings, split holidays, and new living arrangements, there’s the ever-present, ever-sticky problem of child support. Even for the most organized people, it can quickly become a confusing nightmare of text messages, piles of crumpled receipts, poorly constructed spreadsheets, and hastily typed, sometimes drunk, always angry emails. It’s an emotionally charged issue laden with intricate details, which is almost always a recipe for disaster.

SupportPay, the world’s first automated child support system, just raised $4.1 million in a Series A round to help alleviate some of the headaches. That brings their total funding up to $6.8 million since launching in 2011.

Why Wasn’t This Always A Thing?

From a functionality perspective, SupportPay is pretty straightforward. Couples can easily track what is owed to whom, upload relevant documents (like receipts), report expenses, and make payments to one another.

It’s one of those things that you kind of can’t believe didn’t exist a long time ago. “I’m a child of a bitter divorce and also went through my own divorce a few years ago,” explains SupportPay’s CEO Sheri Atwood. “I created SupportPay when my search for a better way to exchange and communicate about child support payments and shared expenses with my ex-husband proved fruitless. He wanted to see where the money was going and I was tired of being the bill collector. I searched for many years for a solution and there was nothing out there. So I built one.”

In other words, SupportPay is the perfect example of “fixing a ‘fuck this’“–the surest way to startup success. 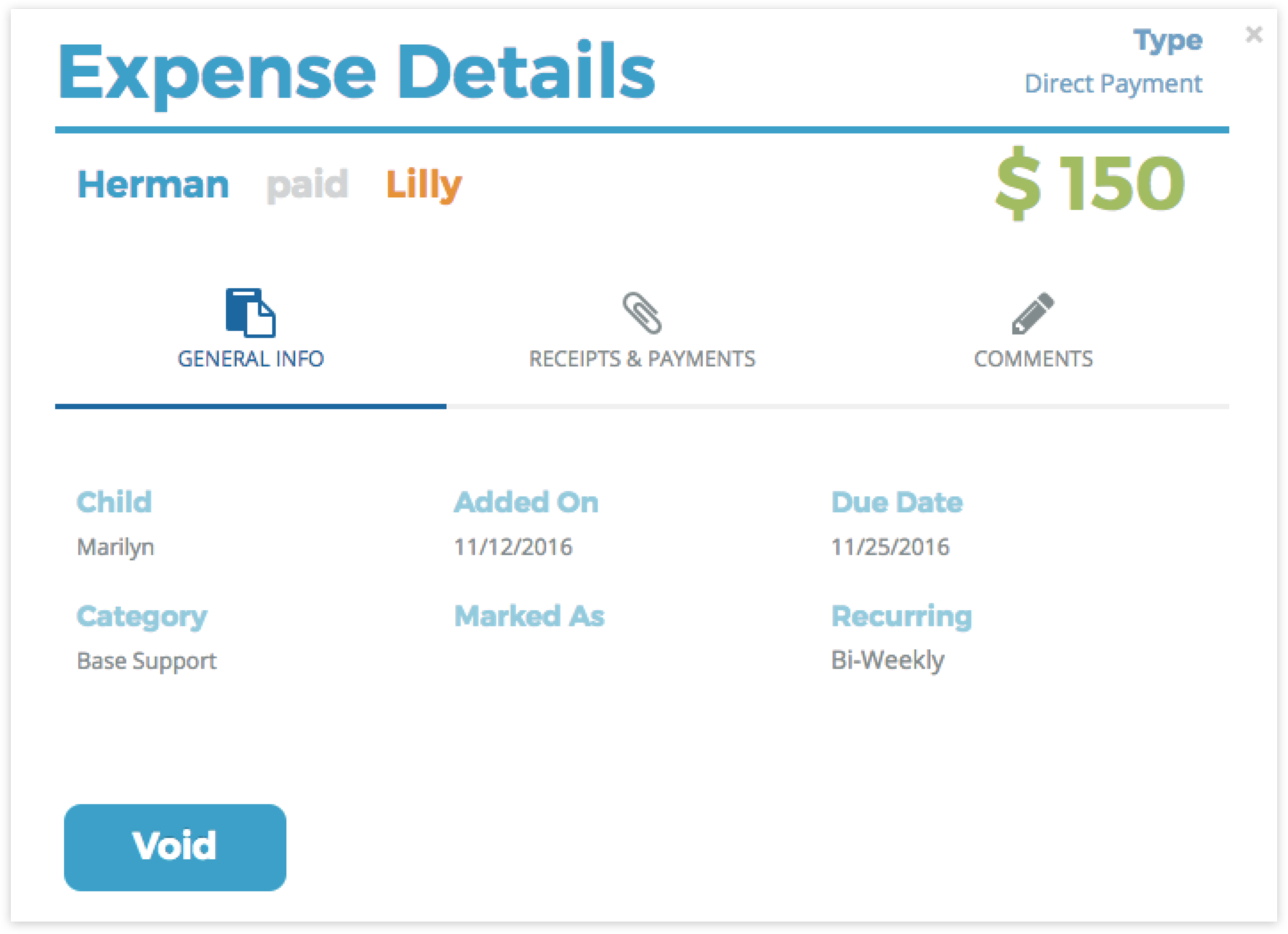 SupportPay has around 40,000 customers, a number likely due, at least partially, to them being the only good solution of its kind out there. As Atwood put it to me, “The only other option on the market right now is a manual process of spreadsheets, shoeboxes of receipts and a lot of arguing and frustration.”

Getting SupportPay to the point of needing Series A funding wasn’t easy for Atwood. First and foremost, she faced some serious bias. “Being a woman, single mom, and entrepreneur over the age of 30 is incredibly difficult,” Atwood admitted.

Second, she had to do a lot educating when it came to SupportPay. Because they were first to market, they had to spend a significant amount of time convince people that they were a legitimate company with a legitimate solution and that their software-based solution was in fact a better alternative to spreadsheets and text messages.

Show Me The Money

The obstacles didn’t stop Atwood. In fact, it was their growth that led them to pursue series A funding. Not only are they working with parents to simplify child support, but they’re also working with several states to modernize broader child support systems. SupportPay plans on using the recent funding to continue to expand their development team as well as market the product to very targeted audiences, such as lawyers, mediators, judges, and state governments. 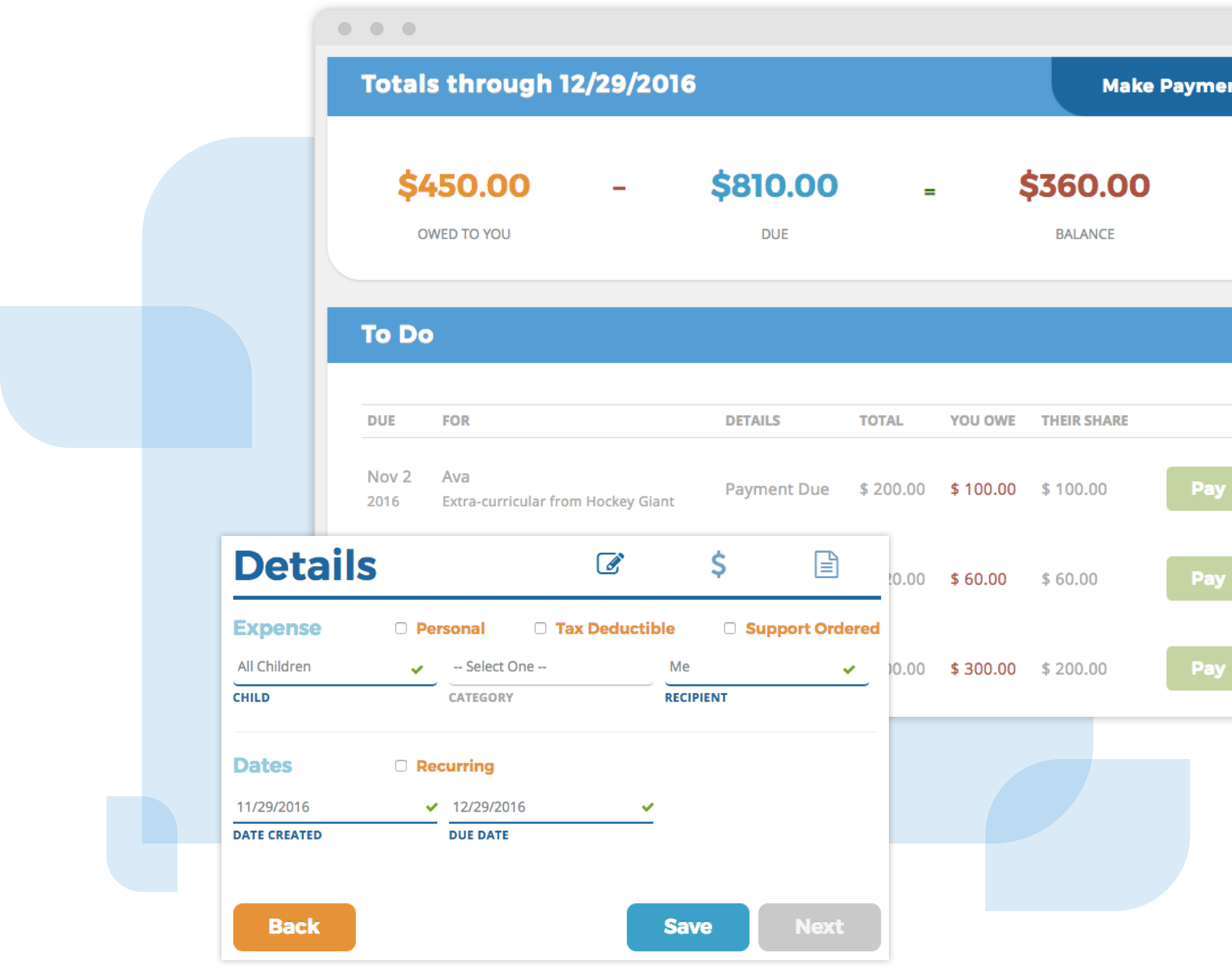 It Takes A Village

Over time, Atwood has plans for SupportPay that go well beyond post-divorce payments. “The vision for the company is to be the family financial management platform,” explains Atwood. “The name of the company is Ittavi–stands for “it takes a village”–and SupportPay is our first product. We would like to be the standard system for parents and government systems as well as expand into other situations where people are sharing money across households. For examples, siblings taking care of their parents.”

That’s certainly ambitious but Atwood seems to have a solid process in place for developing hit products:

Makes a whole lot of sense to me. For now though, I’m happy to know her product is out there, and just as happy that I don’t have to use it.