Move over, iMovie (and, uh, Windows Movie Maker, I guess?): amatuer video editing is ready to explode, and it’s headed straight for the cloud.

We’ve been heading in this direction for a while. Name something a sizable number of people do with a computer, and chances are there’s a cloud-based service that will get it done.

We type documents using server-side word processors like Google Docs (I’m doing it right now!); we listen to music via online streams like Spotify and Pandora or via videos on YouTube (I’m doing that right now, too!); we even find, creep, reject, and occasionally meet potential romantic partners thanks to apps like Tinder and sites like Omegle, apparently (I’m not doing that right now. What? I’m not, I swear!).

And of course, we’ve moved away from DVDs and traditional TV towards streaming video from Netflix, Amazon, Hulu, Vudu, etc., etc., etc. Even HBO finally capitulated to demand this year, launching HBO Now as a standalone service that allows on-demand streaming of their content on any Internet-connected screen (their other streaming service, HBO Go, was launched in 2010 but requires a traditional HBO subscription through a cable provider). 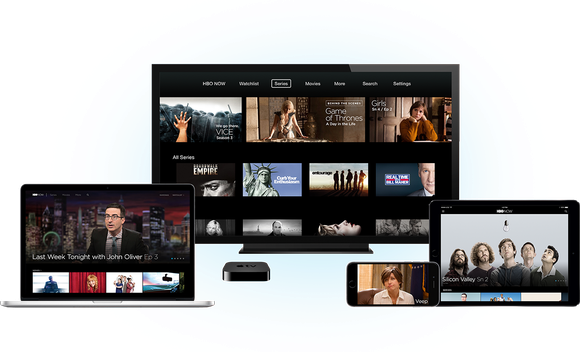 Soon, we won’t just be watching video from the cloud: we’ll be editing it there, too.

Yes, there are already a few completely cloud-based video editing services around, but their functionality is a little lackluster, their quality sometimes questionable, and their prices (or watermarks and use limitations) not especially attractive. If you just want to share a clip of grandma’s wake, they’re fine, but if you’re trying to stitch a short movie together from multiple shots—or do anything more powerful—they’re unwieldy.

A few things promise to change that.

First, we have Adobe Premier Clip, an iOS app released a year ago that gives iPhone and iPad users some of the same video editing tools available in their desktop-bound editing software, Premiere Pro. Premiere Clip isn’t entirely cloud-based, but the automatic backup, cloud-stored soundtracks and effects, and some of the back-end tech stuff I barely understand makes it enough of a hybrid to count in my book.

Besides, the ability to edit from mobile devices will be a HUGE part of the cloud-based editing boom, and Adobe can safely say it got there first (at least, got there first with a tool that the heavily-sought prosumer crowd will use…sorry, WeVideo).

Second, BeBop Technology had a coming-out party a couple of weeks ago, announcing their “tool agnostic” cloud-based video editing platform that allows editors to use native programs to edit server-stored content without downloading or re-uploading.

Founded and staffed largely by Hollywood honchos and rounded out by some leading cloud developers, the flagship platform from BeBop is geared towards enterprises, not prosumers or even indie filmmakers. Its main value proposition is security rather than editing power—fewer transfers means fewer chances for data corruption or interception (and leak). It’s a major step in cloud editing all the same, and a sign that software, hardware, and fleshware are finally coming together on this.

Finally, we have Google’s purchase of Fly Labs, maker of a series of mobile apps used for basic video editing in a manner that again hybridizes cloud and native functioning. The purchase was announced on Friday, and according to a statement on Fly Labs’ website their personnel will be joining the team at Google Photos, which already offers completely cloud-based photo editing.

I’ll let you connect the pixels.

When Adobe, a startup with real film industry experience and backing, and the biggest Internet brand and service provider in the world are all heading in the same direction, it’s safe to say that a flock of smaller startups and hangers-on will (and probably should) follow.

As a sometime-maker of silly YouTube videos and short films, I applaud the rounds of investor-fueled innovation and bloody, tumultuous defeat we’re bound to see over the next couple of years.

Anything that will let me finally ditch my MacBook.