Biometric door controls used to be limited to commercial and industrial use but they’re now becoming affordable enough for the home. There are now a variety of smart devices on the market which is making it easier for homeowners to upgrade their security with minimal effort on their end.

The Ultraloq UL1 developed by U-Tec is one such device that enables users to use their fingerprint as their key. In addition to the fingerprint reader, users also have the option to use their smartphone as a key. By enabling the Bluetooth proximity detection feature, users only have to shake their phone when it is within 5m of the door and Ultraloq will unlock.

For those who don’t use smartphones, Ultraloq also can be unlocked with a contactless keyfob. When presented in the vicinity of the handle, the door will instantly unlock. The fob uses the 13.56MHz frequency smart technology for fast and adequate identification. Should the key get lost, users only have to remove the entry from their smartphone and the fob will be deactivated.

As with many smart devices, Ultraloq has an iOS and Android app designed to simplify operations. Aside from the shake to open functionality, users can also view access logs in the app for detailed information on who opened a door lock, at what times, and how they gained access. The UL1 supports managing up to 100 users. If a second smart lock is installed, the clone functionality makes it possible to copy over all the access preferences with minimal effort.

Since security is essential for any smart device, Ultraloq uses a dual encryption process to ensure user privacy. Communications between the UL1 lock and the user smartphone are encrypted using bank-level 128-bit AES encryption.

The second layer of protection is the dynamic key. This randomized key code changes with every digital connection so that even if encrypted data were captured, it still would be impossible to unlock the door.

Should users require temporary access to a property, there’s an optional bridge upgrade which enables users to grant access to the smart lock for specific dates and periods of time. There’s no limit on the number of users which can receive eKey access and the device only needs to be purchased once. 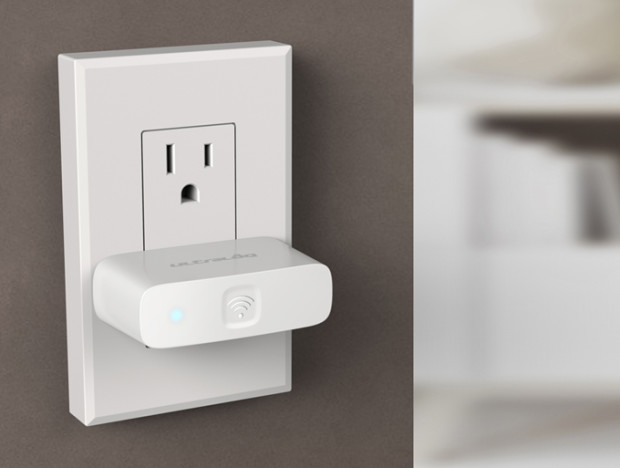 So far the makers of Ultraloq have raised over $137,000 via crowdfunding with an estimated shipping date of October 2017. Early bird pricing for the device is $129 which is 58% off the suggested retail price of $318. Each of these purchases includes an Ultraloq UL1, two key fobs, an Ultraloq bridge, a screwdriver, screws, and 4AA batteries.